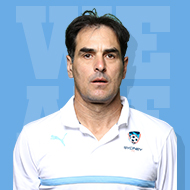 Robert Stanton came on board as Sydney FC’s Foxtel National Youth League and Playstation 4 NPL Men’s Head Coach at the start of the 2015/16 season.

Stanton has a strong reputation in the game for producing talented young players, and has won numerous State and National League titles both as a player and as a coach.

The success continued when he coached both the 1st grade and Under 20’s NPL2 squads to win the double of Premiership and Grand Final Champions titles in Sydney FC’s debut season.

The outstanding results of both squads combined with the Under 18’s finishing as runners up saw Sydney FC crowned NPL2 Club Champions and gain promotion to NPL1 for the 2017 season.

Stanton then added more silverware to the trophy cabinet when the 2016/2017 Foxtel National Youth League side won the Conference B premiership before finishing runners up in the Grand Final to Melbourne City 2-3.

With the majority of the squad still together for the NPL1 2017 season he is excited about the prospects of his young charges as step up to the new challenges of senior football. 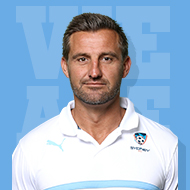 Former Sydney FC and Socceroo striker David Zrdilic came on board mid way through the NPL2 season as assistant coach which he continued into the 2016/2017 Foxtel National Youth League competition.

Zdrilic will take charge of the Under 20 squad in NPL1 while also assisting Stanton with the 1st grade squad preparation.

He represented the Sky Blues on fifty nine occasions and won thirty caps for the Socceroos scoring well over 100 goals in his professional career having played in Switzerland, Germany, England and Scotland.

Not only does he bring A-League and national team experience to the combination but also having played in Europe he has been exposed to various coaching philosophies and styles which will add to the Sydney FC overall game plan.