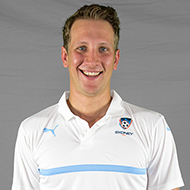 “Jim has spent the last 5 years at Manly United, gaining valuable experience in the club’s renowned Skill Acquisition Program and as Head Coach of teams in the NPL Youth competition. Since 2013 he has been the club’s Assistant Technical Director, overseeing the development of the club’s playing style from U12 to U16 and the implementation of annual training plans for all squads. Jim holds a Masters Degree in Sports Coaching and has almost completed the FFA A Licence course. From October this year, Jim will also assume the role of Head Coach of the Football Program at Endeavour Sports High School (a Sydney FC Football School)

“Over the last ten years, it’s been my job to observe and evaluate coaches and Technical Directors around Australia. I’ve seen Jim working at Manly United on many occasions and I think he is first class. I’ve been very impressed with his coaching style, his obvious rapport with young players and his ability to take onMboard new ideas and implement them.” – words by Academy Director Kelly Cross. 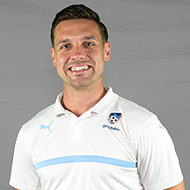