Time Flies According To Grant

Sydney FC star Rhyan Grant becomes the first 10-year Sky Blue on Friday night against Perth Glory, and it’s no surprise the decade had gone quick according to the full back.

Reflecting on his memorable moments Grant picked out his 2017 Grand Final equalising goal as his most favourite, as he eyes off capping his decade of service with three points on Friday night away to Perth.

“It’s a big honour and something I’m pretty proud of,” Grant said of his 10 years at Sydney FC.

“We’ve had a couple of successful years and that’s gone by pretty quick, but at the same I feel like I’ve been here for a long time.

“I’ve had a couple of injuries that’s made a few years lag on a bit but it feels like it’s gone pretty quick.

“I think it would have to be the goal in the Grand Final [his favourite moment]. To get the equaliser was pretty special, and the atmosphere at the ground as well makes it number one. 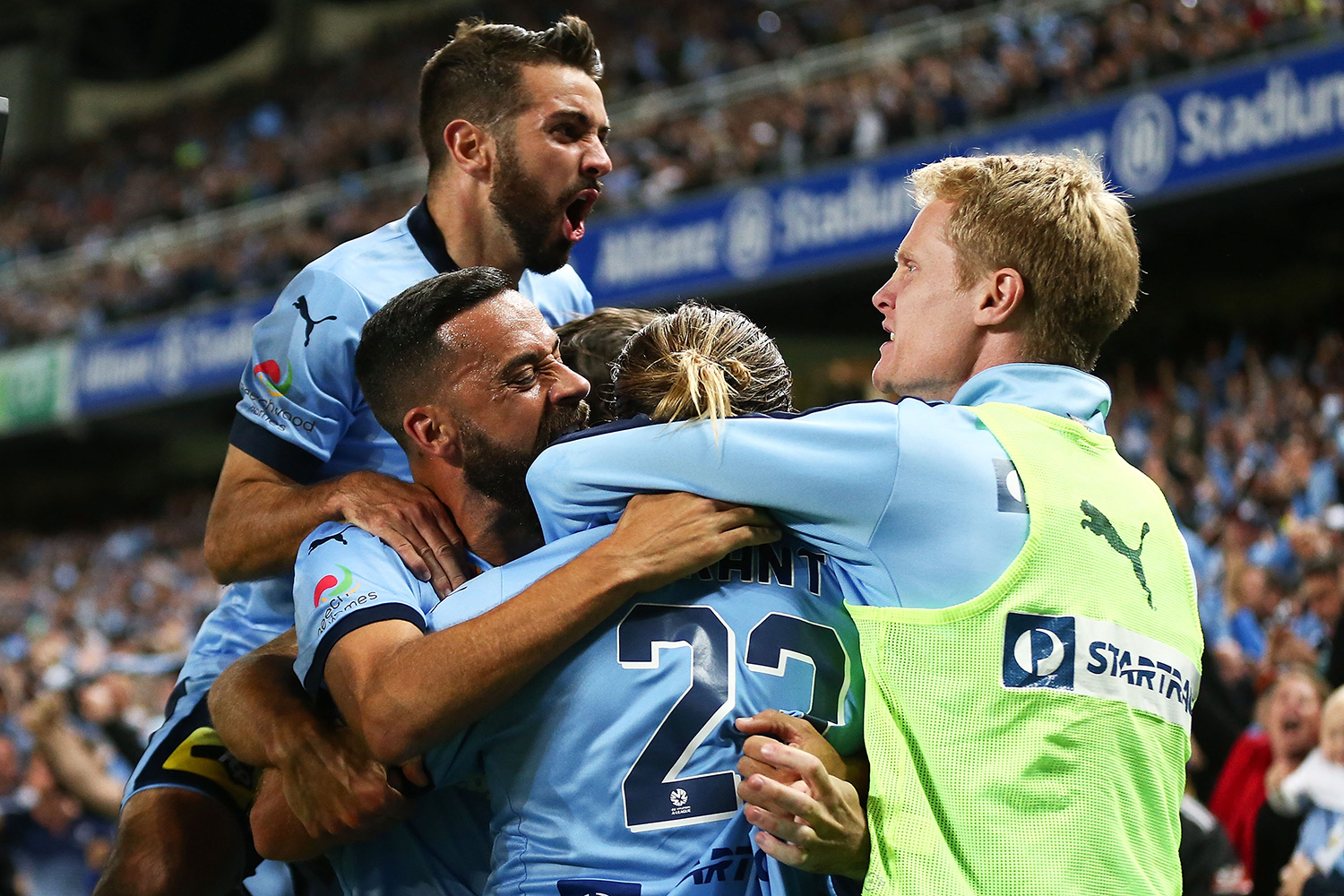 “We want to win every game and that hasn’t changed for the whole 10 years I’ve been at the club,” he continued.

“It’s going to be a good fight for us, it’s something we’re looking forward to. We’re quietly confident we can go there [to Perth] and get the three points.”

Grant said the win at the weekend over Western Sydney would spur the Sky Blues on heading into their clash at nib Stadium, as the Socceroo said he’s expecting a fiery clash against the league’s last remaining undefeated side.

“It was a tough game [against the Wanderers] and we still had to score the goals to get the three points so it kicked us back into shape and prepared us for this week,” Grant said.

“I think everyone in the A-League backs themselves to beat any team on our day.

“We know as Sydney FC teams always want to beat us. Perth are unbeaten so they’re going to be up for it, it’s going to be a good clash.

“It’s just another game, we plan going into every game to win. Perth have been doing really well so in that regard it’s going to be a big game but we just worry about ourselves and go from there.”

Sydney FC return to Hyundai A-League action on Friday night away against Perth Glory (kick off 9pm AEDT). #WatchWithUs LIVE on Fox Sports 505 & the My Football Live App or follow us on Twitter for updates.