Getting set for his 150th Hyundai A-League cap, Captain Alex Brosque hosted the live Twitter chat today ahead of Sunday’s clash against the Phoenix. During the hour we learnt who the toughest player he’s faced was, what he eats on the way home from Newcastle and who he rates as a future A-League star.

CHRISTOPHER: From your time in the JLeague, What do u think the Aleague could do better in? Not much, as seen in the ACL the A-League in terms of quality is getting much much better! #SydneyFanChat

Todd Byrnes: What do you guys prefer? Home or away game for finals? Considering our form away from home? Always prefer playing at @AllianzStadium. Nothing like winning a finals match at home! #SydneyFanChat

SCOTT: Are you ready for finals & do you think @SydneyFC can win the a-league? Yes very ready! We don’t fear anyone, so we can definitely win it! #SydneyFanChat

Ross Anderson: Brosquey, lots of promising young players coming through our ranks. Any one in particular you see as a future star? One that people haven’t seen much of yet, George Blackwood. He’s a very exciting young player! #SydneyFanChat 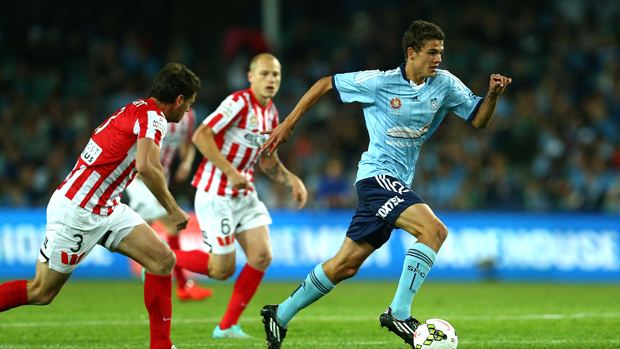 SkyBlueSyd: do you have any superstitions? if so, what are they? Good luck for the weekend! Not really, I’m fairly boring when it comes to that stuff though I wish I did! #SydneyFanChat

Evan Sieff: Has the #SydneyStorm affected the team’s preparations for Sunday? No not at all, the pitch has held up well and we’ve had 2 very good sessions. No problems at all! #SydneyFanChat

Alexandra: Are you enjoying training in the floods? How many hattricks are you going to score on Sunday? I’m a strong swimmer so training in it is enjoyable! I’d love nothing more than to get a hatrick! #SydneyFanChat

Covette: Hi Brosquey. Apart from the abuse you undoubtedly cop in Fairfield, do you still come across a lot of SFC fans in that area? Yes there’s still plenty of Sydney supporters who have stayed faithful out west. Always pleasing to see them! #SydneyFanChat

YUMNA: What do you think about #SydneyFC performances this season..?? Overall, Im very pleased. Had a rough patch in the middle but at no point did we stop playing good football #SydneyFanChat

Alexandra: Brosquey, do you like having the same name as me? And please continue tearing Sydney FC apart. Alexandra, i’m not too sure about for a boy. Alex is good though #SydneyFanChat

Dennismate: How would you describe the feeling of scoring the winner in the derby at the beginning of the season ? It was unbelievable! It was my first #SydneyDerby in front of a full house. Something I’ll never forget! #SydneyFanChat 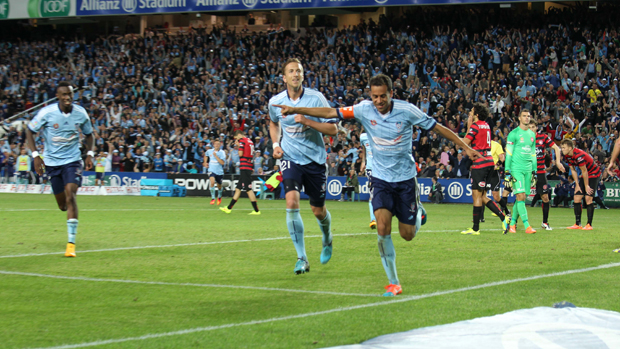 sam marrone: Hey Brosquey, Do you & MJ egg each other on before a game on who will score 1st? Also, awesome job as Capt. Thanks! Not really because like our golf game, @JankoMarc will more than likely beat me! #SydneyFanChat

Sydney is Sky Blue: Some people on here(Twitter) are saying you will retire if we win the GF this year. Can you please tell us that’s not true? It’d be the best possible way to go out but hopefully with the ACL to look forward to I’ll be onboard #SydneyFanChat

Matt Coleman: How was Jim Jefferies? I thought he was brilliant, he was very funny. Had me in stitches all night! #SydneyFanChat

Anthony Vescio: Hi Brosquey! Which starter Pokemon did you choose? No I didn’t I think they were a bit past my generation! #SydneyFanChat

jared coote: hey mate do you believe Blatter should once agin run FIFA? Be honest. The politics side of football isn’t for me to answer sorry. #SydneyFanChat

Peter Hines: what’s our issue with defence at the moment? As the captain what is your role in the field to help tidy this up? Small lapses in concentration. As one of the leaders in the team it’s my job to keep the boys focussed! #SydneyFanChat

Hamish Walsh: Who’s your favorite keeper to bang a few past? Eugene Galekovic, because I rarely do. #SydneyFanChat 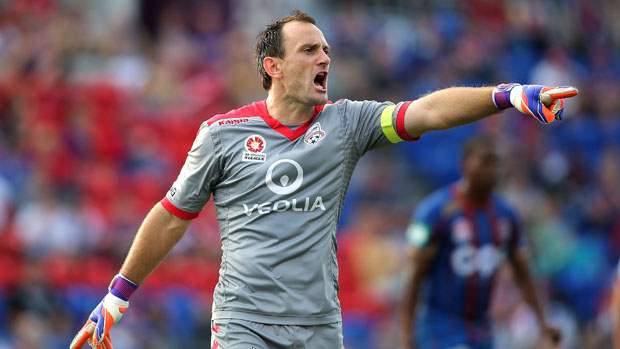 Dale Roots: where does the Sydney Derby rank in terms of games you’ve played? Right up there! To think a #SydneyDerby like this one would exist used to be a dream! #SydneyFanChat

Katie Towers: Alex you have been in top form of late, what has contributed to this success? Thanks! Can’t put it down to anything in particular, just happy it’s happened at the right time. Hope it continues! #SydneyFanChat

Lanz: Who would you most like to play in a team with in the world and why? Probably Messi or @neymarjr #SydneyFanChat

cfc and the red v: Who is the toughest player you have ever played against? @VincentKompany from my time in Belgium. #SydneyFanChat

mariah: Can I marry you? Lol If I wasn’t married, maybe haha #SydneyFanChat

Sydney is Sky Blue: Will you be allowed an alcoholic beverage at the Sky Blue Ball next week? If we finish 2nd and get that weekend off I’ll have one. #SydneyFanChat

sam marrone: Sorry another Question. After the Newcastle game, do you guys do a McDonalds run on the way home? No, but we actually get pizza’s ordered to the Stadium to have on the bus on the way home! #SydneyFanChat

Jake Smith: Thoughts on how Stambolziev has been performing? Seems like a good pick up? He’s made a real difference off the bench for us, and was good to see him get the winner last week! #SydneyFanChat

CHRISTOPHER: Best player you ever played With & also Against? With In terms of technique, Omar (UAE no.10). All round player, @HarryKewell. Against, Carlos Tevez. #SydneyFanChat 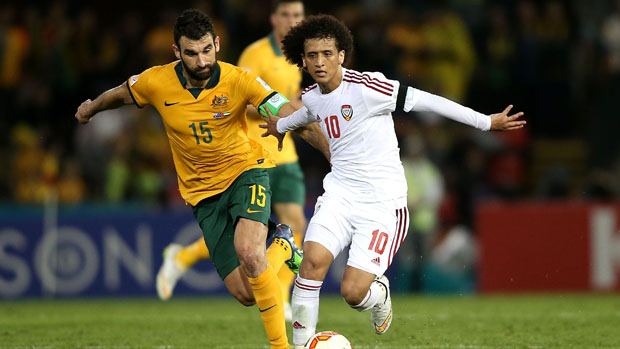 sam marrone: Do you find yourself singing The Cove Chants throughout the game? Yeah, funnily enough if there is a break in play I catch myself singing along. #SydneyFanChat

Lanz: What made you want to first start playing this lovely game? My dad played when I was young, naturally as soon as I was old enough I put on a pair of boots! Loved it since. #SydneyFanChat

Kyle: what’s your favourite away trip in the A-League? Melbourne in general #SydneyFanChat

Nathan Hedges: Can you come to the cove for a photo with the boys for instagram? If we win the GF I’ll be there! #SydneyFanChat

Mary Tsounis: Hey Alex, who was your favourite player whilst growing up? Michael Owen #SydneyFanChat

Evan Sieff: John Kosmina said on @FOXFOOTBALL that GA and Clarkey have you fitter + faster than ever before. Would you agree? I’m definitely noticing the affects of all the work they’ve put in to get my body to where it needs to be! #SydneyFanChat

SkyBlueSyd: If you could be any celebrity for a day who would it be and why? Leonardo Di Caprio. Seems like he’d be a great guy and lives and unbelievable lifestyle #SydneyFanChat 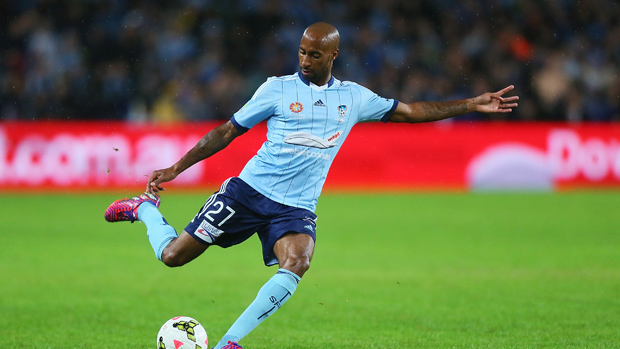 Taylor Cowper: Do you always play with @SydneyFC on #FIFA15 ?? With two little girls running around the house i don’t get much time for FIFA anymore #SydneyFanChat

CHRISTOPHER: Favourite @Socceroos memory (that you’ve been part of)? Even though I was injured for the final match, being a part of the celebrations when we qualified for 2014 WC! #SydneyFanChat

sam jones: What’s Arnie like behind the scenes? Is he just as grumpy as sideline Arnie, or does he let his hair down and joke around? He doesn’t have much hair to let down, he’s generally always grumpy haha but he’s fantastic with the boys! #SydneyFanChat

Jake Campbell: Brosquey, when u retire from football, do hope to have some coaching/mentoring role at the club? I hope to stay involved with the club in some form. In what capacity, we’ll see. #SydneyFanChat

Alexandra: Who are you cheering for in the FA Cup? It was Liverpool, but now Arsenal! #SydneyFanChat

FATY doudou jacques: Love u brosque. Hope u will stay forever in Sydneyfc. Question what is ur best memories as a soccer player? Thanks buddy! Best memory is beating you in 4v4’s yesterday 😉 #SydneyFanChat

sam jones: Brosquey, what’s the mood like in camp? Are you drawing any sims rites between this season and 09/10? A lot of similarities to 09/10. The atmosphere amongst the boys is fantastic! The boys are enjoying the football #SydneyFanChat