The award winning mortgage and advisory business have been sponsors of the Sky Blues for the past three seasons, and will come on board as Captain’s Partner receiving mentions on the big screen and website next to Alex Brosque’s name as well as a range of hospitality and other signage benefits.

“I’m pleased to have Potentia Capital on board as our Captain’s Partner for the 2017/18 season,” he said.

“The Sky Blues Corporate Family is one of the biggest and best in the Hyundai A-League and we pride ourselves on the relationships we hold.

“I’m looking forward to working with Potentia Capital this season and I’m confident of mutual success.” 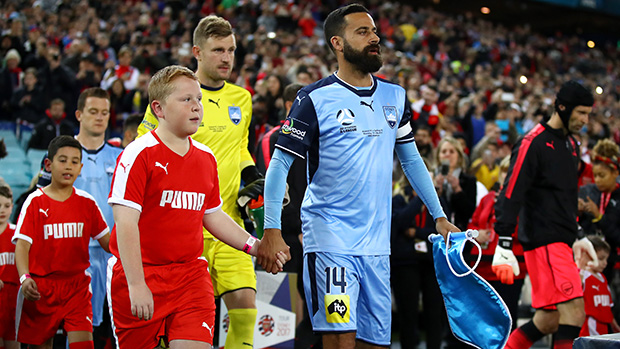 Principal of Potentia Capital, Gino Marra, who is also a director at Southern Districts FA where Brosque plied his trade as a junior, said he was pleased to be on board.

“I’m glad to have Potentia Capital on board with the Sky Blues for another season,” Marra said.

“As an award winning business and a leader on our field, it makes sense to be aligning with a Captain with the stature of Alex Brosque.

“I’m excited by what the future holds for Sydney FC and I’m pleased that we’ll be a part of it.”