Simon will begin his second season at the club after joining Sydney FC at the start of the Hyundai A-League 2015/16 season, where he played an instrumental role in spearheading the Sky Blues to the last 16 of the AFC Champions League.

The towering centre forward, who received a standing ovation from the Allianz Stadium crowd following his performance in the crucial 1-0 win over Pohang Steelers, said he was looking forward to another season with the Sky Blues.

“I’m really pleased to be able to spend another season playing in front of our fantastic Members and fans,” Simon said.

“I think we showed in the AFC Champions League at the end of last season we are a club capable of matching it with the best.

“I feel we are a squad who has a lot more to give in the A-League this season and with the new additions to the squad, we’ve got a great shot at silverware.” 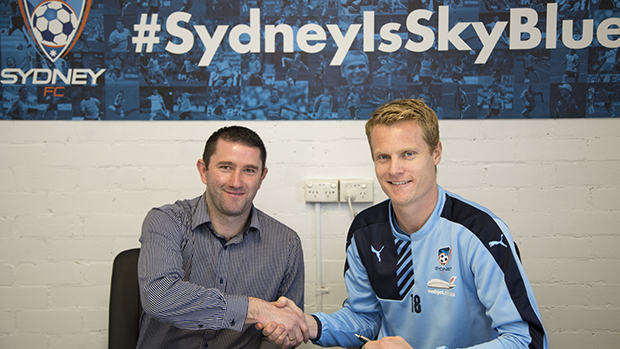 Head Coach Graham Arnold said he was glad to have the striker, who sits eighth on the all-time list of leading Hyundai A-League goalscorers, on board.

“Matt’s power, muscle and ability to cause headaches for defenders was hugely evident last season, especially in the AFC Champions League where his qualities helped us go further than this club has ever gone before in Asia.

“He definitely provides us with a different option in the front third and despite struggling with a rib injury for a large part of last season, he still put his body on the line for the club whenever called upon.

“He can score goals and is a great leader to our younger players on and off the field,” Arnold continued.

“Now he is back to full fitness, I’m confident Matt will thrive this year.”

Simon’s renewal brings the Sky Blues’ Hyundai A-League 2016/17 complement to 16 players ahead of the season kicking off in October. 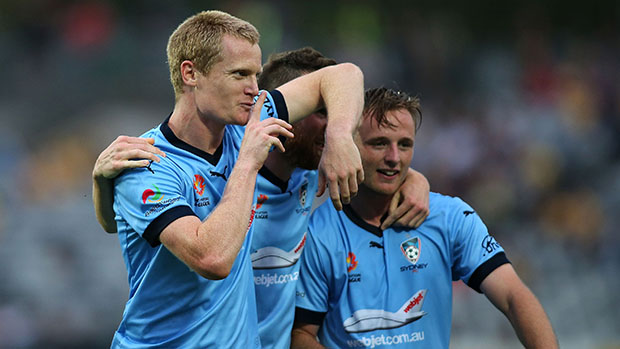