Sydney FC saw out a second half scare from the Melbourne Victory to claim the three points in Sunday’s televised Westfield W-League clash at AAMI Park.

Sydney FC saw out a second half scare from the Melbourne Victory to claim the three points in Sunday’s televised Westfield W-League clash at AAMI Park.

The Sky Blues put in a dominant first half showing, with Amy Harrison setting up Leena Khamis and Jasmyne Spencer for goals, and they could have had more were it not for an inspired first 45 from Victory goalkeeper Melissa Barbieri, as Sydney FC settled for a two goal lead at the break.

Mindy Barbieri clawed a goal back for the Victory at the start of the second half to set up a grandstand finish, however some resolute defending from the Sky Blues and goalkeeper Michelle Betos ensured the lead remained intact and the Sky Blues finished with three points leading in to the New Year.

Sydney FC have a bye next week before facing the Newcastle Jets at Lambert Park, Leichhardt on Sunday 10 January (kick off 4pm). 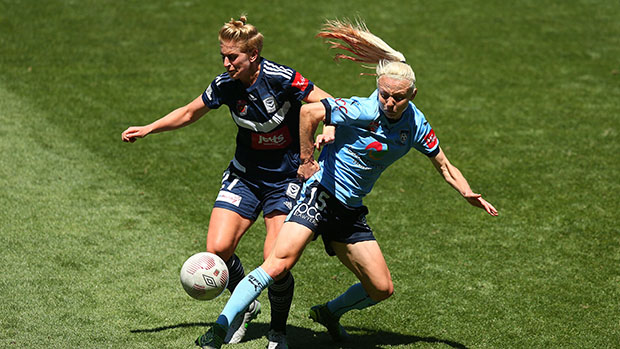 10’ LEENA KHAMIS GOAL – Amy Harrison curls a great cross behind the Victory line and Leena Khamis is on hand to volley home the opening goal from inside the area.

22’ JASMYNE SPENCER GOAL – Jasmyne Spencer pops up unmarked at the far post to tap in to an empty net after Amy Harrison’s cross is flashed across the face of goal.

47’ MINDY BARBIERI GOAL – Mindy Barbieri capitalises on a Sky Blues defensive error to send a powerful shot high across Michelle Betos and into the net. 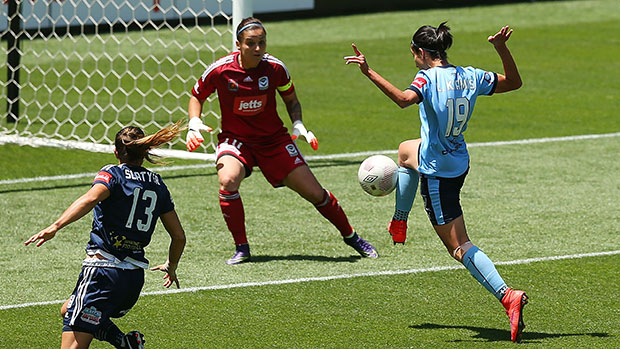 10’ DOWIE SHOT – Natasha Dowie breaks the Sky Blues lines but she scuffs her shot in the box and Michelle Betos gathers calmly.

16’ BOLGER EFFORT SAVED – Nicola Bolger latches onto a great ball over the top from Teigen Allen however Barbieri is quick off her line to smother the effort.

21’ HARRISON SHOT – Amy Harrison brings down a second ball off a corner as Victory fail to clear and the young Sky Blues sends a venomous volley at goal but it’s saved.

31’ KENNEDY SHOT – Alanna Kennedy has a snapshot from the edge of the area which forces Barbieri into a low save.

53’ BETOS SAVE – Natasha Dowie breaks one on one with Betos, however the American shot stopper stands tall at her near post to deny the Liverpool Ladies loanee.

77’ RASO MISS – Hayley Raso has time in the box to bring a high ball down and volley at goal however he effort flies the wrong side of the post. 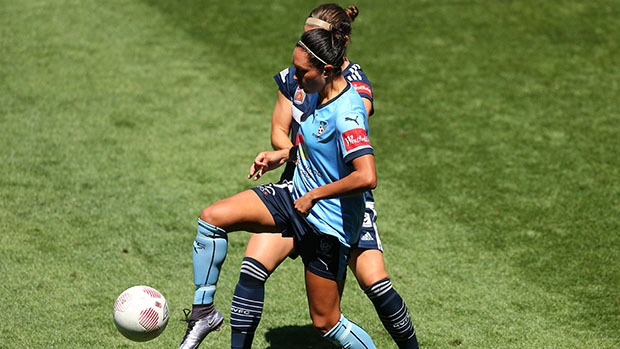 Sydney FC Head Coach Dan Barrett made two changes to the starting side lost to the Brisbane Roar at Central Coast Stadium last weekend. Elizabeth Ralston missed the match due to a calf injury picked up in Gosford as Natalie Tobin lined up on the right hand side of defence in her place, while Princess Ibini made her fourth Westfield W-League start on the left side of a front three with Sunny Franco shifting to the bench.