Double Championship and Premiership winning Sydney FC and forward Filip Holosko will part ways after the conclusion of the Sky Blues most successful season to date.

Slovakian Holosko has been with Sydney FC since the start of the 2015/16 Hyundai A-League and was instrumental in this season’s title winning side scoring at total of 17 A-League goals across his 52 games for the club and one FFA Cup goal.

Very happy to be part of such a great Team,thank you to #sydneyfc for big opportunity playing for biggest club in Country#sydneyfootballclub

The 33-year old thanked the club for one of the most memorable periods in his career.

“I have had two great years with Sydney FC and I want to thank everyone at the club, including David Traktovenko, Scott Barlow, the board of directors and Tony Pignata.

“I would also like to thank Graham Arnold for the big opportunity to play for Sydney FC, the greatest and biggest team in Australia, as well as a big thank you to Clarky and Elias and the rest of the coaching and medical staff.

“It has been a great season and many thanks to my team-mates who have been outstanding.

“Also a big thank you to all of the fantastic Members and fans who have supported me and my family throughout my two years with the club.

“Winning the Championship and the Premiers Plate was an incredibly special moment for me and my family.

“This is a hugely professional and family club and I will never forget that.

“I wish Sydney FC all the best for the future.” 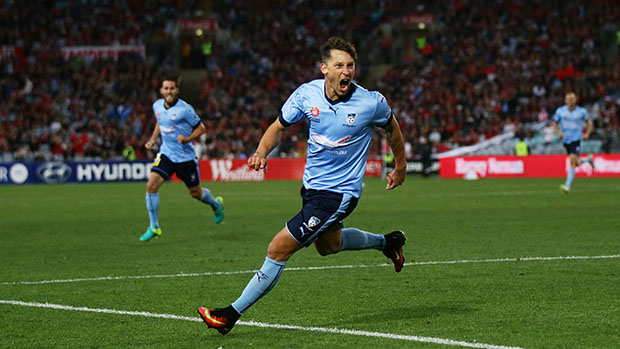 “Filip is one of the nicest people I have worked with in football and he has had a fantastic two seasons with Sydney FC.

“He is a great player and will be remembered fondly by everyone at Sydney FC not just for his football ability but also his character.

“I wish him well in his future endeavours.”