You started your affiliation with the Sky Blues working in the office as a Community Football Officer. How did that come about and how did you find it?

That’s correct, I have always had a passion for grassroots football. It’s where it all begins as youngsters take their first steps into the game. In my role I was able to introduce these young players to our great club as well as help their first experiences in football be a positive one through either match day experiences, holiday clinics or through school visits.

I learnt two important things in my community role that I’ll never forget. The first being how great our fans and members are, their love for our club and what it means to them to be successful. The second is how hard the front office work at the club, the respect I have for the staff at the club is endless as the hours and contribution they make to help success come to our club is amazing. 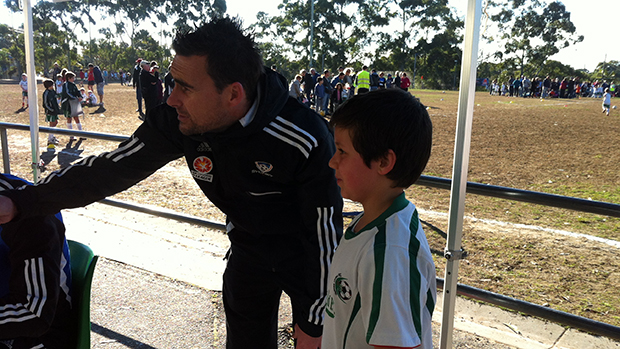 You juggled that role with your Assistant Coach duties in Sydney FC’s Westfield W-League winning team in 2012/13. How did you manage that?

Yes I was busy, put it that way. For me it always comes down to good organisation. It was important that I didn’t slip in either position I held at the club, as the club must come first. Long hours of course but that goes hand in hand not only in coaching but just choosing a career working in sport.

What made you want to become a coach and become involved with women’s football?

I’ve always wanted to be coach, I struggled as a player with injuries and the discomfort from those injuries was starting to take its toll on how I felt about playing on.

It’s funny because my first game in charge when taking over from Alen [Stajcic] last season was against the Wanderers. Their Head Coach Norm Boardman was the man who handed me my first steps into the world of coaching. I was in my late teens and he was the TD at Bankstown. Fast forward and here we were in opposite dug outs coaching in the W-League in all things a derby.

I got involved in the women’s game when I relocated to the Central Coast where I had some great years coaching their NPL team. I never looked back and began my journey into women’s football.

How did you set about gaining your qualifications?

I started quite young really. I had my B – Licence by my mid 20’s before progressing on. That was one of the benefits of getting into coaching early. It’s funny when I started doing these courses you would come away with so much knowledge I’d think geez I wish I knew all this when I was playing, I’d properly be 10 times better!!  It’s amazing obviously with the club securing the services of Kelly Cross and Han Berger having the two gentleman who re-shaped football for coaches coming through is amazing. I also I spent time as an assistant to Alen Stajcic to learn the trade and help me prepare for the head coach role. It’s certainly been a journey. 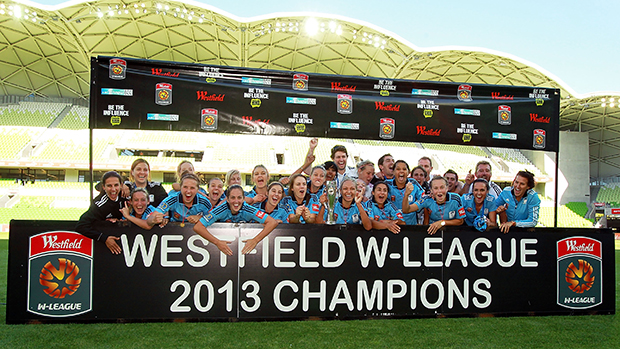 To take over the reins at Sydney FC midway through the 2014 season, what was that like?

It certainly had its challenges. I obviously was well versed with the playing style that was implemented under Alen and me coming in as Head Coach allowed me to keep not only the wheels turning but solve football problems by sticking to the principles that were the foundation on how the team functioned. It allowed little disruption, as coming in five or so games in when you only play 12 matches in the regular season to start something new would be a disaster.  As tough as it was, knowing the squad and them knowing me did help a lot.

How was it to be able to have a full preseason with the girls and implement your own style on the team for the 15/16 season?

It took time, but we got there. The team was selected based on how I wanted the team to play. Looking back we needed a longer preseason which is something we will ensure happens next campaign but the team, as you can see, are well versed in how I want the football to be played. We got better and better every week and were at our best when it counted the most which helped us achieve a Grand Final spot.

To go from working in the Sky Blues office to leading the team at a W-League Grand Final, what was that feeling like?

It meant the world to me. To be standing on AAMI Park on Sunday trying my hardest to win the club silverware is seriously a dream come true. To think of my beginnings at the club to where I was on Sunday was quite an achievement for me, as I always wanted to coach for the club.  I get goosebumps just re-living it.

We planned at the start of the season to be there on the final day. We achieved that. We wanted on Sunday to win and we certainly tried our very best to do this but unfortunately came up short although not through lack of effort or hard work.  We accomplished so much as a group, players understanding new roles, becoming more familiar with new staff, we really are in a great place to begin season 16/17 and hopefully go one better.