Sydney FC are set for their third home game of the Hyundai A-League 2016/17 season as they face Perth Glory at Allianz Stadium following Westfield W-League proceedings in a family fun day double header.

The Sky Blues hold a favourable record over Perth, with the last encounter between the two sides at Allianz Stadium ending 4-0 in favour of Sydney FC.

In the overall head to head between the two sides, Sydney FC boast 16 wins from 33 matches, while Perth have eight, with nine occasions seeing the points shared.

Most recently the two sides met in the Westfield FFA Cup Round of 16, and it was again the Sky Blues who prevailed, 2-0 after extra time against the hosts in August.

Head Coach Graham Arnold praised the fitness and character of his squad in the lead up to the clash, and said he’s expecting those factors to guide the Sky Blues to their sixth consecutive win in the Hyundai A-League 2016/17 season. 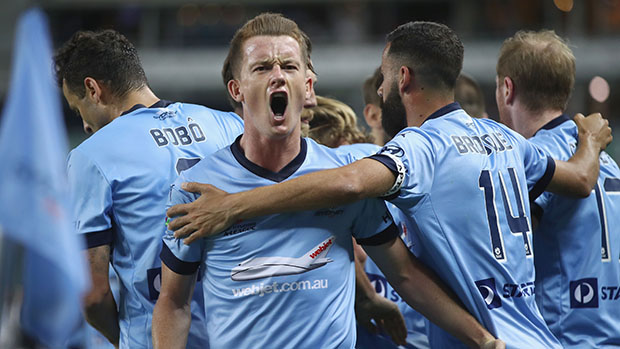 Perth travel to Allianz Stadium following an entertaining draw against the Wanderers that ended 2-2, with both sides scoring within the first five minutes before second half goals to both sides sealed the stalemate.

The West Australians currently sit fourth on the table on eight points, but have the current second highest goalscorer in the league, Andy Keogh, leading the line of an impressive attacking trio.

Catch the both matches of the Sky Blues Westfield W-League and Hyundai A-League double header live on Fox Sports on Sunday (WWL kick off 2:30pm, HAL kick off 5pm) or follow @SydneyFC on Twitter for updates.

Results between the two sides over the course of the 12 seasons have always been narrow however, there have been standout wins and high scoring stalemates for both sides.

A 3-3 draw in 2007, which saw the Sky Blues battle back from 3-1 down courtesy of late goals to Patrick and Alex Brosque preceded a large win for both sides.

The Glory claimed the next encounter 4-2 in December 2007, before the Sky Blues returned the favour with a 5-2 win in August 2008 with Alex Brosque and Steve Corica amongst the goalscorers.

In the past two seasons it’s the Sky Blues who just edge Perth, with three wins compared to Perth’s two and one draw between the sides. 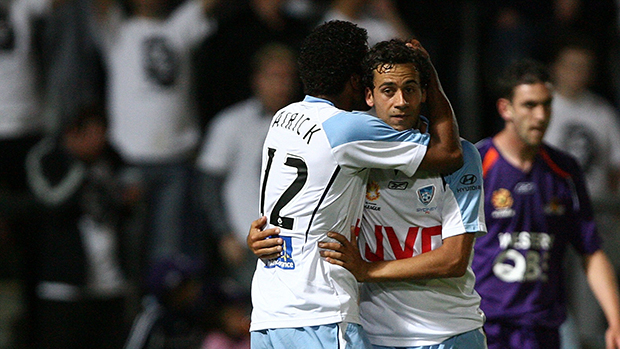 There have been four clean sheets kept in the last four encounters between the two sides, three if which were kept by Sydney FC.

Six of the last seven times Sydney FC have hosted Perth Glory the match has ended in a 2-1 win. Four times for Sydney FC and twice for Perth.

Perth have scored seven of their 11 goals so far this season in the opening 15 minutes of each half, three more than any other team in the competition. 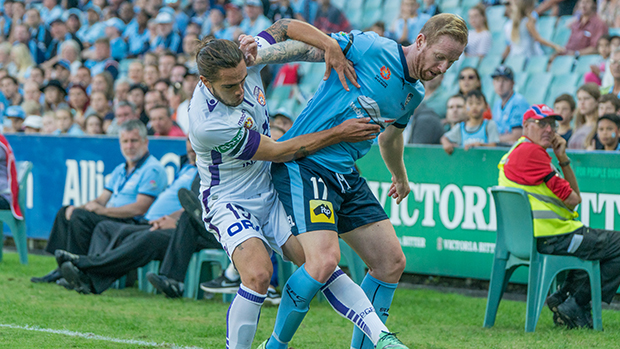 Head Coach Graham Arnold has again named an unchanged squad for Sunday’s clash, while Perth have notable absentees in Josh Risdon, who’s away with the Socceroos, and Adam Taggart who misses out with a calf complaint.