Matt Simon says capitalising on their Asian opponents’ travel to Sydney and his squad’s powers of recovery will be key to Sydney FC’s chances of progressing from the group stage of the AFC Champions League.

The Sky Blues arrived in Japan last night (Sunday) and are busy preparing for the start of their ACL tilt on Wednesday night against J-League giants Urawa Red Diamonds.

It’s the beginning of a grueling schedule for Graham Arnold’s side, mixing the run-in to the Hyundai A-League finals with trying to progress against some of Asia’s biggest and richest clubs.

“It’s a really tough group, but I think we’ve got the squad to be able to challenge these teams,” Simon said.

“We know the Asian teams don’t travel well to Australia. They never have to fly like that to play long-distance games.

“So we have to win our home games and we need to go over to their home games and put in a good performance, play out Arnie’s game plan perfectly, and hopefully we can grab something in our away games as well.” 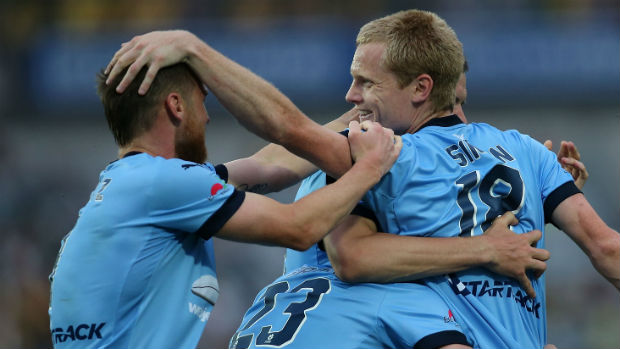 Simon has experience in the ACL with Central Coast Mariners and knows how tough this next period will be.

The Sky Blues are set to play matches almost every four days, mixed in with a few long-haul flights around Asia.

“And you chuck in 10 hours of flying time plus two hours at each airport at each end and buses and so forth, it’s very tough.

“It’s just all about management, but we’ve got a lot of depth in our squad.

“The coaching staff has the tough job to keep the management of players going and keep everyone fresh to put out a strong team each week for different game.

“The positive for the players is there’s not much training involved over the next six weeks. It’s just play and recover, and then into the next game.” 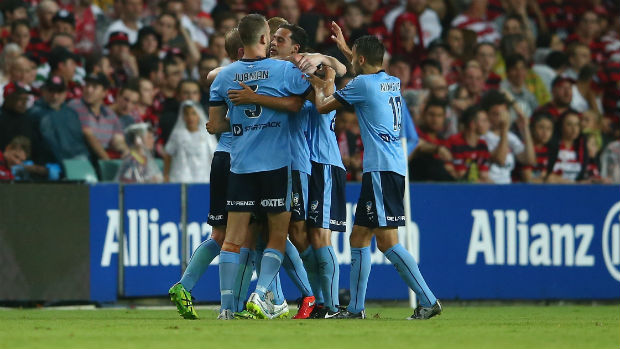 Sydney aren’t exactly in ideal form heading into the ACL, without a win in their last five games in the Hyundai A-League and have dropped to sixth spot as Perth breath down their necks.

But Simon believes there were positive signs in Saturday night’s 1-1 derby draw against the Wanderers that they can build on.

“It was a step in the right direction from us. In the last few weeks the results haven’t been how we’ve wanted them to be,” he said.

“We put in a good performance and we’re back to the way we want to play. It was pretty disappointing not to grab all three points in the end. We had more chances.

“But it’s a step in the right direction. We’ve got a big game on Wednesday now, and then Victory.”