Sydney FC claimed derby bragging rights following one nil victory over the Western Sydney Wanderers in from of 40,539 fans at Allianz Stadium. Hear from the players as we look at some of the key Sky Blue points from the match.

The Sky Blues defence: The Sky Blues rigid backline of Seb Ryall, Matthew Jurman, Jacques Faty and Rhyan Grant had only conceded one shot on target in their opening two games. The back four showed all their poise and quality in another solid 90 minutes on Saturday with Jurman in particular drawing special praise for a number of last ditch efforts as the Wanderers could only muster two shots on target at Allianz Stadium.

“I thought as a team we defended really well as a team,” Jurman said.

“I think it was a typical derby sort of game, it was hard to get hold of the ball. As a back four, to get a clean sheet, it gives us a lot of confidence going into next week’s game.” 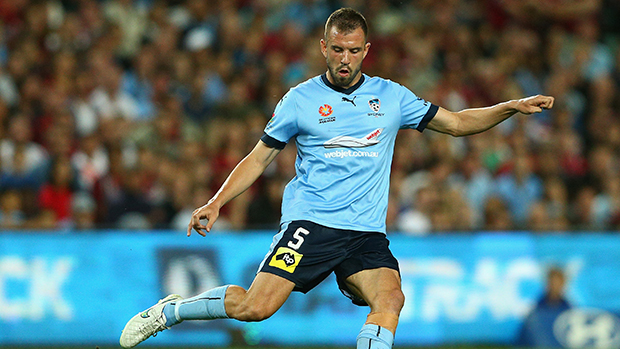 Brandon O’Neill’s ball: It was the pass that led to the goal. With time ticking down the Wanderers cleared their lines following a Sky Blues free kick only for the ball to find its way to O’Neill just beyond the centre circle. Taking one touch to steady himself after receiving the ball, O’Neill lifted it over the Wanderers defence and into the path on Ninkovic who coolly finished for the winning goal.

“It was the last minute and I saw Ninko making a cheeky little run and it thought I’ll dink it over to him and hope for the best,” O’Neill said.

“Luckily it came off and when it hit the net I remember just jumping and running as quick as I could to him. I was just very very excited.” 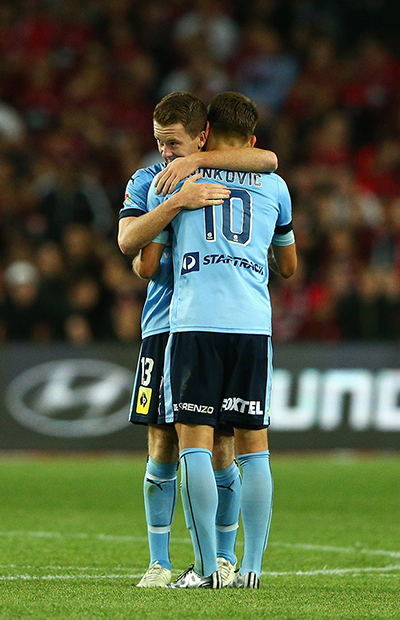 Milos Ninkovic’s goal: It was the moment that decided the match. With the game poised at nil all and with only two minutes remaining, Ninkovic sublimely controlled Brandon O’Neill’s lifted ball before firing low and hard into the bottom corner across a despairing Andrew Redmayne in the Wanderers’ goal.

“It was an incredible night for me, I’m really happy because this is the biggest game in the league,” he said.

“I feel great, it was a very important victory for us. This is my first goal, I’m really really happy.” 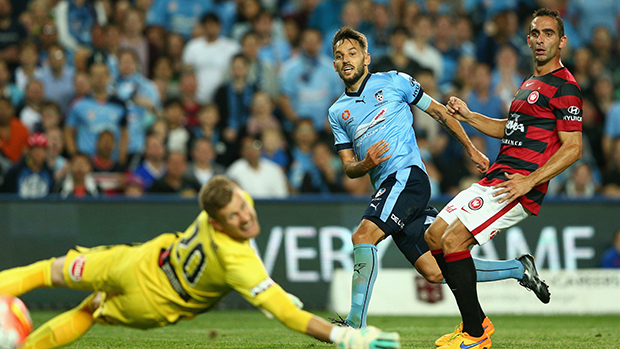