Hear from two of the key players from our win over the Newcastle Jets at McDonald Jones Stadium on Sunday, as the Sky Blues continued their undefeated run in the Hyundai A-League 2016/17 season to remain top by six points.

With the Sky Blues looking for a spark at the start of the second half, Serbian midfielders Milos Dimitrijevic and Milos Ninkovic combined to put the Sky Blues in the ascendancy.

Dimitrijevic feeds Ninkovic just outside the area, and the latter dances his way through the Jets defence into the edge of the box before curling the ball into the corner with a sublime finish.

“It was a great goal. Maybe in the last two or three games I didn’t play like I can, but it was a very important victory,” Ninkovic said.

“It was a very important especially after three games in seven days but we had a very good performance and I think we deserved the win.  We will keep going.” 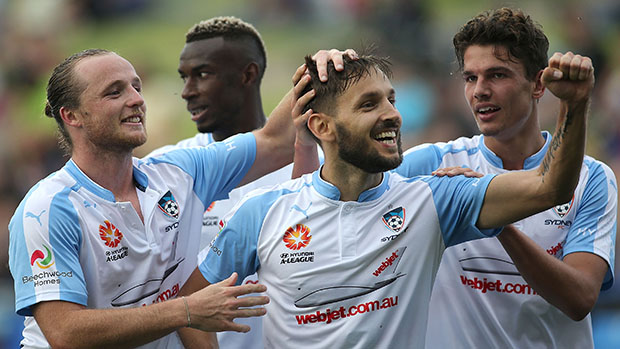 Continuing to accrue match minutes off the bench, Ibini mimicked his feats in the Westfield FFA Cup Semi Final with a well taken goal to ensure the points returned with the Sky Blues to the Harbour City.

Ibini beats two defenders at the byline, then a third as he heads towards goal. He hits a shot with his right foot which Duncan saves at point blank range but it falls to Ibini again who sticks it home with his left foot.

“It’s massive for myself, I worked very hard to get back and to win the game and to top it off with goal is fantastic.” 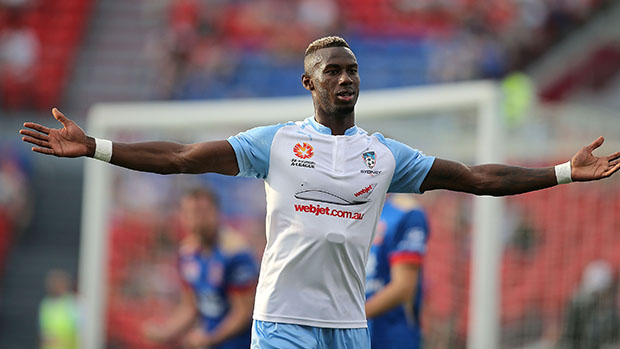