May saw the Sky Blues embark on their seventh Finals Series campaign with Adelaide United standing in the way of a third Grand Final appearance for Sydney FC.

Match Summary: Sydney FC set up a mouth-watering Hyundai A-League 2015 Grand Final against Melbourne Victory after a dominant 4-1 win over Adelaide United in the semi-final at Allianz Stadium.

A brace to captain Alex Brosque, coupled with sublime strikes to Bernie Ibini and Christopher Naumoff, cancelled out Craig Goodwin’s late goal to seal progression to the showpiece event to at AAMI Park.

Graham Arnold: “You have to give credit to Adelaide. Josep changed the system at half time and put on an extra attacking player and they were getting 2 v 1’s out wide and finding spaces. I also give a lot of credit to our back four, I thought they handled a lot of it very well and overall it was a good performance.

“Eugene Galekovic didn’t perform like six weeks ago, instead of hitting him this time we missed him and the balls found the back of the net. Some of our play was very good, it was what we worked on. I thought the first half we were exceptional, it was a good attacking performance, second half they changed the system and put more pressure on us but the difference this time was what we scored goals and last time we didn’t.

“He’s a great kid [Naumoff], the good thing about Kiki is that he’s getting more belief in himself, he’s a shy kid but he doesn’t look it after putting it in on the pitch in front of 30,000. He was outstanding tonight and it was just a matter of believing in himself. I couldn’t be prouder of what we’ve done, but we’ve won nothing. Monday we’re back in at work and we’ve got a hell of a challenge ahead of us going to AAMI.” 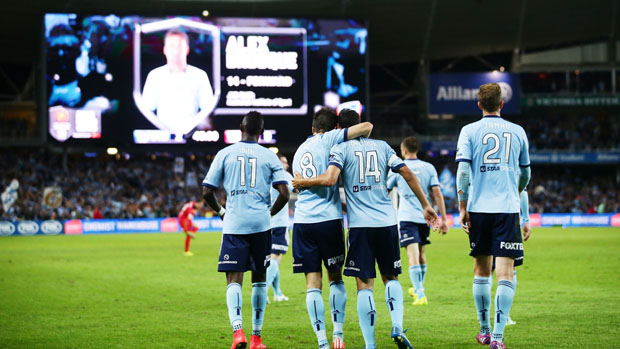 Match Summary: Sydney FC went down to Melbourne Victory in the 2014/15 Hyundai A-League Grand Final thanks to three goals from the hosts.

Berisha then fired the Victory ahead before the break before Sydney FC chased the game with Marc Janko almost heading home.  As Sydney FC searched for the equaliser Victory capitalised with late goals from Barbarouses and Broxham.

The Sky Blues second place finish means they have qualified for the Asian Champions League.

Graham Arnold: “I think you have to be honest and tonight Melbourne Victory were the better team. I think the loss to Jacques Faty early in the game unsettled us because Jacques is a real communicator at the back and Matty Jurman having to come off a couple of times with the blood rule it sort of rattled the side a little bit but you have to give credit to Melbourne Victory they were the better side tonight.

“The pitch wasn’t easy to play on, it was wet and quick but it’s no excuse. Melbourne Victory did a good job shutting us down in midfield and didn’t give us time to play and we found it hard to get our wide players into the game. You can look at the 3-0 if you want but I take responsibility for that as well because I played man on man over the whole pitch at 1-0 to try and win the game and we changed the system with 10 minutes to go to get the goal back but it wasn’t to be.

“It was a difficult game because there was no continuity because there was a lot of free kicks and it was hard to get any rhythm, we didn’t have our best game tonight. I couldn’t be prouder of the players, we’ve had a tough season in terms on the injuries that we had but also we’ve come a hell of a long way. I can’t be angry with them, they’ve given me everything they’ve got this season. At the start of the year if you’d told me we’d get Asian Champions League and second spot and play in the Grand Final well I would have signed for that straight away, we’ve had a successful year.” 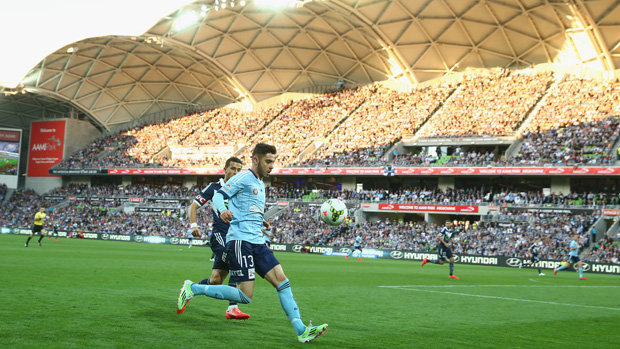 Sydney FC Memberships are now on sale for the Hyundai A-League season 2015/16.  Click HERE to become part of the Sky Blues family