Despite having played 120 minutes of football three days ago, Sydney FC Head Coach Graham Arnold has confirmed his squad is fresh and primed for Saturday night’s A-League clash against Brisbane Roar (kick off 7:50pm AEDT).

Arnold revealed a training session at the beach and a lot of mental work had gone into ensuring his squad were fit for Saturday’s encounter at Allianz Stadium, as he called on the fans to turn out in numbers and back his reigning Champions and FFA Cup winners.

“Everyone is great, we pulled up very very well, obviously after winning something you always feel much better about yourself,” Arnold said.

“We train hard and we train to prepare ourselves for 120 minutes of football not 90 and so that was just normal for us.

“We had a great day down at Balmoral Beach to recover and to clear the minds and make sure that mentally the boys are ready [on Thursday].

“It was a matter of getting away from Macquarie for a day and freshening up. We’ve done a lot of work this week with the subconscious mind getting the right words in there and they’ll be ready for tomorrow night.

“If you ask any player, they’d rather play than train,” he continued.

“I said to the boys after the game, be proud of what we’ve done, it’s the first of three trophies now, it’s all about being better and greater than what we were last game and we’ll be even greater this game.

“My whole focus is on winning, and that’s winning tomorrow night against Brisbane at our Fortress Allianz with a fantastic crowd. We need our fans more than ever behind us, we’ve had two heavy games behind us and we expect to win tomorrow night as well.” 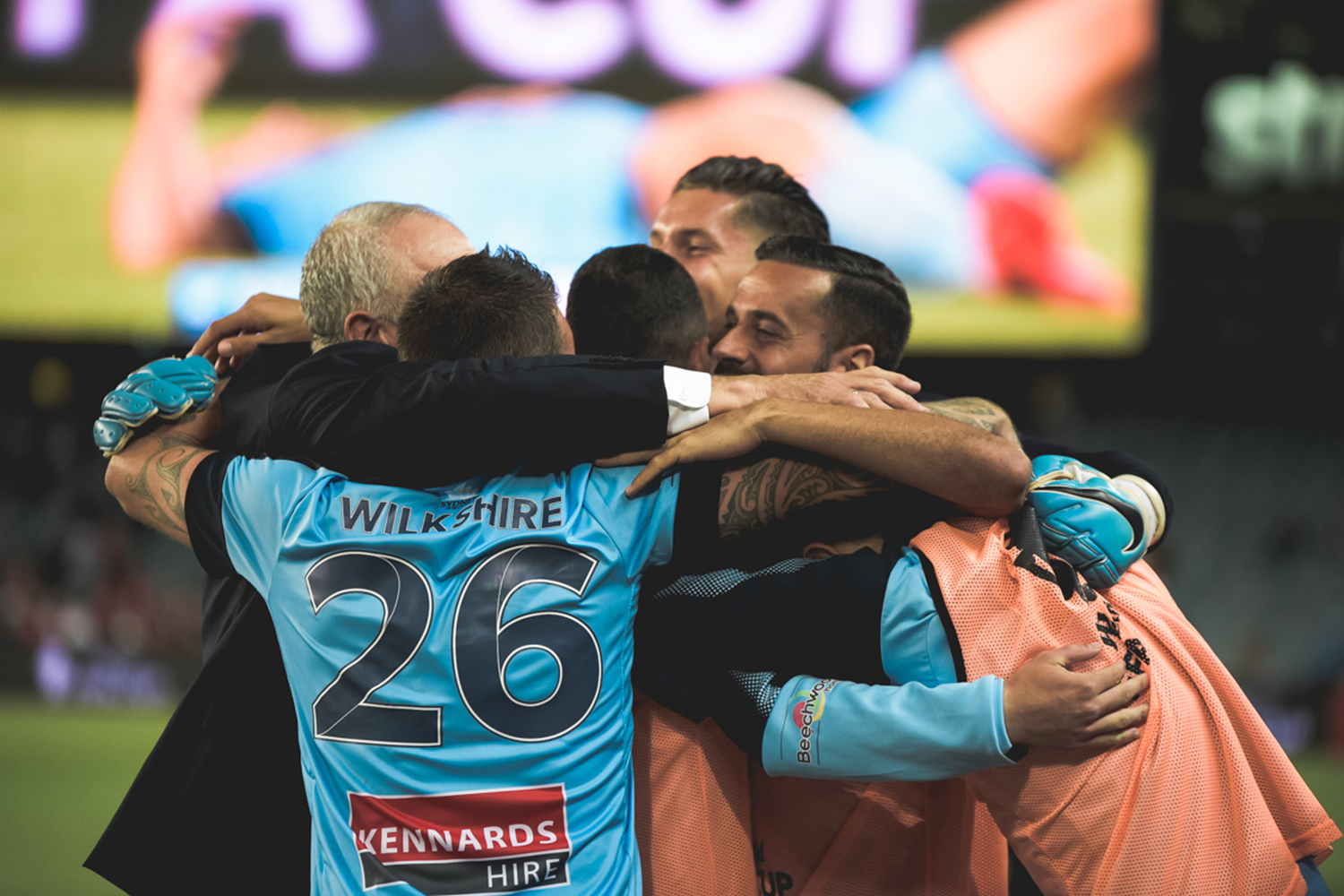 Following Tuesday’s Westfield FFA Cup Final win in extra time, Arnold lauded his squad’s togetherness while also hinting that there was even more to give from each player.

“We’ve got such wonderful mateship and courage in the team with a fantastic attitude,” Arnold said.

“A couple of things happened in the game the other night that have made me a very proud Sydney FC coach. Not only about the result but what they did for each other in that game and it makes you proud to be a part of this club and this team.

“They fight for each other, they know what their strengths are and they have a fantastic camaraderie that they would fight the whole way.

“As I said to the boys the other night before the game, it’s like I have 20 sons. I’m always here for them, here to help them with their lives on and off the field and that’s the way I manage people.

“I have a lot of pride in these boys and I just know that they’ve got so much more left in them. Every one of them agrees that they’re nowhere near their top form now.

“They’re ready to go and I expect to win tomorrow night as normal.”

Sydney FC take on Brisbane Roar at Allianz Stadium in Round 8 of the Hyundai A-League (kick off 7:50pm AEDT). Catch the match live on Fox Sports 501 and Channel One, or follow @SydneyFC on Twitter for updates.