Five-year old Sydney FC Member Aleksander Thompson received a surprise handwritten letter from Sky Blues superstar Rhyan Grant after the youngster made a bracelet for the Socceroos’ full back.

The youngster lives in the Central Coast and regularly travels to home and away games with his parents.

His mum Maja explained that Rhyan was the young fan’s favourite player so they decided to send him something.

“Aleksander made Rhyan a blue bracelet with his name on it when he was at pre-school and wrote him a letter.

“He also drew a picture of him and Redmayne playing football.

“We were able to give it to Rhyan at a game at Leichhardt Oval last season.

“Aleks wasn’t expecting anything in return, but we were delighted when Rhyan sent him a hand-written letter back.” 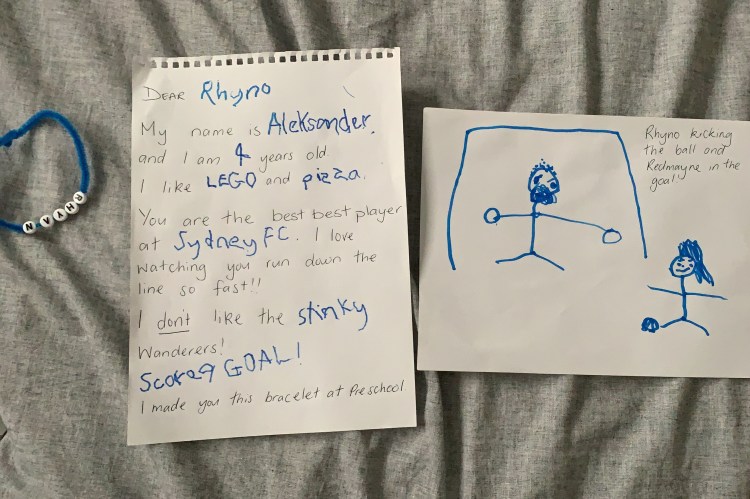 Aleks’ note explained to Rhyan that he was his favourite player and that he enjoyed watching him run down the wing.

He also mentioned he liked pizza and lego but not the ‘stinky Wanderers.’

Grant replied that he thought the bracelet was ‘cool’ while he agreed with Aleks’ stance on the Wanderers.

He also thanked Aleks for supporting the club and coming to games. 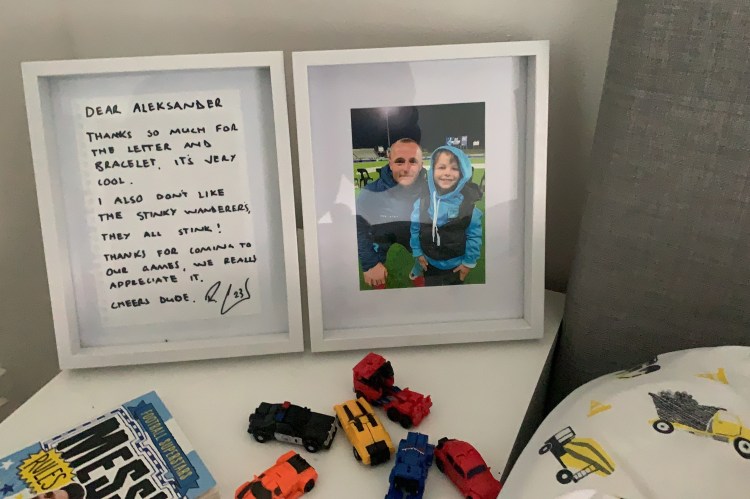 “It was really nice for Aleks to think of doing that for me,” said Grant.

“The bracelet was really cool, and Aleks and his family are really great. I’ve met them a couple of times at games now.

“They are really fantastic Members and it’s great playing in a Sky Blue shirt knowing that they are on the side line giving you everything.”

The family are again signed up for this season and are hoping to support the Sky Blues to more trophies and silverware.