FFA Cup The First Of 3 – Wilkinson

Having never played in the Westfield FFA Cup, Alex Wilkinson has already set his sights on claiming the country’s cup competition, with the Sky Blues kicking off proceedings on Wednesday night against the Wollongong Wolves (kick off 7:30pm).

Wilkinson and his Sky Blues team mates are determined to take out all three trophies on offer in season 2016/17, and it all starts with a Round of 32 encounter against the Jacob Timpano coached outfit at WIN Stadium.

With upsets already playing out in the Westfield FFA Cup, the Socceroos defender has called for full focus from the squad and vowed not to take the Wolves lightly.

“We have set goals of winning all three competitions and it’s something we’re going to work towards. The first step is this week against Wollongong,” Wilkinson said.

“The A-League is still a way away so everyone is looking forward to the FFA Cup as it’s the first competition we’ve got an opportunity to win this year.

“We’ve seen in the cup over the last few weeks there’s been a couple of upsets already from state league teams so we won’t be taking it easy.

“We’ve had a few friendly games but everyone looks forward to a competition match and it’s important we go out there with the right attitude,” he continued.

“We’ve been working towards this game for the last month so it will be all guns blazing on Wednesday night.” 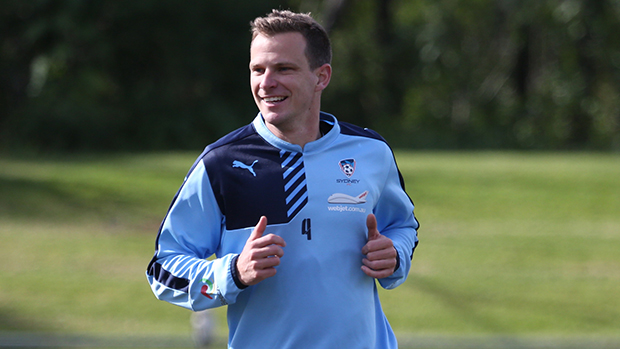 Wilkinson said he’s been impressed with the competition’s first two iterations, although not having played a part.

He has also called for a strong backing from Sky Blues fans on Wednesday night.

“I haven’t had a chance to play in the competition yet but I watched the games last year and when I was overseas,” he said.

“It seems to be a fantastic competition for Australian football and we’ve seen this year already some of the results that have popped up have been great for local teams.

“I’ve heard there’s going to be a pretty good crowd at Wollongong on Wednesday which is great and hopefully Sydney FC can get a few fans down there as well.”

Sydney FC take on Wollongong Wolves in the Westfield FFA Cup Round of 32 on Wednesday 10 August at WIN Stadium, Wollongong (kick off 7:30pm). Catch the match live on Fox Sports 4 or follow @SydneyFC on Twitter for updates.