Eyes On The Prize For Golden Boot Siemsen

Not content with just leading the Golden Boot charts, Sydney FC Westfield W-League star Remy Siemsen is eyeing off even more silverware with the forward wanting to take out both the Premiership and Championship in the 2019/2020 season.

With just three games to play, Siemsen sits on seven goals in nine games, just one above her closest competition in second. The Sky Blues also sit in equal second on the ladder, still in the hunt for the Premiership and a home Semi-Final.

Siemsen’s dominance at the top of the goalscorer’s charts came as a shock to the 20-year-old as she couldn’t imagine leading the pack this far into the season.

“I didn’t expect to be at the very top of the leaderboard this season,” she said.

“Especially after a difficult season last year, but I’m really happy where I am and I want to hold my spot at the top.

“I’m going to take that with both hands and I’m not finished yet.

“My main goal is to help the team in any way that I can for us to lift that trophy again. I want to double with it with the Premiership as well.

“I knew it was going to be a hard season and I wanted to get a few goals. I said to myself at the start of the season to hit 10 goals and if the Golden Boot came with that it would be a bonus,” she added. 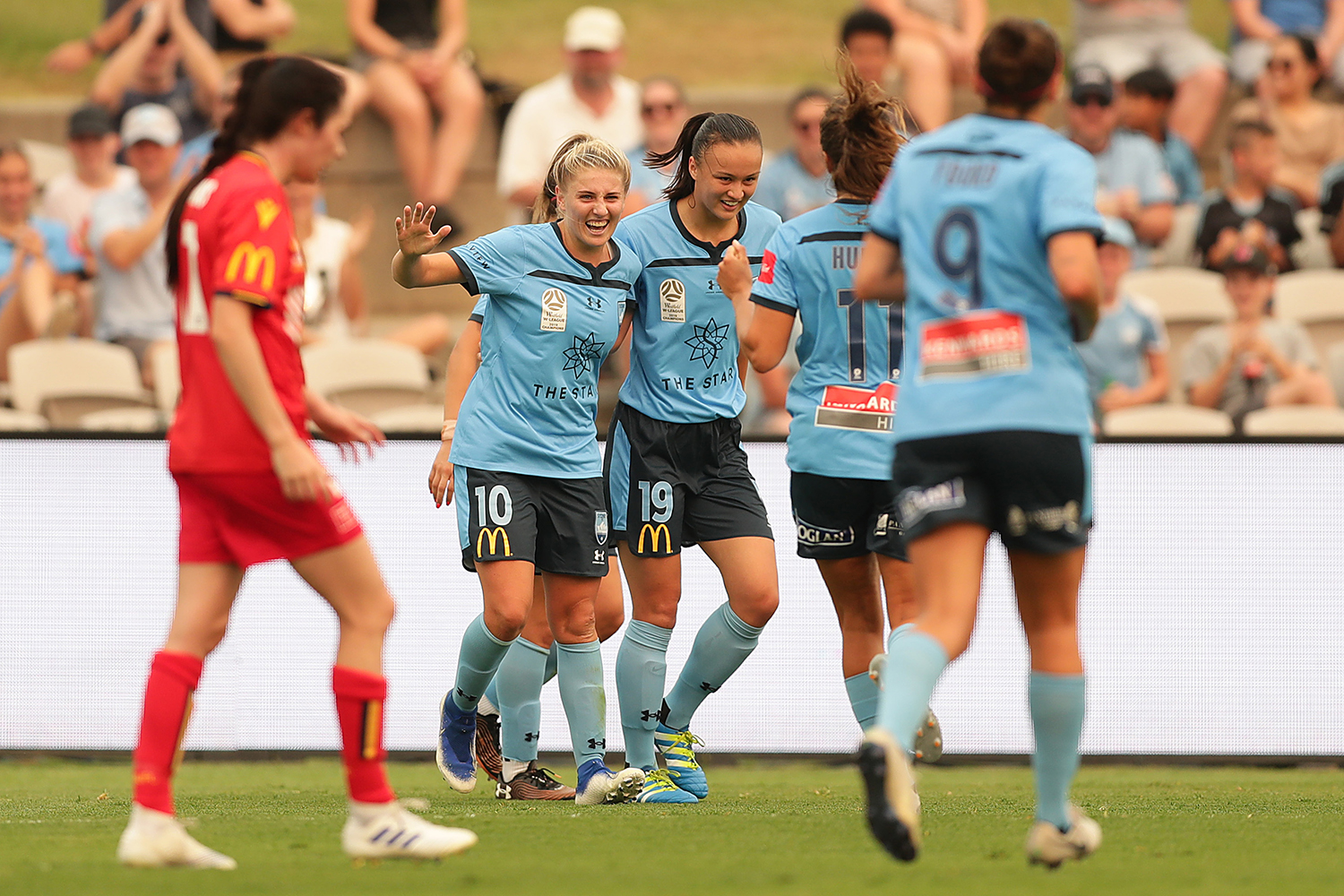 Despite leading the goalscorer’s charts, Siemsen consistently credits her team on how well they’ve performed this year in their Championship defence.

“We said at the start of pre-season that our aim was to defend our title,” she said.

“We’re a Championship winning side and we know that we have the talent and depth to go all the way again and we’re not going to stop until we get there.

“We’ve got even more opportunities to continue that in the next few weeks and I have full faith in my team that we can get it done,” Siemsen added.

The Westfield W-League has been on hold for a few weeks with the club having a BYE and pausing for the international break, but Siemsen says the lack of recent game time hasn’t dampened the team’s spirit in their surge to the finals.

“We’ve stepped up training a bit which is just something you have to do when there’s these types of break,” he said.

“I think we’ve been training really well and we’re feeling fit, feeling ready to get it going again.”