Sydney FC claimed inaugural Sydney Derby honours with a narrow victory over Western Sydney Wanderers, while Adelaide United powered past Melbourne Victory in the first chapter of the ‘Eriginal Rivalry’.

Sydney FC claimed inaugural Sydney Derby honours with a narrow victory over Western Sydney Wanderers in Round 2 of the E-League on Thursday night. 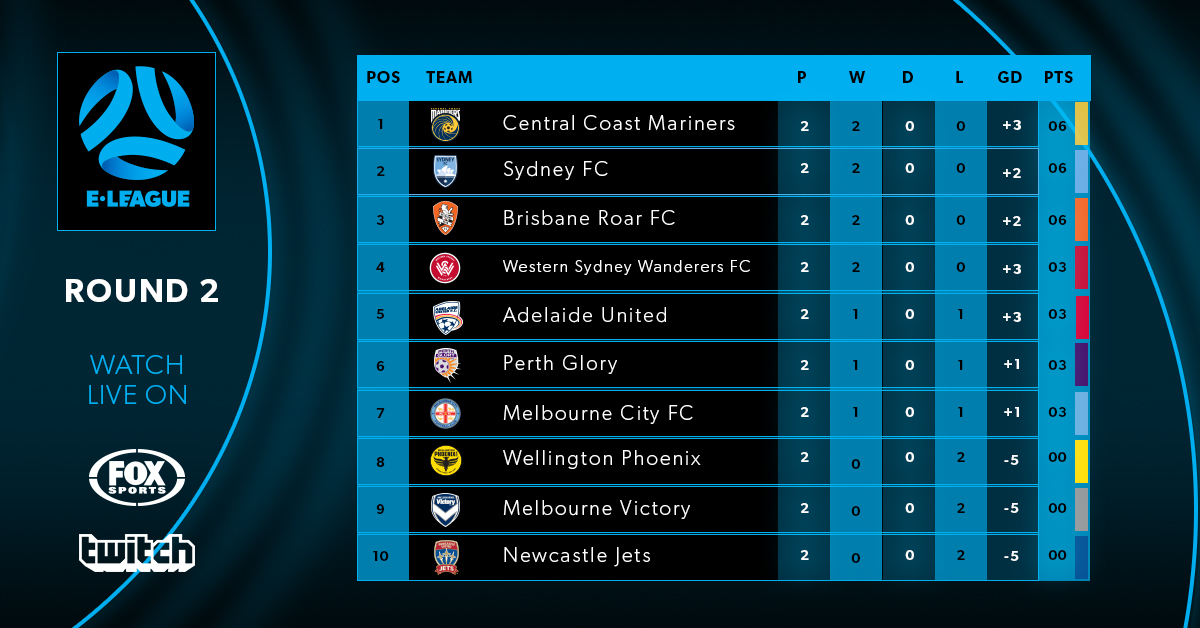 After a scoreless first half, it was Brijeski who broke the deadlock from a 63rd-minute corner.

And the Sky Blues doubled their advantage late on as Brijeski sealed his second successive victory.

The pair traded goals in the first half, before two quick strikes from Albadar appeared to have put the tie beyond doubt.

While it wasn’t enough to secure an overall draw, the comeback did ensure Wanderers knocked their rivals off top spot.

FULL TIME | It ends in defeat in the Xbox comp for @Samer96_ but we take @ELeagueAus #SydneyDerby bragging rights with a 5-4 aggregate win!! Solid effort boys ? #SydneyIsSkyBlue #SydneyDerby