Zullo Looking To Keep The Momentum

Sydney FC defender Michael Zullo is eager to keep the momentum going in the Hyundai A-League with the Sky Blues still undefeated in the competition to date.

The Sky Blues next challenge comes with Melbourne City at ANZ Stadium on Friday night (kick off 7:50pm), and Zullo has set his sights on opening up a nine point gap in the top of the table clash against the Victorians.

“We’re six points clear at the moment and we want to keep that momentum going forward now,” Zullo said.

“We’re undefeated in the A-League and if we can beat Melbourne City on Friday night, hopefully we can open up a nine point gap.

“I think for other people our undefeated start is unbelievable or amazing, but for us we’ve seen this happening since pre-season.

“We worked so hard and saw the foundations there. We’re just going to keep doing the things we’ve been doing and we’re very confident with how we’ve been performing.

“What we have in front of us is a situation where we’re top of the table, there’s 18 rounds left in the A-League and our next goal is the Premiership,” he continued.

“We’re in a fantastic position to achieve that, we’re focussing on the fact that we’re top of the table and looking to become minor Premiers.” 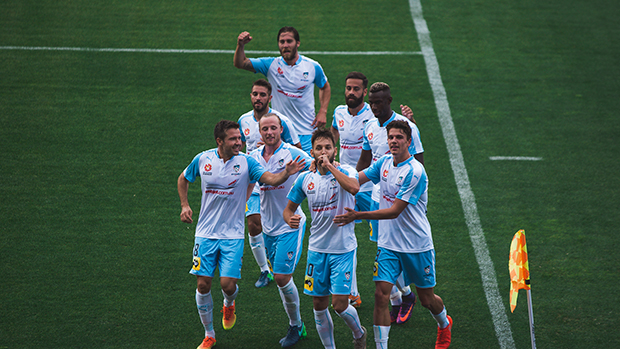 Facing our Westfield FFA Cup Final opponents for the second time in a week, Zullo dismissed the notion that there’d be any lingering thoughts of that Final defeat as he said the squad was fully focussed on Friday’s encounter.

“It’s been a tough week, we have had three very tough games within three days, a lot of travel, it’s been challenging but we’ve come through,” Zullo said.

“It’s a very different scenario than the last time we played them. It’s a different competition.

“We’re undefeated in the A-League, we had a tremendous run in the FFA Cup, only conceded the one goal, it’s a new game and I think everything is on our side this time.

“That game is behind us now, it’s happened, we really wanted to win that but there’s big things ahead, there’s so many round of the A-League to come. It’s crucial game for us, we’re definitely concentrating on Friday.

“For us it’s about being mentally strong and keeping the momentum and our undefeated run going. Momentum is on our side and we have to keep going with that.

“Hopefully a lot of our fans turn up. It’s 1 v 2 and a critical game for the rest of the season and we hope our fans will come and be our 12th man.”

Sydney FC take on Melbourne City at ANZ Stadium on Friday 9 December (kick off 7:50pm). Get your tickets today and be there to back your Sky Blues in this top of the table clash.