Sydney FC defender Alex Wilkinson has stated you’ll see how much better the Sky Blues are tomorrow night in their Round 1 Big Blue away at Etihad Stadium (kick off 7:50pm).

The talk of pre-season has been how improved the Sky Blues are following their record breaking 2016/17 title triumph, and Wilkinson believes this will be backed up on the field on Saturday night, praising the squad’s depth as a key factor.

“The new guys have settled in really well,” Wilkinson said.

“The coaching staff did a good job getting them in early in the pre-season so they’ve had time to settle and get to know the boys and the way we like to play tactically and positionally.

“They’ve settled in really well and if anything I think our squad is better than last year, that’s a great sign, and you guys will get to see that tomorrow night.

“I think we’re a stronger unit as a squad,” he continued.

“You’ve got a squad limit of 23 players and throughout the season we’re going to need the full squad and that becomes very important to have a well balanced team and a team with a lot of depth and I think that’s where we’ve strengthened.

“Any one of the 23 players can play week in week out and we’ll be very confident of winning every game we play.

“I’m really excited to see the squad in action tomorrow and looking forward to the challenge.” 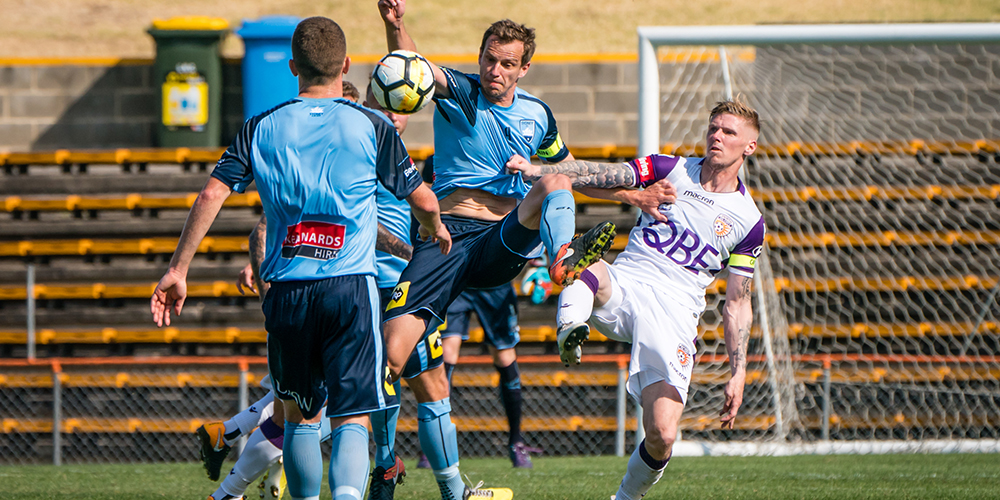 While A-League teams in the past have struggled to back up the season following a title, Wilkinson is confident the Sky Blues will be the exception as he revealed the squad’s goals for 2017/18.

“Being the defending Champions, of course every team is going to want to come out and beat you but that’s the challenge that we’re definitely all up for and looking forward to,” Wilkinson said.

“No team has ever gone back to back Premiers and Champions but we’ve spoken about that since day one of pre-season and that’s one of our goals for sure.

“I don’t know [why teams struggle to back up after winning the title],” he continued.

“All I can say is it won’t happen to us, we’ve got a very driven and mentally strong squad and one that is very focussed on backing up last year and improving and doing even better.

“We’re looking forward to it all starting this week and we’ll go from there.”

Sydney FC take on Melbourne at Etihad Stadium in a blockbuster Round 1 Big Blue tomorrow night (kick off 7:50pm AEDT). Catch the match live on Fox Sports or follow @SydneyFC on Twitter for updates.