Having featured in every minute of the Sky Blues campaign to date, Yeoman-Dale ranks this season as one of her best, and with three points separating her from silverware in season 2016/17 the defender says the squad aren’t feeling any pressure.

“It’s totally different to the other two clubs I’ve been a part of. The girls have been great, I feel right at home with everyone.

“It’s pretty cool, I haven’t missed a minute yet. It’s been a big season for me just being able to work on parts of my game that I needed to work on.and I feel like I’ve improved on a lot of areas [of my game].

“I’ve got such a good group of players around me and Dan is a great coach. It’s been a big season for me and hopefully it only improves going into the last round and finals series.

“I’m not feeling any pressure and I don’t think anyone in the team is,” she continued.

“We haven’t really spoken about it [winning the Premiership]. It would be awesome to take the Premiership but it’s just another game, and we’re fortunate that we’ve already secured a finals spot.” 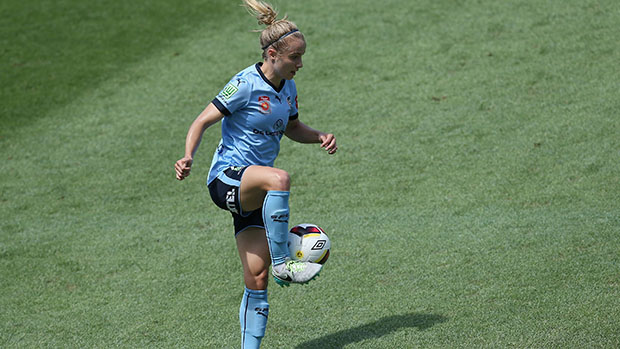 Emulating the success of her male counterparts in the Hyundai A-League and Foxtel National Youth League, Yeoman-Dale said it would be a huge achievement for the club to claim the Westfield W-League Premiership.

The 23 year old also said that while Adelaide may be out of the hunt for Finals football it’ll still be a tense encounter at Coopers Stadium on Sunday (kick off 2pm).

“It would be massive for the club, an overall very successful year regardless of whether we do win it or not,” she said.

“It’s been a successful year for the club [already], and it shows what a great club it is and the support that they give to every team.

I think it’s going to be a fast paced match. Adelaide presses quite a lot, and a high press as well, so hopefully if we can keep possession and move the ball around we’ll be able to get out of their press and move up the field and score goals.

“They’re definitely not giving up even though their season is over,” she said.

“It’s going to be a really tough game, but we’re still confident within our team, we know we’ve got good players and if we play our best football I’m sure we can get the job done.”

Sydney FC take on Adelaide United at Coopers Stadium in the final round of the Westfield W-League 2016/17 regular season. Catch the match live on Fox Sports or follow @SydneyFC on Twitter for updates.