Sydney FC defender Alex Wilkinson is looking forward to making history in Saturday’s #SydneyDerby, as the Sky Blues’ prepare to contest the first football match at the venue for 33 years.

The Sky Blues’ centre back said he’s relishing experiencing the atmosphere of an SCG event as he eyes off another favourable result following on from their FFA Cup Semi-Final victory over the Wanderers three weeks ago.

“We’re looking forward to being at the SCG. We had a run there last week and the pitch is beautiful, it’s fantastic,” Wilkinson said.

“It’s the first game of football there in 30 years, it’s a little bit of an historic occasion and what better way to do it than a Derby. It’ll be a great atmosphere, hopefully we get a huge crowd in for our first home game and looking to get another positive result against them.

“After going there last week and having a [training] session you can tell it’s a fantastic atmosphere for sport and just a fantastic ground.

“I’m really looking forward to getting 30+ thousand there for the Derby and experiencing the atmosphere, it’s going to be quite special.” 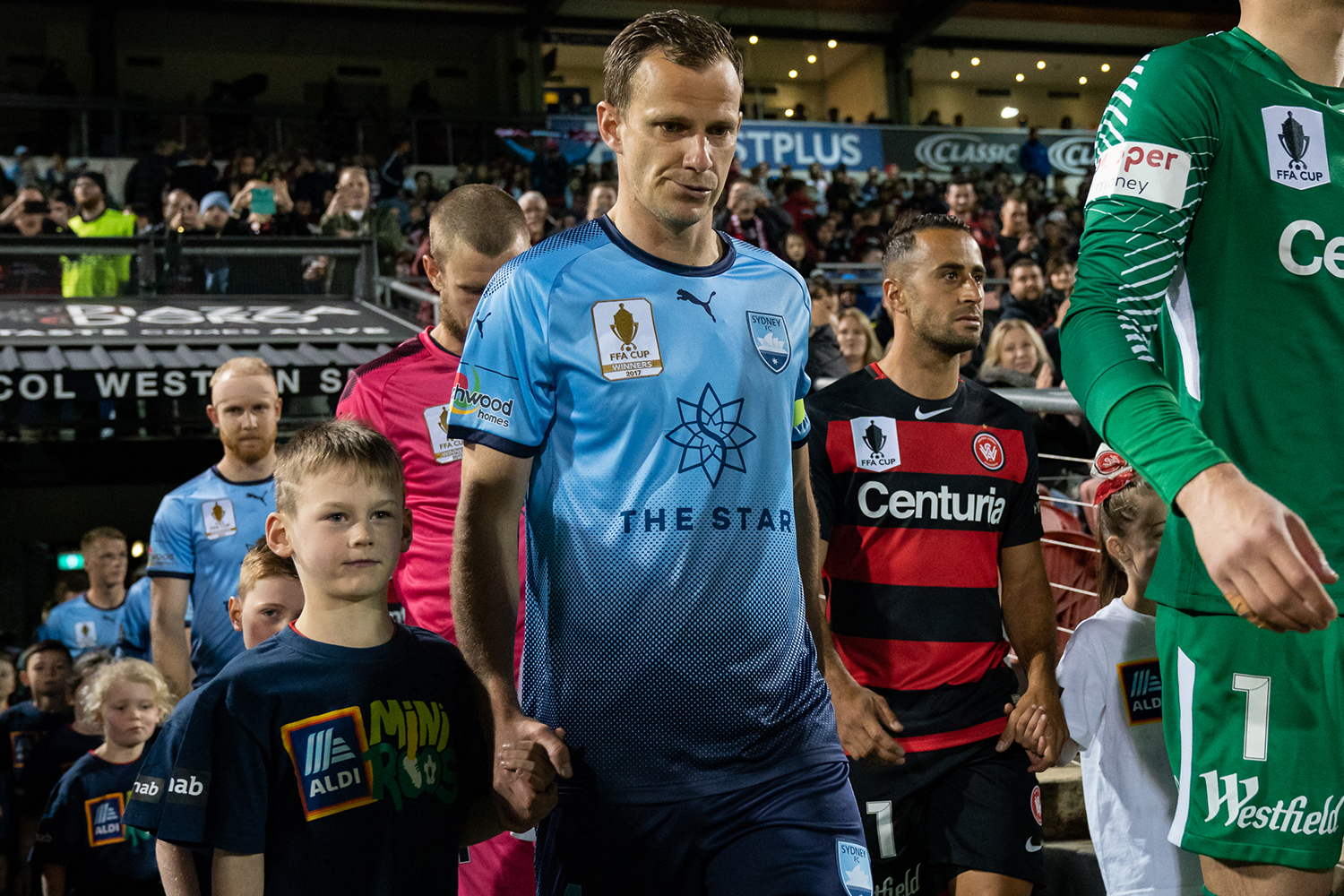 Wilkinson said the squad would take confidence from their win over Western Sydney at Panthers Stadium in the Cup, as he said the string of positive results against their rivals instilled a strong sense of belief leading into each clash.

“It was a great result for us in the FFA Cup no doubt about it,” he said.

“That was a great win confidence wise going forward and we’ll take that into this week for sure.

“I think the last two seasons we’ve been quite good against a lot of teams,” he continued.

“It’s just a matter of continuing that, the belief when we come up against the Wanderers is quite good at the moment because of the record we’ve got so that gives us a little bit of a mental edge and beating them a couple of weeks ago, we’re very confident.”

Sydney FC contest a massive home #SydneyDerby at the SCG on Saturday (kick off 7:50pm AEDT). With a pre-match concert hosted by platinum-selling artists The Rubens, it’s set to be a fantastic evening! Secure your seats now and don’t miss out!