The build up for Saturday’s only home #SydneyDerby has been a long one for Captain Alex Wilkinson, as the Sky Blues’ skipper said the plans for revenge were forged after their Round 3 defeat.

Following that sole loss in Season 2019/20 so far, the Sky Blues have embarked on an unprecedented run of results, winning 11 of their next 12 games with only one draw in that time.

While complacency is a threat when a team is on such a run, Wilkinson said the Sky Blues would be having none of it, with a confident squad still chasing goals even as they lead the ladder by 13 points.

“As soon as that game [Round 3] finished we circled this one looking to get one back at them,” Wilkinson said.

“We actually played well in that game, created a lot of chances and played some great attacking patterns.

“It was early in the season and we had guys still getting used to the way the team plays and we’ve just built on that.

“We’d love to have that game again, it was one of our best performances of the year and was just one of those games where the ball wouldn’t go in the net for whatever reason, but we’ll rectify that this week.

“The run we’re on is fantastic, the boys are full of confidence, our record at Jubilee is fantastic and we’re really looking forward to the weekend. 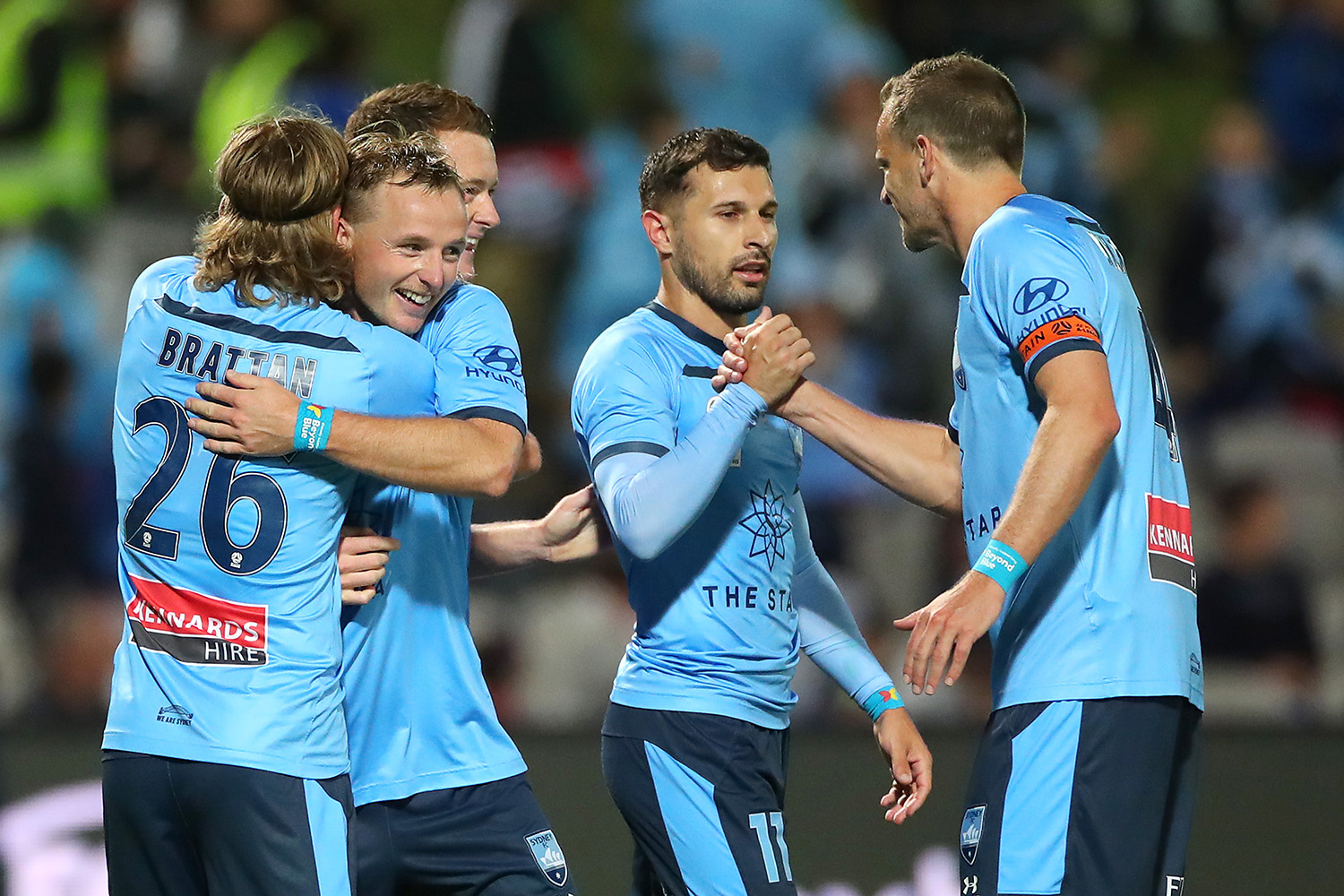 “It’s pretty hard to be disappointed with the season with how things have gone since then [Round 3], we’ve picked up 34 of the last 36 points since that game, so the season so far has been unbelievable,” he continued.

“We’ve got a group that won’t fall into that trap at all [complacency], we’ve got a really motivated group and we’ve got our own goals that we’ve set within the club that we’re trying to achieve and that ensures there won’t be any complacency.”

Wilkinson said there’d be added charge to this week’s clash with the Sky Blues disappointed with their win over the Roar, as the club Captain said preparations have been intense during derby week.

“After the game in the changeroom we were a little bit disappointed with the way we played [against Brisbane],” he said.

“It was good to get a win and sometimes it’s a sign of a good team that you cannot be playing your best and still get a win. There’s quite a few things we can improve on.

“It’s always an exciting week, Derby week, these are the sorts of games that when the draw comes out you look forward to and circle,” he continued.

Sydney FC are back in action this Saturday 8th February in the #SydneyDerby at Netstrata Jubilee Stadium (kick off 5pm AEDT) brought to you by McDonalds.