Why We Chose Sydney FC

Sydney FC stars Michael Zullo and Alex Wilkinson reveal their reasons for moving to the Sky Blues in season 2016/17 as they prepare to welcome their former club to Allianz Stadium in our next home clash.

Lining up against your former club, what are the feelings like when a player does this?

AW – I don’t find it much different to any other game. I didn’t spend too much time at City but whether you spend three months or five or six years at a club you obviously have memories. There’s familiarity there but for me it’s just another team in front of you, one you want to beat and then afterwards you can catch up.

MZ – I think subconsciously you always want to beat your former team, and on a personal level you really want to perform for whatever reason. For me personally it’s two fold, it’s about performing well and proving a point to an extent, but more importantly on a team level it’s about keeping our form going and getting a foot up on a competitor that’s also in the top six and we have a chance of playing in the finals.

How have you found the move to Sydney FC?

AW – Very good. Sydney is my home, it’s where I’m from, where my wife is from and where both our families live. I hadn’t lived in Sydney for about 11 years, it made sense off the pitch and on the pitch working with Arnie, Clarky, JC and the boys in the team that made everything much easier. When both boxes are ticked it’s a no brainer, it was a great move.

MZ – It’s been good. I loved my time in Melbourne but I didn’t experience the same kind of success I’ve experienced so far in Sydney. Hopefully that’s going to be capped off by the first of our two goals remaining this season, obviously the league title. On the field I really can’t have made a better choice, we’ve been far and above the best team in the league so far and I’ve managed to stay fit and healthy and find some good form. It’s been one of the best decisions I’ve made. 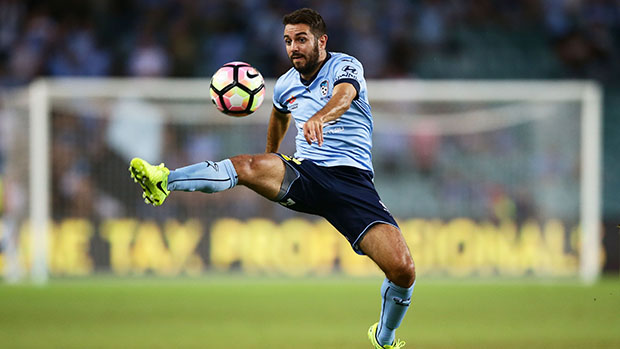 What’s impressed you about the Sky Blues set up?

AW – It’s one of the teams in the league that has one of the best set ups. The professionalism within the club, the coaching staff’s willingness to tick every single box, it can make that little bit of difference come game day and I’m really impressed.

MZ – Obviously City have impressive facilities but we’ve got everything we need at Sydney FC and more importantly the people working here at Sydney FC like Andrew Clark and Elias have made the difference for me. I have to credit those two for keeping me fit and healthy and on the field.

Was this the sort of season you were expecting when you made the move?

AW – I think when I first made the move you’re always hopeful it’s going to be successful. When we first started training and I saw the players we had in the squad I realised the quality we had there. It’s just about working on tactics and formations and getting used to the players around me. Once we started playing games the confidence grew and grew.

MZ – Knowing Sydney FC well and knowing they’re a successful club it was pretty accepted that they weren’t going to have another season like last season. I wanted to be a part of the regeneration and the ambition that I felt from Graham Arnold before I signed and the ambition I felt during the signing process, I really enjoyed that kind of enthusiasm and confidence he’s shown in me. We’ve still got some big games to come this year and I want to lift it up another gear for the next couple of months. 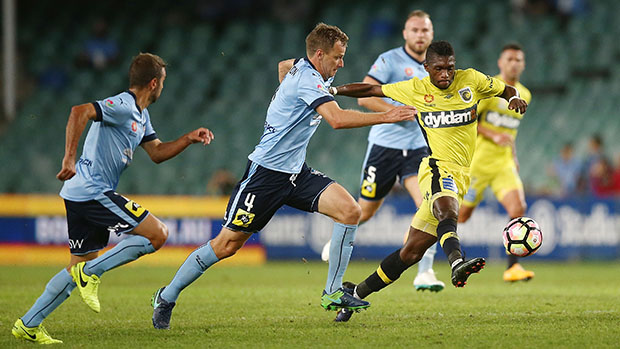 How much are you enjoying your football now?

AW – So far it’s been an unbelievable season, it’s been so enjoyable to play every week. Our home record is very very good this year and with two games to go we’ll get two more wins and that’s going through the whole season undefeated at home. The season isn’t over yet, we’ve still got a lot to achieve and hopefully that’ll fall into place in the next couple of weeks.

MZ – We’re all really enjoying our football at the moment because we’re winning at the moment, and that’s not going to stop, we’re going to keep performing. I’m confident we’ll keep our form going and take that into the Finals Series.

What does it mean to represent the city of Sydney?

AW – It’s always what you want to do, I played all my football growing up in Sydney. I grew up and played for a home team in Northern Spirit and when the A-League started Sydney FC was always a club that was successful and well supported. Now getting to represent the Sky Blues, it’s nice to have people you grew up with coming to the games and supporting you and that makes a big difference.

MZ – It’s a big responsibility. The gravity of what it means to play for the Sky Blues isn’t lost on me. When you’re playing for a city as big as Sydney you need to be ready to take that responsibility on your shoulders and be mentally prepared for the pressure that comes. I relish the challenge and I’m really enjoying the nature of playing for Sydney FC.