Why It’s My Best Season – O’Neill

A relative new-comer to the Hyundai A-League, Sydney FC midfielder Brandon O’Neill said he’s never had a season like this during all his years of playing football.

Setting records with the Sky Blues and up for nomination for NAB Young Footballer, O’Neill puts his stellar year down to his love of the game.

“I’ve never had a run or form like this ever to be fair,” O’Neill said.

“I’m still kind of new to the A-League in terms of games. This is my second full season now, last year was my first kind of taste of it, I wanted more and more and this year just playing more and playing alongside top quality people just improves your game.

“This season personally for me and collectively for me stands out as the best season I’ve been a part of.

“I feel like I play my best football when I enjoy myself and the whole year I’ve just enjoyed myself. I’ve loved coming into training, I’ve loved playing the games and working with such good people so may the form continue.

“To win the league by so much and to play the football we have and get the respect off people we deserve it’s been a really enjoyable season,” he continued.

“We’re not done yet, we’ve got two massive games now starting on Saturday and we’ll get to sit back and look at what we’ve achieved after our Grand Final win.

“That’s all we’re focussing on, I’ve just been very proud to be a part of such a great group of lads and a great team.” 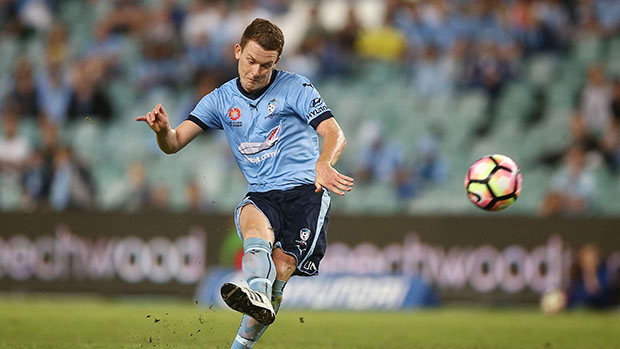 Watching the Elimination Finals eagerly, O’Neill said he wasn’t fazed with who the Sky Blues drew with the midfielders focus solely on achieving the Sydney FC’s overall goal of Grand Final glory.

“It didn’t matter who we’d be playing [in the semi-final], we’re confident in our ability and that’s all we’ll be focussing on,” O’Neill said

“Any team we want to prepare for properly and we’re confident in getting any team that we’d go into the semi-final and get the job done. It’s a semi-final, one step towards our ultimate goal of the Grand Final.

“On a personal note it’s good to get an old team, some old mates I can play against in a finals scenario and it’ll be a really good spectacle,” he continued.

“It’s just business as usual now [facing Perth], we go out and make sure we win the final.”