Who Are The Unsung Heroes Behind The Grand Final Side?

Let’s take a look at some of the lesser-known heroes for Sydney FC!

The big names have dominated the headlines leading up to the Westfield W-League 2019 Grand Final.

The likes of Sam Kerr, Rachel Hill, Caitlin Foord and Alanna Kennedy may be on media duties but there are a range of unheralded contributors across both sides ready to go on Saturday.

So let’s take a look at some of the lesser-known heroes for Sydney FC!

Sydney FC’s Ms Reliable, Ralston has been a solid contributor of their back four this campaign.

Across her eight appearances she has racked up a tackle success rate of 85 per cent as well as three blocks and seven interceptions.

It’s not just with the ball that Ralston has impressed however, recording a pass accuracy of 87 per cent while also drawing six fouls – showing she is comfortable on the ball as well as trying to win it.

Consistent in every sense of the word, Ralston has only ever known Sky Blue, joining the club in 2012 and staying ever since. 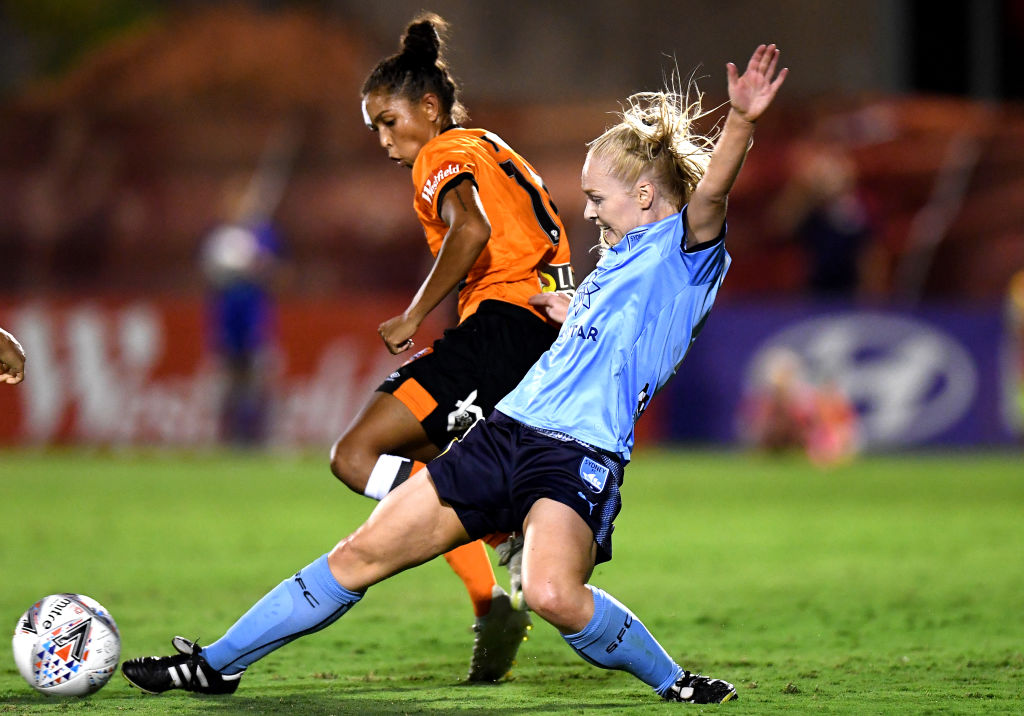 The Westfield W-League has several world-class goalkeepers and Aubrey Bledsoe is right up there with the best in the business.

The on-loan Washington Spirit custodian is in her second season in Sydney and her performances played a crucial role in qualifying the Sky Blues for a finals spot.

In limiting her opponents to 19 goals, Bledsoe ensured her side finished above both Perth Glory and Melbourne City on goal difference.

She also pulled off a crucial one-on-one save on a runaway Yuki Nagasato with her side leading 1-0 in last week’s Semi-Final in Brisbane.

After taking a year off and missing the 2017/18 season, Natalie Tobin returned fully refreshed to help the Sky Blues go one better this season.

Picking up where she left off, Tobin has been a strong cog in Sydney’s midfield engine, winning 11 tackles and distributing with an 85 per cent accuracy.

She’s also done her bit in attack, popping up with two key passes as well as a goal against the Roar in Round 12.