Where It All Started For Jurman

In a career that’s seen two Hyundai A-League Championships, a Premiership, and a Foxtel National Youth League Championship, Matthew Jurman returns to where it all started next Wednesday in the Westfield FFA Cup.

A Wollongong boy from birth, Jurman started his football at a representative level at Wednesday’s opponents, the Wollongong Wolves, and the Sky Blues’ 2015/16 Player of the Year credits the Wolves for setting him on the path to a professional career.

“I was born and bred in Wollongong and I played for the Wolves for the 11’s and 12’s,” Jurman said.

“I always wanted to play [professionally], there were trials for the Wolves and I played midfield until I was about 10.

“Everyone trialled for midfield at the Wolves and there was so many players going so my dad said to me why don’t you trial at centre back as a defender and that’s sort of stuck, I always play there now.

“It put me on the path. I’ve enjoyed playing there [defence] ever since I was 11 so definitely it was good to start off there with the Wolves.

“It was a bit of a jump from playing locally to representative level,” he continued.

“Travelling and playing games against different teams, I had some mates in the team that I’d known already so it was a good experience for me.

“I was only young so to be playing and travelling against Sydney teams while living in Wollongong was very good for me growing up, and I’m definitely looking forward to going back and actually playing in a competitive game against them.”

Jurman always had eyes for the first team, as he recalled watching their 2000 NSL Grand Final where current Sydney FC colleague Paul Reid was on the scoresheet, as he said the Sky Blues are out to claim the competition this year.

“I’m not sure what the club is like now but when I was younger most of the teams were very competitive,” he said.

“The first team actually won a Grand Final that year in the NSL so a lot was happening down there at the time and it was an exciting time to watch the first team play when I was a little kid.

“It was in Perth, I think it went to penalties from what I remember, but I was watching Reidy play when I was younger which is pretty funny. They had a lot of top quality players at the time.

“I’m sure Arnie and the boys want to win every competition that’s available to us this year so that’s definitely something we want to achieve and this is the first step.” 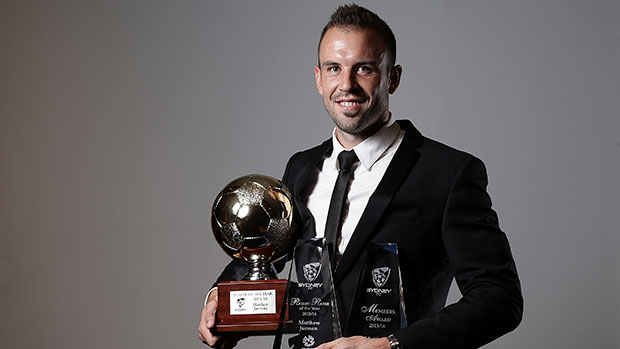 Sydney FC take on the Wollongong Wolves in the Westfield FFA Cup Round of 32 at WIN Stadium, Wollongong on Wednesday 10 August (kick off 7:30pm). Catch the match live on Fox Sports or follow @SydneyFC on Twitter for updates.

Sydney FC’s Memberships are on sale now! Click here to see the range of Membership options for the Hyundai A-League 2016/17 season.