When Carney & Rooney Took On The Cup

Ahead of Wednesday’s Westfield FFA Cup Round of 32 clash against Wollongong Wolves at WIN Stadium, Wollongong, we caught up with Sky Blues winger David Carney to re-live his FA Youth Cup days at Everton.

Playing in a line up boasting the likes of England and Manchester United star Wayne Rooney, Carney made it to the 2002 final, only to lose 4-2 on aggregate to Aston Villa.

The squad from that match gathered at Old Trafford on Wednesday 3 August (UK time) for Rooney’s testimonial, and while Carney couldn’t attend due to pre-season commitments with Sydney FC, he took to Instagram to post his sentiments.

Great to see all the lads together from Everton F.A youth cup for @waynerooney testimonial ⚽️ gutted I couldn’t be there #waynerooney

Out of all the lads in that photograph I put up the other day, three or four made it [professionally] apart from Wayne Rooney. There’s Michael Symes [currently at Southport], Steven Gerrard’s cousin [Anthony Gerrard] who ended up playing at Cardiff and had a good career, and Steven Schumacher who played in the lower leagues in England and myself.

Were you expected to reach the Youth Cup Final?

Yeah we were expected to go on a run. We got to the Youth Cup Final but we lost to Aston Villa who had a few good players who made the first team as well. It was a good final, I’ve still got the video at home, they’re good memories.

What was Wayne Rooney like back then? Could you tell he’d become the player he has today?

He was just so smart and so powerful. Back then he was only 15 but he had a man’s body, he was more powerful than anyone else and quick. He was just a class above. 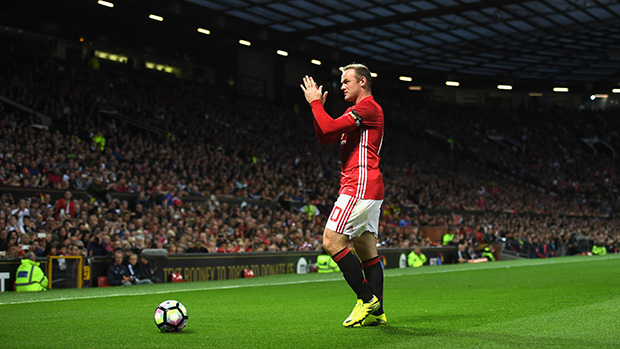 How can you compare the youth setup in England to Australia?

The youth setup is getting better, it wasn’t back then [in Australia], we didn’t really have a youth system. It’s getting a lot better with Sydney FC and their Academy and the other A-League clubs’ [Academies]. Over there you’ve got to grow up very quick, it’s a hard world over there because everyone wants to make it but it was good for you because it kept you mentally tough.

Do you still speak to the players from that Youth Cup squad?

We still keep in touch over Facebook and things like that. I got an invite a couple of weeks ago to go over to Old Trafford for the testimonial but I couldn’t go because we were in preseason, but it was good to see all the boys there.

Speaking of Cups, your FFA Cup campaign kicks off on Wednesday night. What have you made of the competition to date?

There’s been a few upsets so it’s important that we do well and get off to a good start. Training has been hard but tactically we’re looking very good so hopefully we can show that on Wednesday night.

Sydney FC take on the Wollongong Wolves at WIN Stadium, Wollongong in the Westfield FFA Cup Round of 32 on Wednesday 10 August (kick off 7:30pm). Catch the match live on Fox Sports or follow @SydneyFC on Twitter for updates.