Wheeler’s Home Away From Home

Sydney FC Westfield W-League star Clare Wheeler is feeling right at home in Sky Blue, and she has even more reason to feel in familiar surrounds on Wednesday night at Cromer Park as she competes for the Premiers Plate.

Sydney FC Westfield W-League star Clare Wheeler is feeling right at home in Sky Blue, and she has even more reason to feel in familiar surrounds on Wednesday night at Cromer Park as she competes for the Premiers Plate.

A Coffs Harbour native, Wheeler has made Sydney’s Northern Beaches her residence since the move to the Sky Blues, and Wednesday’s clash provides her the chance to lift her first ever piece of silverware in her adoptive home.

“The Northern Beaches is my home away from home,” Wheeler said.

“It reminds me a lot about Newcastle and is my new adoptive home by the coast.

“Now being a Northern Beaches local I’m excited to head back to Cromer Park this Wednesday. Cromer has been a fantastic stadium for us, with great community support at each of our games and I’m sure it will be very similar this Wednesday.

“Thanks to the staff and players I’ve had a great transition into Sydney FC,” she continued.

“I’ve felt really welcomed and challenged from the start to add more to my game than ever before.

“I’ve had the fortunate opportunity to be coached by Ante [Juric] and play with a lot of these girls at youth national level, so when Ante reached out, I didn’t hesitate.

“The club has also been really supportive with my off-field commitments with full time work. I’m deeply grateful to be a part of a club that recognises these dual commitments.” 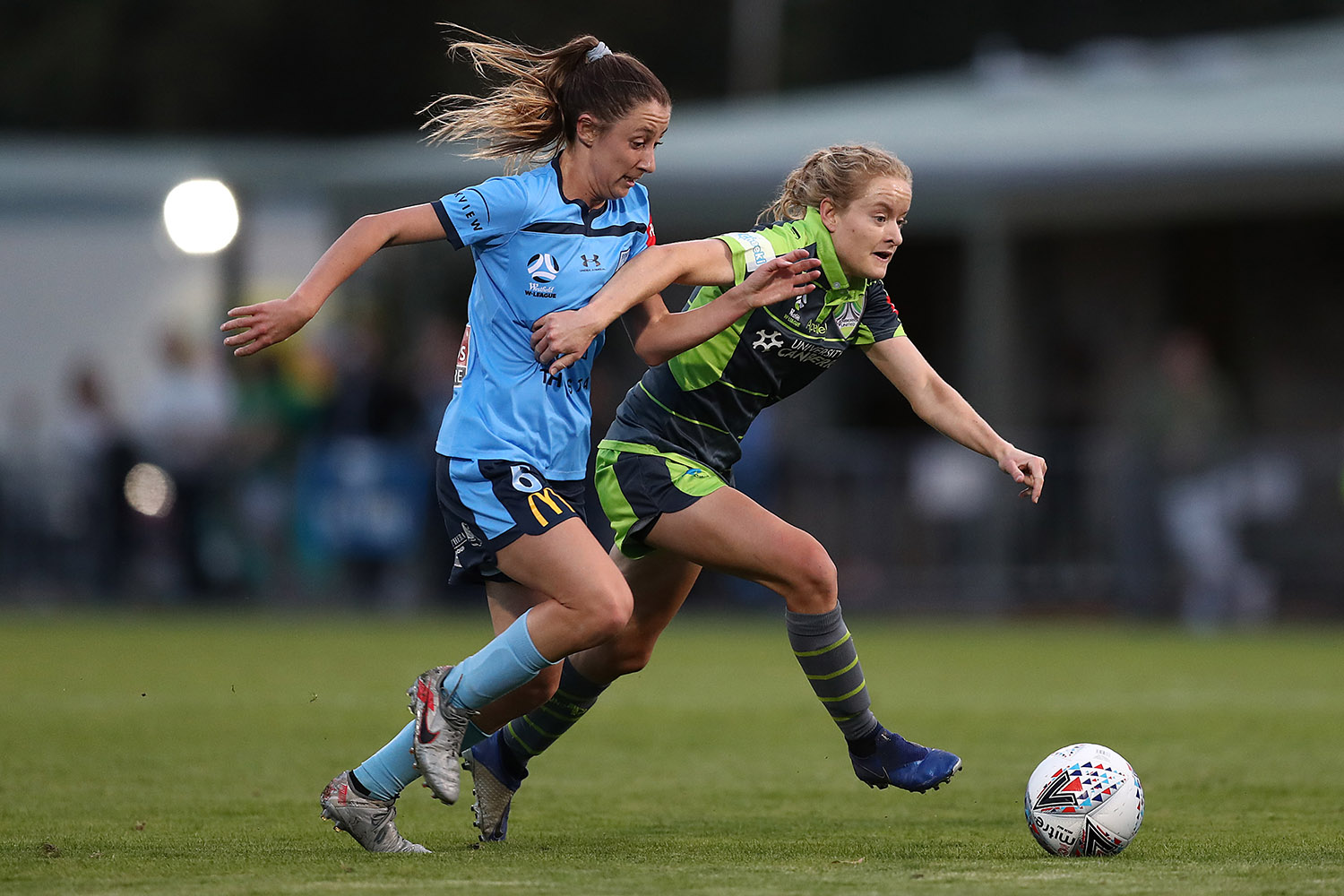 A win or draw on Wednesday night at Cromer Park will seal Sydney FC’s first Westfield W-League Premiership in 10 years, and Wheeler said she’s excited by the prospect against a challenging Melbourne Victory outfit.

“I’m excited rather than nervous,” she said of Wednesday’s clash.

“The game is an opportunity for us to earn some silverware for a great season thus far.

“The team has really hit another gear this week after last week s tight game and you can feel that everyone wants the Premiership. I’m confident you’ll see that drive to win on Wednesday

“We haven’t faced Victory yet, but from what we’ve seen they will definitely be a challenge. They have pace and experience throughout their squad, so we are expecting them to want to control the ball and find attacking space in behind on the large Cromer field.

“On a personal note to win the title would be my first piece of W-League silverware, so as you can imagine I’m very excited to make this opportunity a reality,” she continued.

“On a team level this will be Sydney FC’s first Premiership in over a decade, therefore it’s a huge opportunity for the club, staff and players to be recognised for their efforts this season.”

Sydney FC are back in Westfield W-League action on Wednesday night at Cromer Park against Melbourne Victory (kick off 7:30pm AEDT). With only a point needed for the title, be there to cheers your Sky Blues towards the Premiership – entry is FREE!