Sydney FC’s Westfield W-League Head Coach Daniel Barrett has tendered his resignation after two and a half seasons with the club.

Barrett took over from Matildas Head Coach Alen Stajcic in September 2014 and has continued the Sky Blues remarkable tradition of being the only Westfield W-League club to have taken part in every finals series.

He guided the club to the 2016 Grand Final narrowly missing out on the title against Melbourne City.

On leaving Sydney FC the outgoing coach thanked his players and the club for their support.

“It has been an honour and a privilege to have coached such a talented group of players over the last two and a half seasons,” he said.

“It has been an incredibly difficult decision to make to leave Sydney FC and I still have a desire to coach and take on a new challenge when the time is right.

“I have thoroughly enjoyed my time working with the players and staff at the club and I will remember it with great fondness.

“I would like to wish the club every success in the future.” 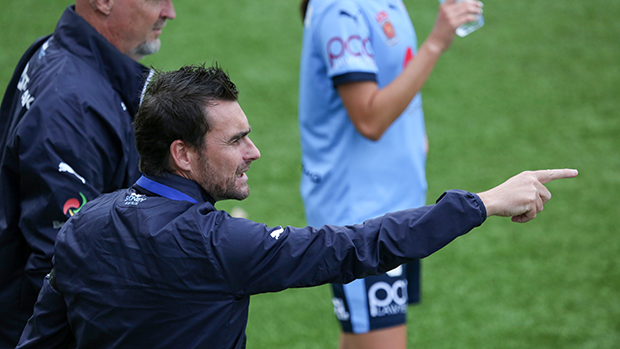 “I’d like to thank Dan for the excellent work he has done with our W-League side over the course of the last two and a half seasons,” he said.

“He has been a tremendous asset to Sydney FC and will be missed by players and fans.  We wish him all the best for the future.”

Barrett took charge of 38 games for the Sky Blues winning 17 in total.