Sydney FC’s Westfield W-League fixtures for the 2016/17 season have been confirmed, with a host of tantalising draws spread throughout the 14 rounds of competition.

The Sky Blues will contest four matches broadcast live on FOX SPORTS and ABC TV, all as double headers with the host Hyundai A-League club.

The 2016/17 season kick offs away to Brisbane Roar, before a welcome return to Allianz Stadium in round two to host the first Sydney Derby of the season in a double header with the Hyundai A-League squad, who face Perth Glory following proceedings. 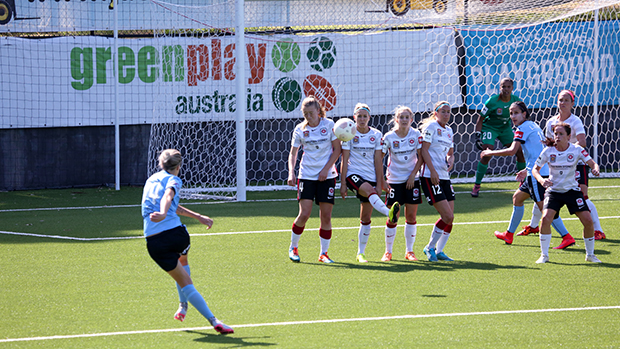 Following an away trip to Melbourne Victory, Sydney FC bring women’s football to the Sutherland Shire in 2016, with a home clash against Adelaide United at Seymour Shaw Park.

A round seven BYE follows away clashes against Newcastle Jets at Hunter Stadium and Perth Glory at Dorrien Gardens, before the Sky Blues return to Lambert Park for the first time against Brisbane Roar.

Sydney FC then contest a bumper New Years’ period with an away Sydney Derby at Poppondetta Park followed by a home clash against last season’s Semi-Final opponents Canberra United at Lambert Park. 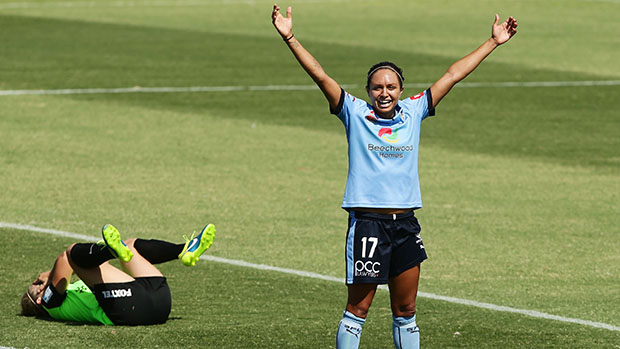 The hotly anticipated Grand Final rematch rounds out the New Year’s period, as the Sky Blues face off against Melbourne City at Central Coast Stadium in one of the biggest matches of the 2016/17 fixture list.

Following a round 12 BYE the regular season is rounded out with a home clash against Newcastle Jets and a final round away trip to face Adelaide United, with the 2015/16 Runners Up hoping to go one better this season.

Sydney FC Head Coach Dan Barrett said he was pleased with the 2016/17 draw as he earmarked the Sydney Derby at Allianz Stadium as a must attend.

“It’s always with great expectation that I await for the draw each year and it’s great that today it has arrived,” he said.

“It’s the final piece of the pre-season jigsaw puzzle and means the finishing touches to our plans can be finalised.

“The later start gives us as a squad a little more time together with some of our players arriving back from their international clubs. 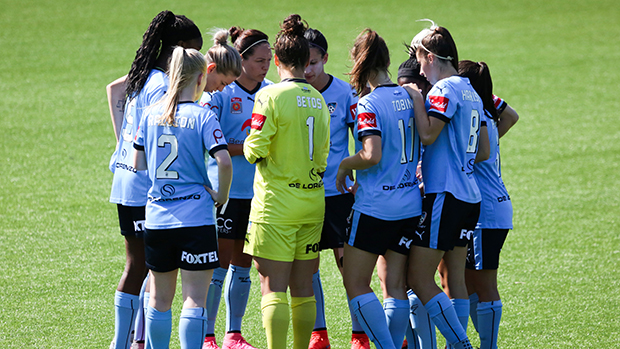 “It’s going to be exciting to play our Derby at Allianz Stadium before our A-League team. I always look for when that fixture is scheduled in particular,” he continued.

“To have the Derby as a curtain raiser to our men’s side will certainly make the match even more of a showcase.

“There is a tricky period over the New Year with a cluster of fixtures that will be challenging for all teams involved but we certainly will be, as of today, concentrating on round one against Brisbane Roar and then taking it game by game after that.”