Sydney FC Head Coach Graham Arnold has declared his squad the fittest in the league and believes their superior endurance has aided in their unbeaten five match start to the season.

While undefeated in consecutive matches, and having only conceded one goal, Arnold believes there are further improvements to be made by his side as he said he’s challenged the squad to build on their early success.

“The way we want to play we have to be extremely fit, and we’re getting fitter and fitter,” Arnold said

“When I watch the other games in the A-League I think we’re the fittest team in the country, we can run teams off their legs, we’ve done that in the first five weeks and once we get fitter we’ll evolve as a football team.

“We worked the players extremely hard in the pre-season. We played three or four more friendly games than what I would have normally done and getting to the FFA Cup Final and having those meaningful games in the pre-season live on Fox Sports with the pressure was a great for us.

“I keep driving to the players that the five games means nothing, there’s still 22 to go,” he continued.

“On Monday I asked the players a question after the game, is there anyone performing at the best of their ability and not one hand went up, so they know there’s a lot of improvement individually to go and obviously as a team they’ll get better. 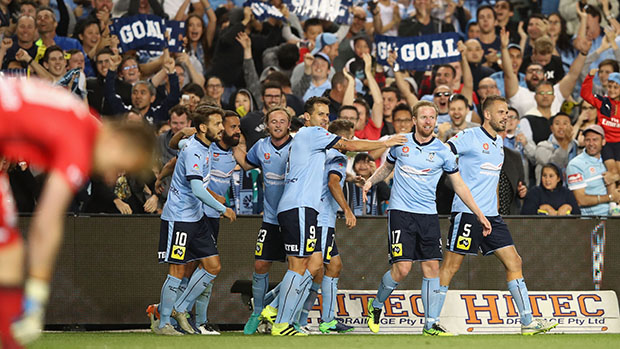 Arnold praised the makeup of his squad as he said the key to overcoming Perth Glory on Sunday at Allianz Stadium lies in restricting their star players from receiving possession.

“This group is fantastic, they know the single one goal and factor is to win silverware,” Arnold said.

“It’s a healthy group, it’s a happy group and it’s a group that has a lot of belief in what we’re doing and I’m looking forward to Sunday.

“Kenny does a great job in Perth and I think he’s been smart bringing back a lot of WA players from overseas,” he continued.

“Rhys Williams is a fantastic player, he’s played in the Premier League and we saw in the preseason what a class player he is. Keogh, Castro, Marinkovic, they’ve got some very good players.

“We’ve got to make sure we suffocate Perth in their possession to make sure they can’t get to their dangerous players. We’ve been doing that well and we have to continue to do that and we expect to win the game here in front of our home fans.” 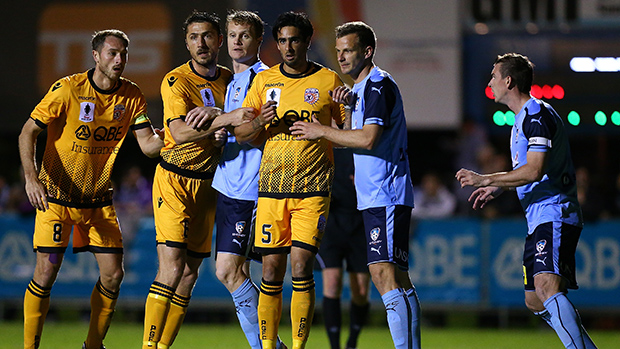