Sydney FC Head Coach Graham Arnold said the Sky Blues are in control of their own destiny as they head into Saturday night’s clash against Brisbane Roar at Suncorp Stadium (kick off 7:50pm).

The Sky Blues have a chance to equal the league record for best start to a season, and Arnold dismissed any notion that luck has played a part in their wins so far as he hinted that there’s still further improvement to be had from his squad.

“What I look at is compare our stats of what we’re doing every week,” Arnold said.

“Last week we had 47 entries into Perth Glory’s penalty box, with 27 occasions we should have got a shot on goal or scored and we only scored four goals.

“What I showed the boys during the week was where we can get much better. It’s about us getting better, we’re nowhere near the finished product, we’re still operating at 60-65% of where we’ll end up.

“We’re controlling our own destiny, we’re not hoping the other teams are making mistakes and capitalising on them. 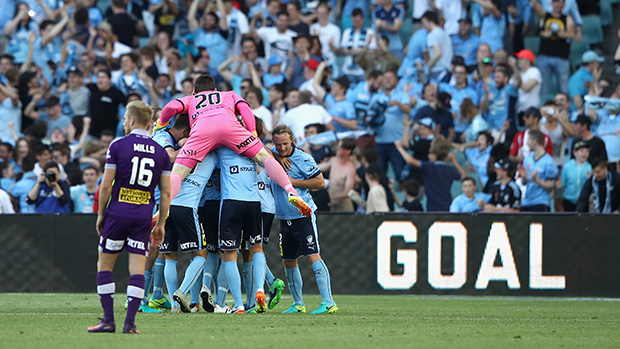 “We’re six rounds in, we’re looking to go up to play against Brisbane,” he continued.

“It’s only the start, records and that don’t really interest me. It’s about getting better with every performance.

“Brisbane have a history of being a very good club, a very good team. John and Ross Aloisi are doing a very good job up there, they’ve got depth and quality and for us it’s just another challenge. We’re going up there expecting to win the game.”

Arnold laid special praise on Milos Ninkovic who’s been instrumental in the Sky Blues early season form, as he lauded the mentality of the playing group.

“Milos has still got a lot left in him,” Arnold said.

“He’s doing exceptionally well and getting recognised through the fact that he’s scoring goals which has not been one of his biggest traits in his career.

“He’s an outstanding player. From day one he’s walked into the place and set a really high standard for the young boys to follow as an example.

“He’s such a good professional and he’s a top guy to go along with that. He’s in top form and I know it’ll continue on Saturday night. 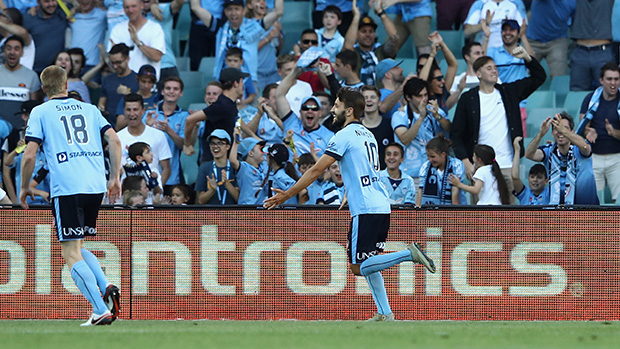 “It was explained to the players from day one  that we wanted two top players for every position, we wanted competition for places and the best performing players play and so far so good,” he continued.

“The players that aren’t playing are happy, I’ve had discussions with the boys who are on the bench and they’re happy that we’re winning and doing well.

“They’re working extremely hard to get in the team and the players on the field have to work hard to keep their starting position.

“We’ve got great character in the squad. The belief is whatever happens during the game that we’ve got the quality and the experience and fitness to do whatever it takes to win the game.”

Sydney FC travel to face Brisbane Roar at Suncorp Stadium on Saturday night (kick off 7:50pm). Catch the match live on Fox Sports or follow @SydneyFC on Twitter for updates.