Sydney FC keeper Andrew Redmayne drew praise from Arsene Wenger for his stunning performance on Thursday night, with the Arsenal manager admitting he may have erred in not signing the gloveman more than a decade ago.

REDMAYNE SHINES AGAINST THE GUNNERS

While the Sky Blues lost 2-0 in front of more than 80,000 fans at ANZ Stadium on Thursday night, it could have been much heavier if not for the 28-year-old gloveman.

Redmayne made a string of excellent saves, including a penalty to deny England international Danny Welbeck a goal in the second-half.

Redmayne had a two-week trial under Wenger in North London as a 16-year-old, with the Gunners boss opting not to sign the teenager at the time.

After watching his performance on Thursday night, he admits he might have blundered in not offering Redmayne a contract. 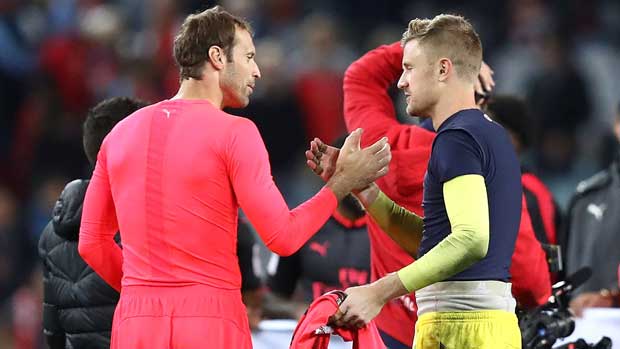 “I don’t remember — it’s such a long time I’m at Arsenal I do not remember all the trialists,” Wenger said.

“If he was with us, we made a mistake.

“At the end of the day I’d say their goalkeeper was man of the match.”

COULD REDMAYNE BE SYDNEY’S NO.1

With last year’s grand final hero and first-choice keeper Danny Vukovic no longer at the club, Redmayne has the chance to nail down the jersey if he keeps performing.

“I was very happy for him, especially against a team that he idolises.” 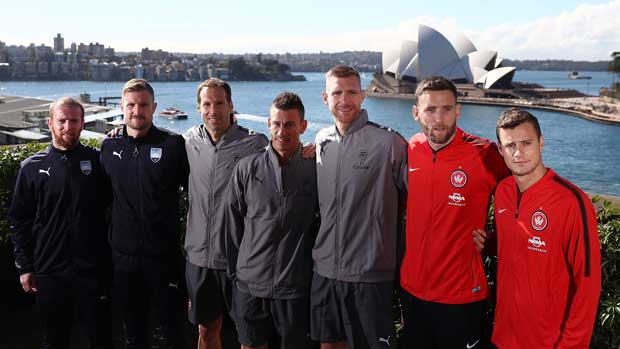