The French International joined the Gunners in a $90 million deal last week and will get his first game time for his new club against Head Coach Graham Arnold’s charges in the first hit out of pre-season.

“On Thursday he will certainly play a part in the game. We play football based on movement, technical qualities and mobility, and I believe that both of the new signings can integrate well into the team.

“I don’t know a lot about [Sydney FC] but I know they have been very successful,” he continued.

“It will be good to have to try and adapt quickly to a team that we don’t know and I believe that’s part of pre-season as well.

“I’m sure we’ll meet a team of quality and a team that will play with plenty of enthusiasm against us to show their level. It will be difficult.” 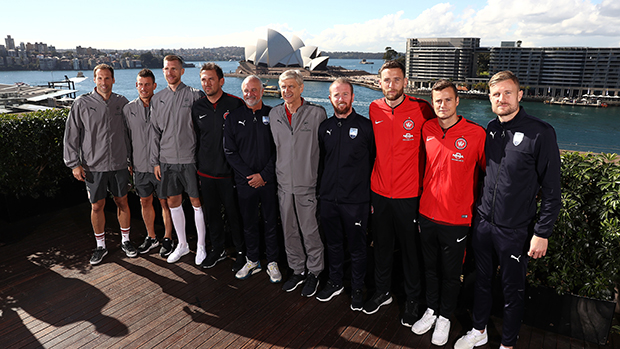 The Sky Blues boss said he was excited for Thursday’s encounter, saying it was a great way to kick off pre-season ahead of season 2017/18.

“I thought I was coming today to welcome my three new signings,” Arnold.

“We’re just early in our preseason but it’s going to be a wonderful opportunity for our boys to test themselves against the best.

“It’s an honour for our boys to walk out Thursday night to a massive crowd. For the good of the game in this country to get the type of clubs like Arsenal to come out is massive.

“We’re really excited to line up against these blokes and looking forward to the game on Thursday.”

Sydney FC take on Arsenal FC at ANZ Stadium on Thursday night in a blockbuster exhibition clash. Final tickets have been released, secure your seats now.