We’ll Be Even Better Warns Arnold

Sydney FC Head Coach Graham Arnold says he expects an even better Sydney FC team this season than his double winning 2016/17 squad, as he prepares to contest his first competition game on Wednesday night in the Westfield FFA Cup.

Facing Darwin Rovers at Darwin Football Stadium in the Round of 32, Arnold said there’d be no complacency from his squad as they set about achieving the only trophy absent from the Sky Blues cabinet.

“I expect us to be better than last year as a team,” Arnold said.

“Individually we did our season review and each player individually thought they had a lot more left in them.

“With the recruitment side of things we’re looking to get better players than what we had. As long as we get that right, we will get that right, I can only see us being better than last season.

“Our motivation [is the 2016 Final]. As I said to the boys, it’s one trophy that this club has never won and that’s the FFA Cup,” he continued.

“We got close last year, we felt we should have won it last year, we go into the Round of 32 to win the game and every game we go into we expect to win. There’s a trophy on the line and we want that trophy.

“We go there with the mentality to win the game, that’s the sole thing from us, we don’t care what the opposition is like, we’ve obviously done our homework on them, we know that it’s a one night only performance for them and they’ll give it their best shot but we go up there expecting to win.” 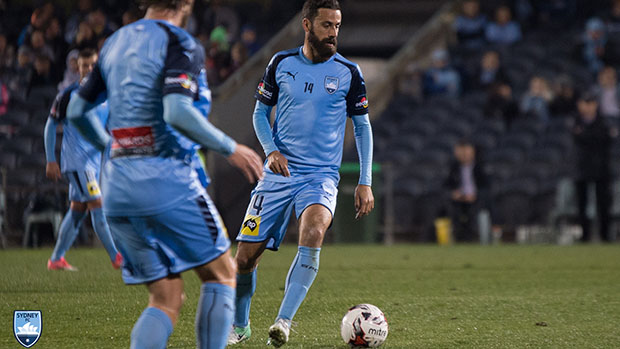 Arnold said he’d be playing the strongest squad available at his disposal on Wednesday night, as he also confirmed the recruitment process was coming along well ahead of the 2017/18 season kicking off.

“The weather was warmer here but they’ve been training in spray jackets all week to make it hotter for them.

“We go to Darwin expecting to win and with full intentions to perform to the maximum of our ability.

“It’s a good test of character, we’re in good shape at the moment and we’ll take our strongest team available.

“There’s a few boys [out] at the moment, Luke Wilkshire, Alex Brosque is a question mark as his wife is having a baby but we’re hoping that Alex will be ready to play.

“We still have a few places left to fill, there’s still a few spaces left in the salary cap,” Arnold continued.

“We’re well down the line on working on getting wingers to come in. Every replacement that we’re getting with recruitment we’re looking to get better than what left the club.

“We’re very happy with where we are at the moment, it takes time to recruit and the most important thing is to get it right. We’re expecting to get an outstanding player as well as expecting to get a good player but we’ve got time.”

Sydney FC take on Darwin Rovers in the Westfield FFA Cup Round of 32 on Wednesday 2 August (kick off 7:30pm AEST). Catch the match streamed live on foxsports.com.au or follow @SydneyFC on Twitter for updates.