The Week Ahead: Monday To Sunday

Here’s your handy guide to what’s in store for Sky Blues across seven days, including training sessions in the heat, a trip to Brisbane for our Westfield W-League side, and a return to Jubilee Stadium for the Sky Blues’ Hyundai A-League stars.

MONDAY
Kicking off Monday on a high, Head Coach Steve Corica’s men will take part in a recovery session at Balmoral Beach as they get their bodies back in shape for a tough test on Saturday at home against the Jets.

The Sky Blues’ Westfield W-League side are becoming early risers and will go through their paces in a morning training session at Macquarie University alongside the Sky Blues’ Foxtel Y-League squad and U20’s.

WEDNESDAY
Hump Day, and the Sky Blues’ Hyundai A-League squad return to training as preparations ramp up ahead of Saturday’s home match against the Jets at Jubilee Stadium. Head Coach Steve Corica’s men will go through a session in the morning, with time subject to change with high temperatures forecast.

Always an exciting day at the Holiday Clinics, the exclusive signing session with the entire A-League squad will take place at the Macquarie University Clinic, while the players will also visit the Rockdale Clinic and Wollongong Clinic which kicks off today. 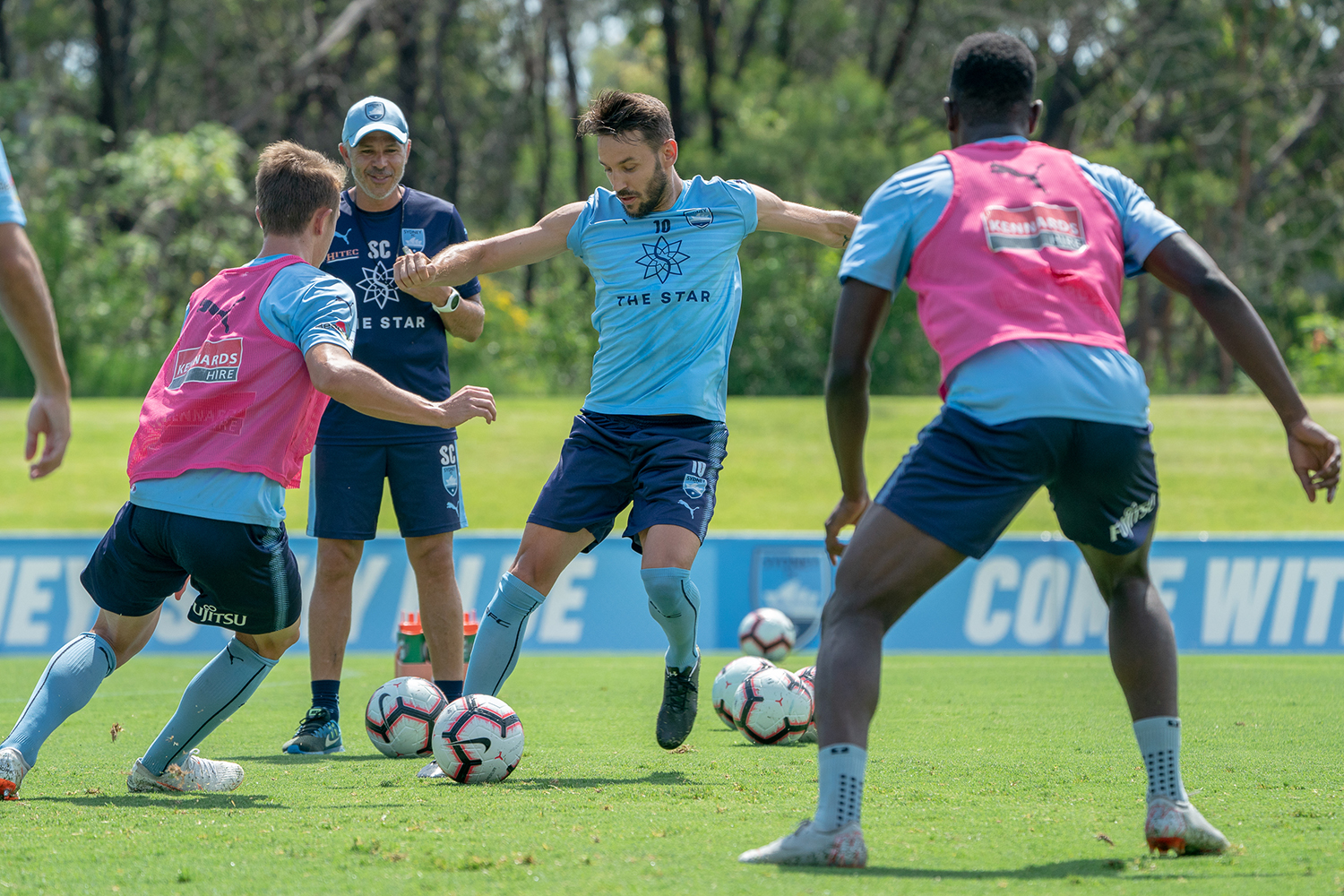 THURSDAY
Preparations ramp up for the Hyundai A-League squad with training at Macquarie University, time subject to change due to the heat. The Westfield W-League squad will also be training, with an evening session pencilled in, while the Foxtel Y-League and U20’s squads are off.

It’s Day 3 of our Rockdale Clinic, with plenty of football skill on show from the kids, as our Wollongong Summer Clinic enters its second day at WIN Stadium.

FRIDAY
It’s Matchday -1 for our Hyundai A-League and Westfield W-League squads as they prepare for huge clashes on Saturday both home and away.

While Sydney FC’s Hyundai A-League squad train at Macquarie University Sports Fields in the morning, the Sky Blues’ W-League squad are on an afternoon flight to Brisbane ahead of their Round 12 encounter at Lions Stadium.

Our Holiday Clinics also wrap up for the week, as our Wollongong Clinic completes day 3.

SATURDAY
It’s Game Day! Our Westfield W-League side are in action away at Lions Stadium against Brisbane Roar (kick off 5pm AEDT), while our Hyundai A-League squad host the Newcastle Jets at Jubilee Stadium in a huge clash (kick off 5:35pm AEDT).

Maccas ‘Families on the Field’ returns at Jubilee Stadium, so bring your football and make sure you stick around post-match for a kickabout on the Sky Blues’ pitch!

It’s also matchday -1 for our Foxtel Y-League side as they go through their paces in the morning at Macquarie University ahead of Sunday’s away encounter against Canberra.

SUNDAY
It’s Game Day for our Foxtel Y-League side as they board the bus and head to Canberra for a clash in the capital at Deakin Stadium (kick off 4:30pm AEDT). A win for Head Coach Giancarlo Italiano’s side will see the Young Sky Blues in contention to pick up the Conference B Premiership the following week against the Wanderers.

Sydney FC’s Hyundai A-League squad will take part in a light recovery session after their exertions against the Jets while the Sky Blues’ Westfield W-League side board a mid-morning flight home from Brisbane.