Sydney FC’s southernmost encounter with Melbourne Victory will be streamed LIVE on sydneyfc.com after the Victory confirmed that they will host the streaming of the event on Sunday 28 September.

The Sky Blues travel to Hobart on Sunday to take on the Victory at North Hobart Oval (kick off 3pm) in what will be the final match of Sydney FC’s well-travelled pre-season campaign, with the Hyundai A-League 2014 season kick off just over two weeks away. 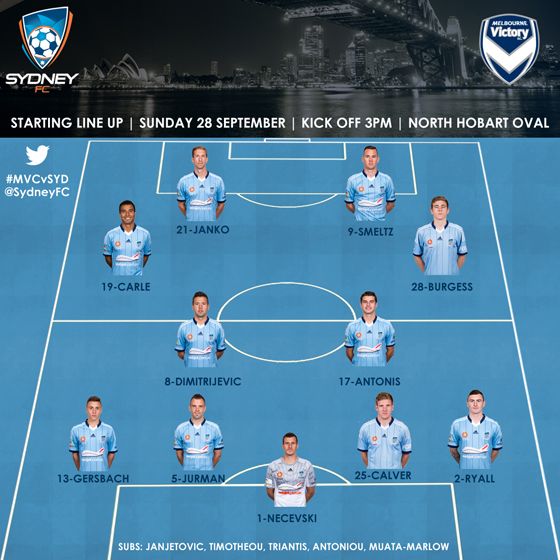 After progressing to the quarter finals of the Westfield FFA Cup with a dominant 3-1 victory over Sydney United 58 FC on Tuesday night, Head Coach Graham Arnold will travel with a mix of experience and youth including Austrian international Marc Janko and hot shot Shane Smeltz.

Keep an eye on sydneyfc.com for the LIVE stream with match updates also being provided via Twitter. Follow @SydneyFC to stay in touch with everything we do in Hobart.

Tickets for the clash are available at the gate or at www.ticketmaster.com.au.