We caught up with goalkeeper Danny Vukovic to get his thoughts on Wednesday’s Cup decider, with the shotstopper set for his third Westfield FFA Cup Final appearance in as many years.

Third FFA Cup Final appearance, most people dream of only ever making one, how does it feel to make three?

I consider myself lucky to have made three for sure. Everyone wants to play in a cup final and to be playing in my third final in as many years is a special feeling for myself.

Does the pressure leading up to the match get any easier considering you’ve experienced it before?

I suppose it does a little bit, you tend to know what to expect in the run up to the match. But in saying that there is always pressure in football. I still get nervous ahead of regular games, it’s just natural, so Wednesday will be no different.

It’s a one off game, high stakes pressure match. They tend to usually be cagey affairs with both teams sitting off waiting for the other to make a mistake. In saying that, they’re usually entertaining matches, the fans get right behind both teams which might make it a bit fiery at times, but it’s always a great spectacle and showpiece occasion. 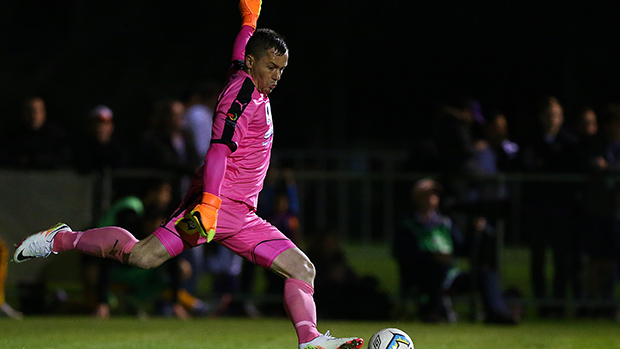 Have you felt anything different in this year’s run to the final compared to your other two cup runs?

Yeah I think this has been, this team is defensively one of if not the best team I’ve been a part of. We’ve conceded no goals in the tournament to date and I’d love for that to continue on Wednesday night.

What are you expecting on Wednesday night?

Like I said before, it could be a cagey affair but it could also be an open affair, it’s one of those wait and see kind of matches but I’m expecting it to be an exciting encounter for the neutrals regardless.

What would it mean to bring the trophy home to Sydney?

It would mean a lot to bring the Cup home to Sydney especially being their first ever FFA Cup trophy. We spoke about it at the start of the season how Sydney hasn’t had a trophy for a while and we said we wanted to be the playing group to turn that around. It’s the first piece of silverware on offer on Wednesday and we want to win it.