Sydney FC have been defeated by the Brisbane Roar in a tense affair at Allianz Stadium. A couple of early goals from set pieces had the Roar well on their way and they defended their lead effectively for the rest of the game.

They got back into the game via Ninković’s headed goal, while creating plenty of chances throughout the game.

Alex Wilkinson had a goal disallowed by the Video Assistant Referee and Simon had an effort that struck the post late on. 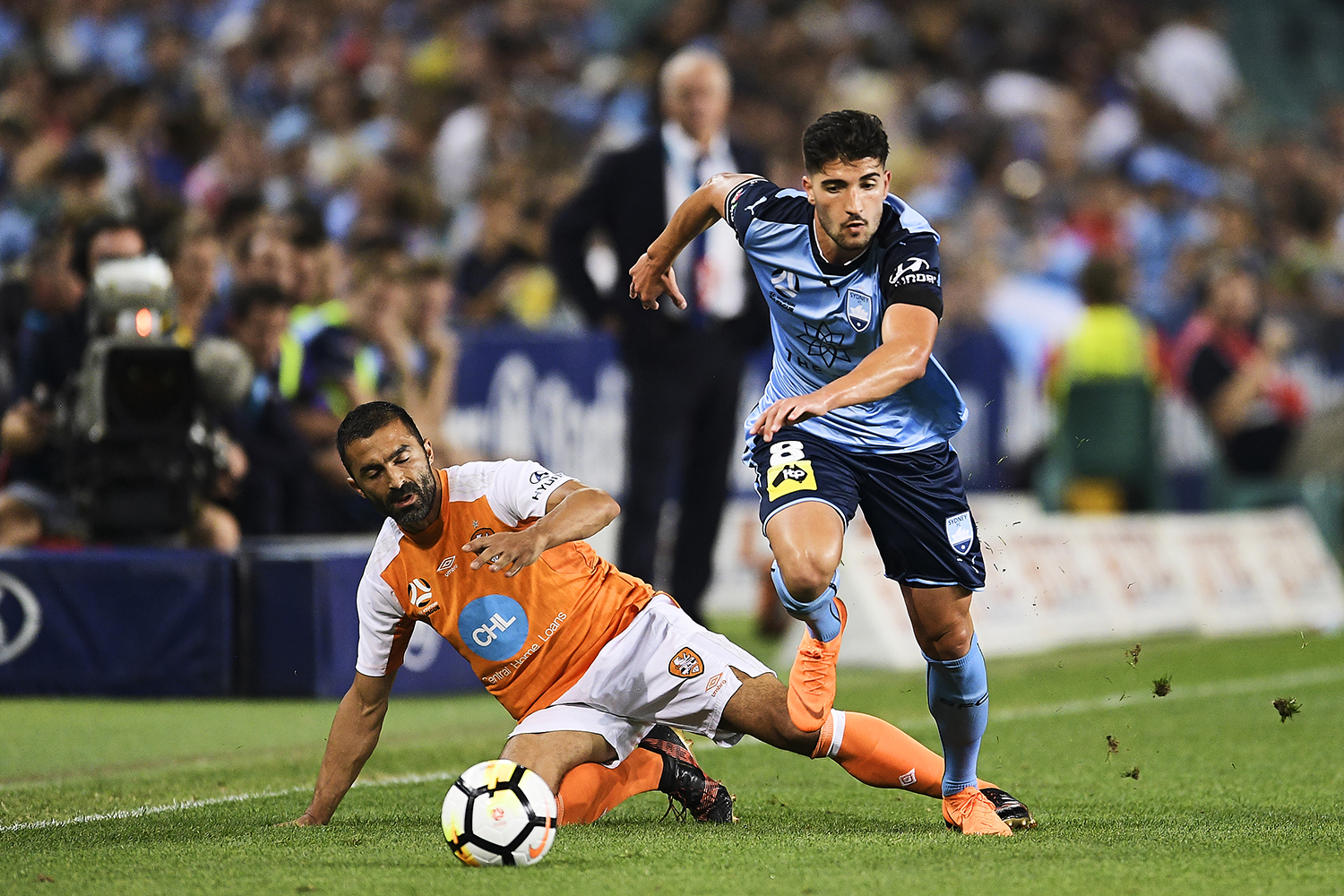 Graham Arnold: “We haven’t conceded in general play in three or four games, we work on them in training [set pieces] but at the end of the day its all about focus and concentration,” Arnold said.

“At the end of the day we had enough chances to win the game, we’ll take away lessons from that. It’s a challenge at the moment, a great challenge that everyone needs to embrace, that is with the two competitions.”

“We’ve had the rub of the green some nights with VAR, but tonight we didn’t have it and that’s football now,” he said. 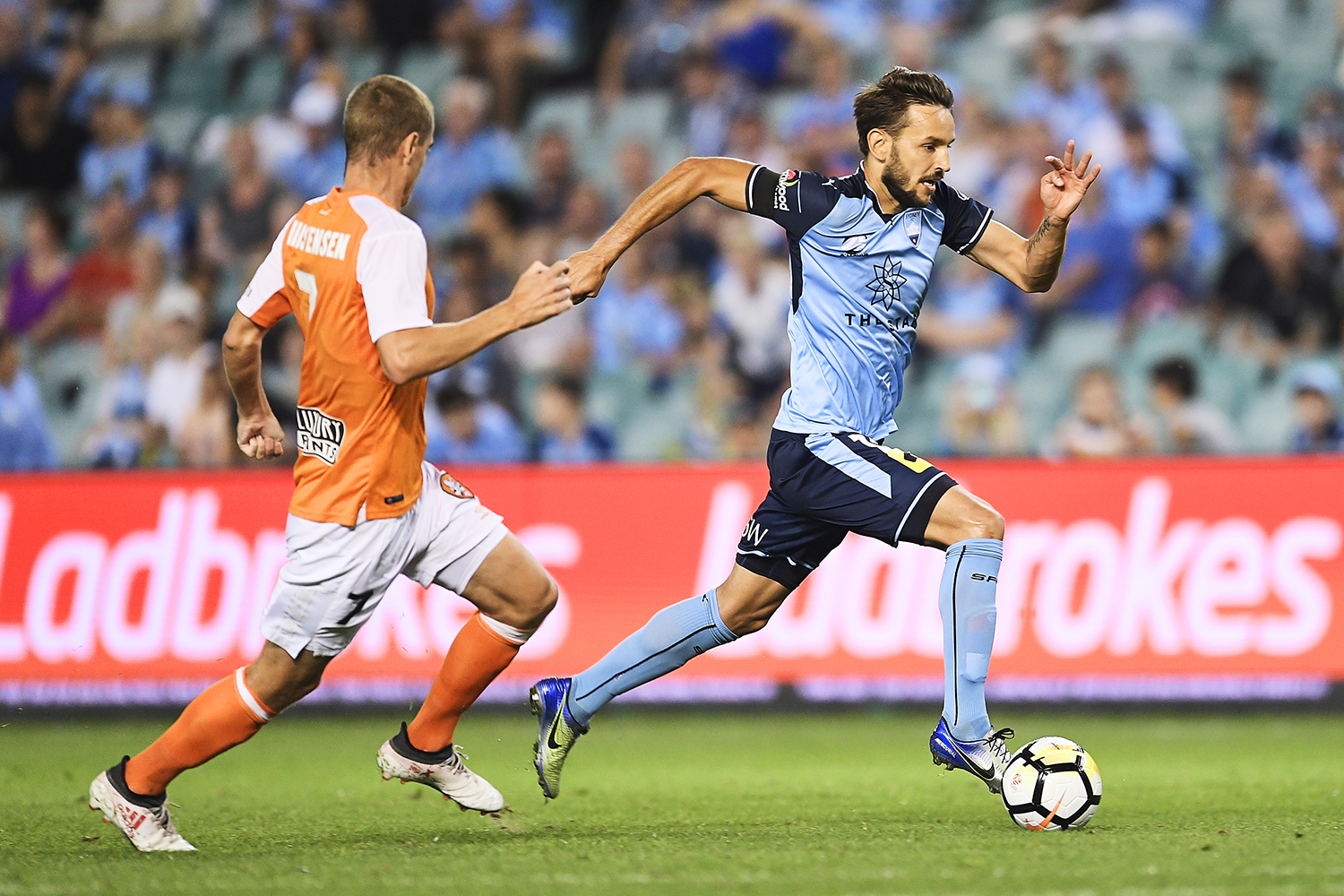 9’ MCKAY: The former Socceroo meets a corner with a glancing header, directing the ball into the top right corner of the goal.

17’ PEPPER: The Roar profit from a second set piece as Ben Khalfallah heads the ball back across goal for Pepper to smash home.

59’ NINKOVIĆ: The second time the Sky Blues have had the ball in the opposing net from a set piece and on this occasion the goal stands. Buijs curls in a smashing delivery that is begging to be turned in, and Ninković duly obliges, heading in at the back post. 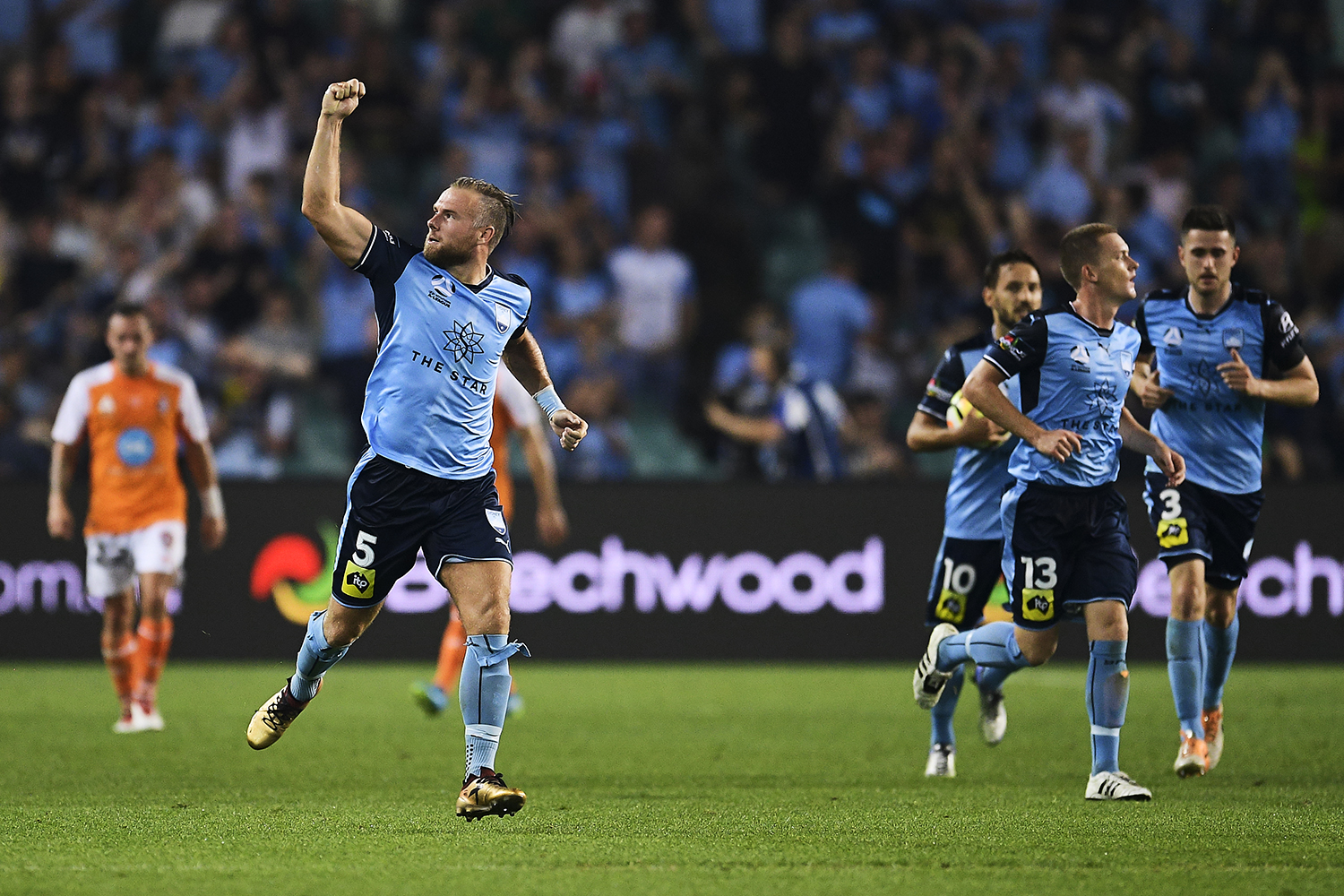 13’ MIERZEJEWSKI’S HEADER: Bobô wins a foul in Brisbane’s half and Buijs whips a delightful cross in from the resultant set piece. Mierzejewski reads the flight of the ball well but is just off target with his headed effort.

33’ WILKINSON GOAL DISALLOWED: Wilkinson thumps a header home from Mierzejewski’s free kick and Sydney FC celebrate clawing a goal back but the mood is shattered by the intercession of the Video Assistant Referee, whose replay deems Wilkinson to have been offside.

61’ NINKOVIĆ LOOKING DANGEROUS: Just moments after getting Sydney FC back in the game, the Serbian playmaker almost equalises the scores. A fizzing cross skips past men in the box before being picked up by Ninković, who attempts to curl a shot around his marker but it goes narrowly wide of the upright.

83’ BOBÔ POWERFUL STRIKE: Bobô picks up the ball and strides forward purposefully before unleashing a powerful strike. Despite achieving the required power his shot flies straight into the arms of Young in goal.

89’ SIMON STRIKES THE POST: Simon shows remarkable strength and pace to shrug off his marker as he powers down the right flank. He beats Young from a difficult angle but his thumping strike cannons back off the post.

90+5’ BOBÔ ALMOST PUTS IT ON A PLATTER: The Brazilian striker uses the outside of his foot to stand a ball up to the back post where Simon is lurking, but his shot winds up in the side netting.

90+6’ O’NEILL LAST GASP FREE KICK: Young produces a wonder save to deny O’Neill’s brilliant effort which looked destined for the back of the net. 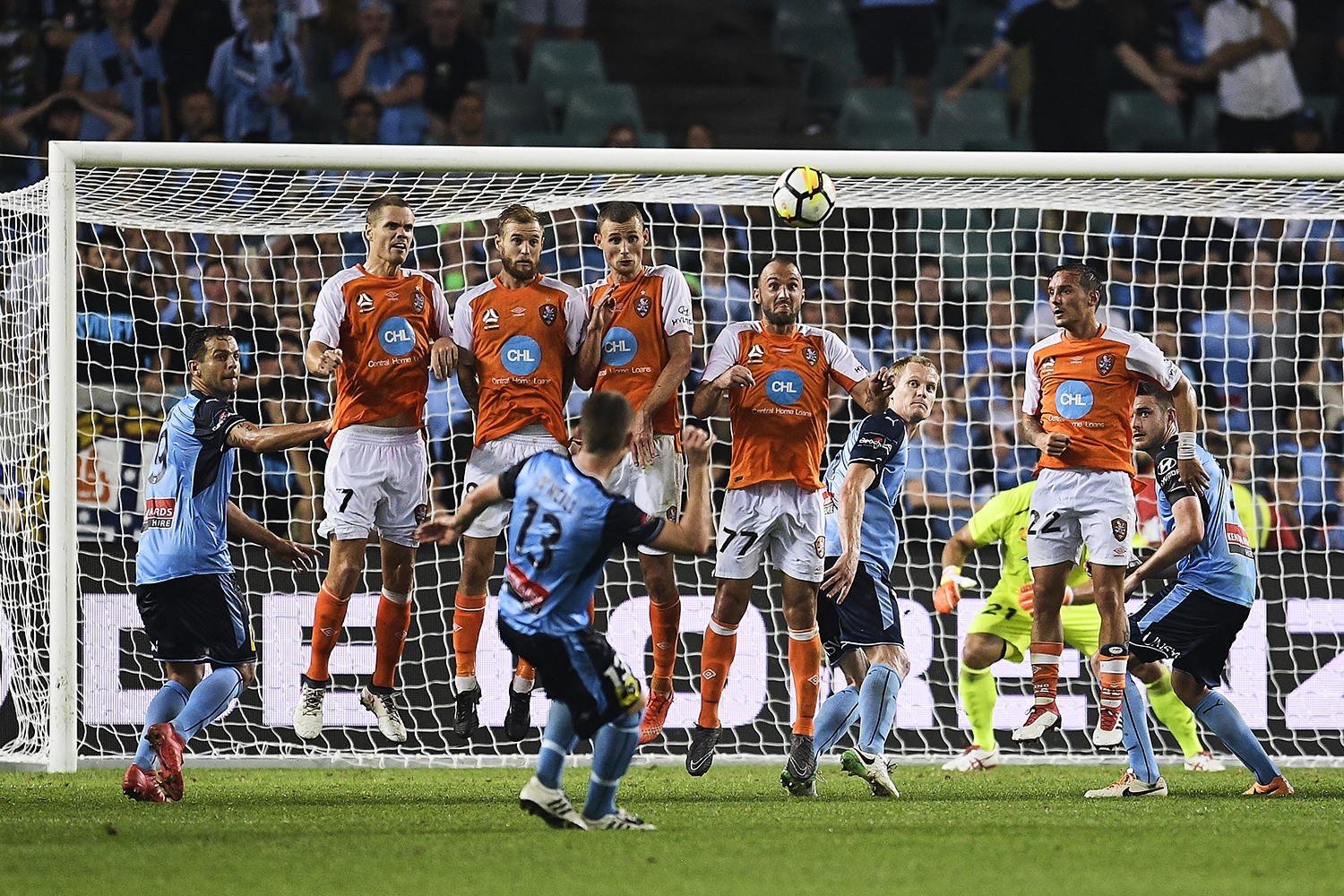 Head Coach Graham Arnold brings Buijs and Carney back into the defensive four. Ninković, O’Neill, and Bobô start having been rested for the Sky Blue’s 1-1 draw against the Kashima Antlers in Japan earlier this week.

Sydney FC face Central Coast Mariners away from home on Saturday 24 March (kick off 5:35pm AEDT). Join like-minded Sky Blues’ fans and back the squad from our Official Home Away from Home at The Star, Sydney.