Sydney FC’s US national team player Emily Sonnett says her side was a little lucky to see off a brave Newcastle Jets after a thrilling semi-final win on Saturday.

Sydney FC’s US national team player Emily Sonnett says her side was a little lucky to see off a brave Newcastle Jets after a thrilling semi-final win on Saturday.

Sonnett was outstanding in an epic 3-2 win after extra time over the Jets on Saturday at Leichhardt Oval.

The Jets looked in trouble at half time, down 2-0 to the Sky Blues and reeling from Hannah Brewer’s red card late in the half.

But Craig Deans’ Jets stormed back into the contest to draw level 2-2 and take the semi into extra time.

Re-live the game in the MATCH CENTRE

The 24-year-old from Portland Thorns conceded the Sky Blues dodged a bullet against an impressive Jets side. 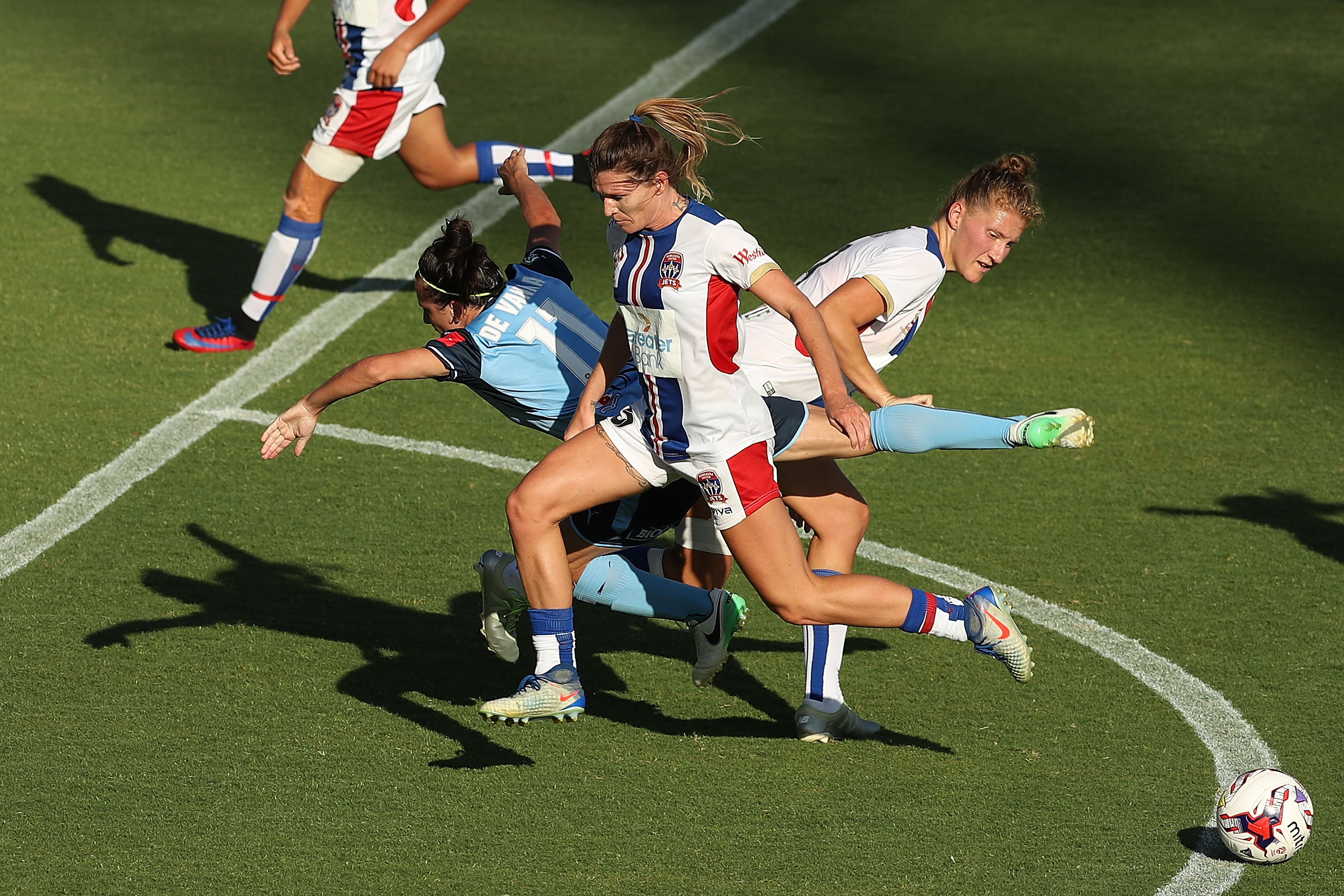 “First half we were great. Second half they went down a man and we were a bit lax but hats off to our girls.

“We were lucky to come out on the winning side but hats off to Lisa [De Vanna] who finished it off with her lucky left foot,” Sonnett told Fox Sports.

Sydney FC will face either Brisbane Roar or Melbourne City in next weekend’s grand final.

The two teams face each other on Sunday at Perry Park in Brisbane.

And after such an epic, Sonnett knows how Sydney FC will need to prepare for the season finale in a week’s time.

“But we’re excited to head to the final,” she added.

Westfield W-League Grand Final tickets are now on sale! Be at home at Allianz Stadium and back your Sky Blues in the 2018 decider.