Sydney FC came from behind to deservedly move an incredible 11 points clear at the top of the Hyundai A-League and stretch their unbeaten run to an immense 17 games since the start of the season.

Hosts Melbourne were reduced to ten men after James Donachie was sent off following a reckless challenge on Alex Brosque, as the striker looked to increase the Sky Blues lead.

Sydney FC head to Brisbane Roar next Friday night as they look to continue their invincible season. 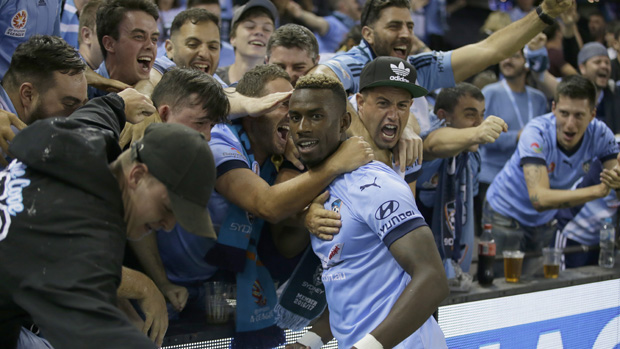 Graham Arnold: “It was a difficult pitch to play on, it’s bouncy, it’s quick and what we had to do is match the fight with Melbourne Victory.  We did that and got the result but we can play better than that.

“It was a good fighting performance, it’s a fantastic result to come down here and a very difficult stadium to play at Melbourne’s home ground, so to go away with the three points is good.”

Jordy Buijs: “It’s my first game after a couple of months but we knew what to do and did very good. To be 11 points clear is excellent and I’m very proud of the boys.

“It’s going well for me to get through 90 minutes after three months without a full game.  It’s been a very easy transition to playing here and they are a fantastic squad so I’m loving it very much.”

18’ TROISI GOAL – Khalfallah gets clear down the right and finds Rojas with his back to goal. The Kiwi lays it back to Troisi who finds the bottom corner of the net.

38’ HOLOSKO GOAL – Ninkovic chips a perfect cross to the head of Holosko who loops a header into the top corner to square the ledger.

65’ IBINI GOAL – Ibini latches onto a Brosque header down the middle of the pitch, out muscles two defenders to blast the ball home. 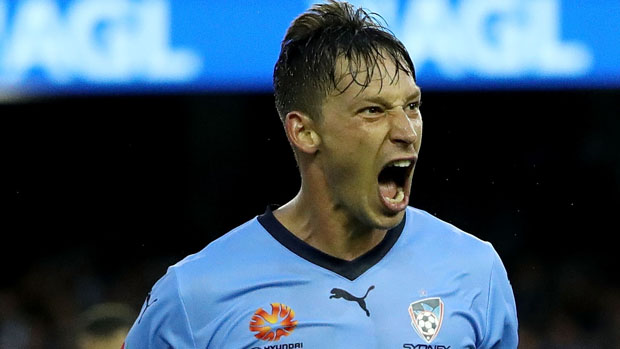 8′ HOLOSKO CLOSE – A long throw from Michael Zullo is flicked on to Holosko at the back post who takes it on his chest, turns & shoots but Thomas is down low to save.

23′ GREAT SAVE VUKOVIC – Rojas turns and shoots in the box but Vukovic gets a hand to it to push it wide.

36′ BOBÔ CHANCE – A right wing cross is nudged goalwards by Bobô but Thomas dives full length to make a fingertip save. Zullo then beats a defender to take a shot from close range but Thomas is up quickly to block.

57′ KHALFALLAH HITS BAR – Khalfallah chips the ball towards goal however it hits the bar and Vukovic had it covered.

59′ GREAT SAVE VUKOVIC – A scramble in the Sydney FC box and the ball falls to Broxham who strikes from close range but Vukovic is big and blocks with his shoulder.

71’ RED CARD DONACHIE – Sydney FC break through Brosque and Ibini and with Brosque looking to shoot Donachie piles in with a reckless challenge and is given a straight red.

Head Coach Graham Arnold made one change to the starting line up from the team that defeated Adelaide United six days earlier.  Suspended Rhyan Grant was replaced by Jordy Buijs who moved into the left centre half position with Aaron Calver moving to right back. 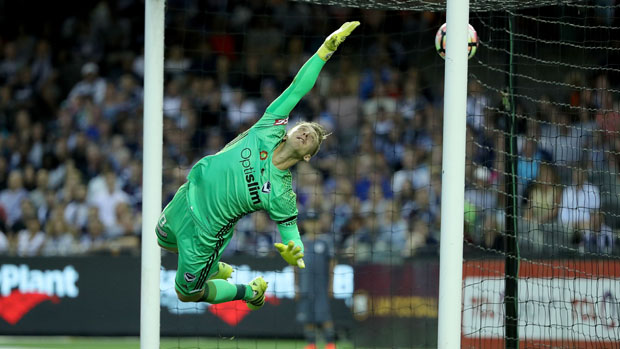 Sydney FC Finals Run Flexi Now Available – Choice of any 3 of the last 5 home matches from $40 for Juniors and $75 for Adults. CLICK HERE