A strong second half showing from a Sydney FC side, weakened by six players through suspension and international duty, was not enough as Brisbane Roar walked away with the points in the Westfield W-League opener at Allianz Stadium.

The Sky Blues’ were up against it from the start, conceding within the first 30 seconds but settled into their style with some intelligent interplay, led by captain Teresa Polias.

The task was made more difficult when Toby added to the Roar’s lead in the 37th minute, after the ball rebounded off the winger’s body.

Sydney FC were strong in the second half and got their reward ten minutes from time after Leena Khamis was brought down by a high foot in the box, and US International Emily Sonnett made no mistake from the spot.

However Brisbane put the game beyond doubt four minutes later with Toby nodding her second goal of the game. 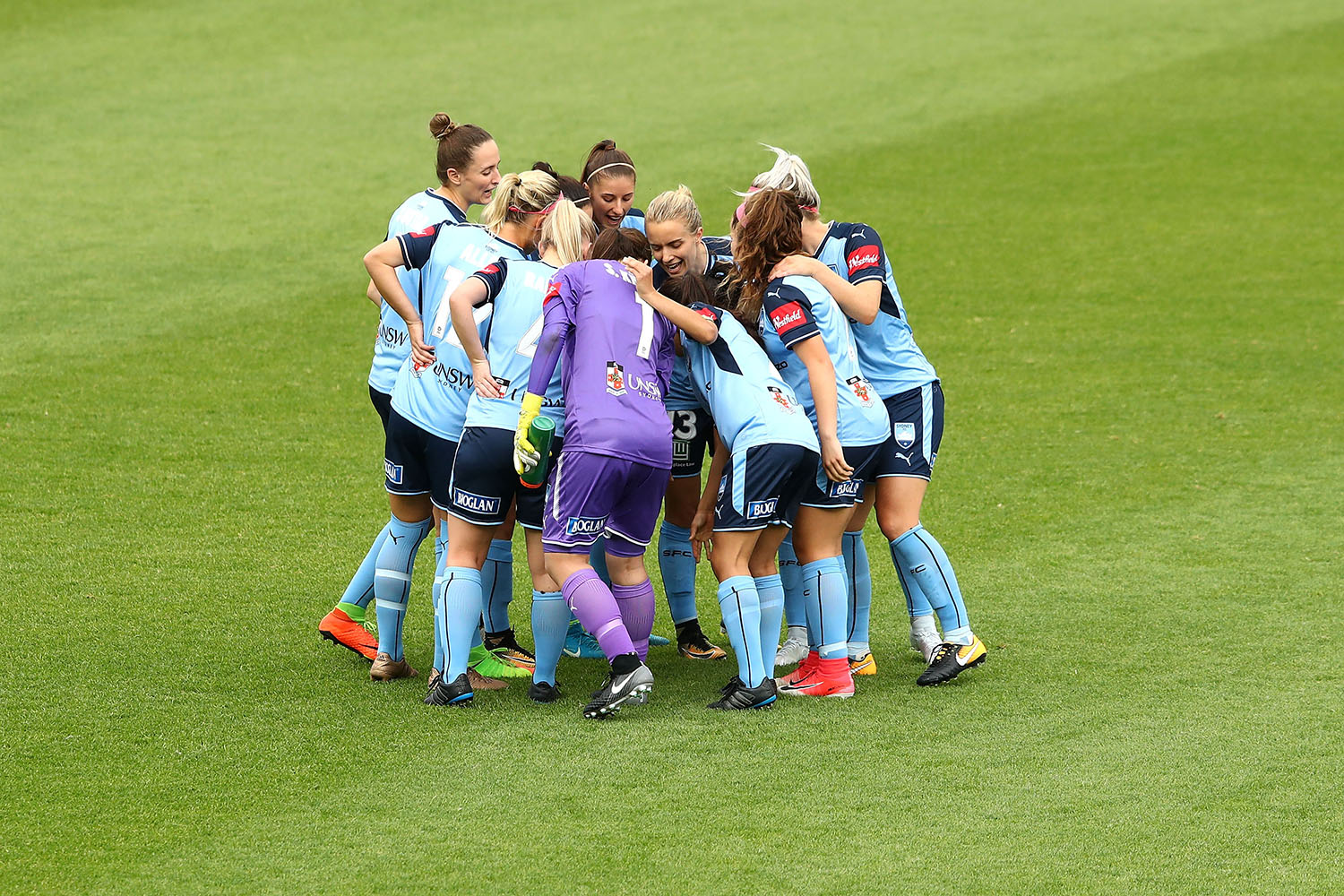 Emily Sonnett: “It was an honour to even get on the field having just arrived a few days ago and my mentality was to do the most I can for the team.

“We fell a little short but now we know what things we need to work on moving forward so that’s the positive.

“I was happy to step up for the penalty, I’ve done it in the past and felt comfortable and I’m just lucky I was able to be in that position.”

1’ GOAL GORRY – A cross from Toby finds Lloyd who lays off to Gorry just inside the box and the midfielder rifles into the top corner of the net.

37’ GOAL TOBY – Cheung finds Toby in the box and the ball is bundled into the net.

80’ PENALTY SONNETT – Leena Khamis is brought down by a dangerous high foot by O’Brien in the box. After conferring with her fourth official, the referee points to the spot. Substitute Sonnett slots it calmly to her right, sending the keeper the wrong way.

84’ GOAL TOBY – An in-swinging cross from Tathem finds the head of Toby who sees her header find the back of the net. 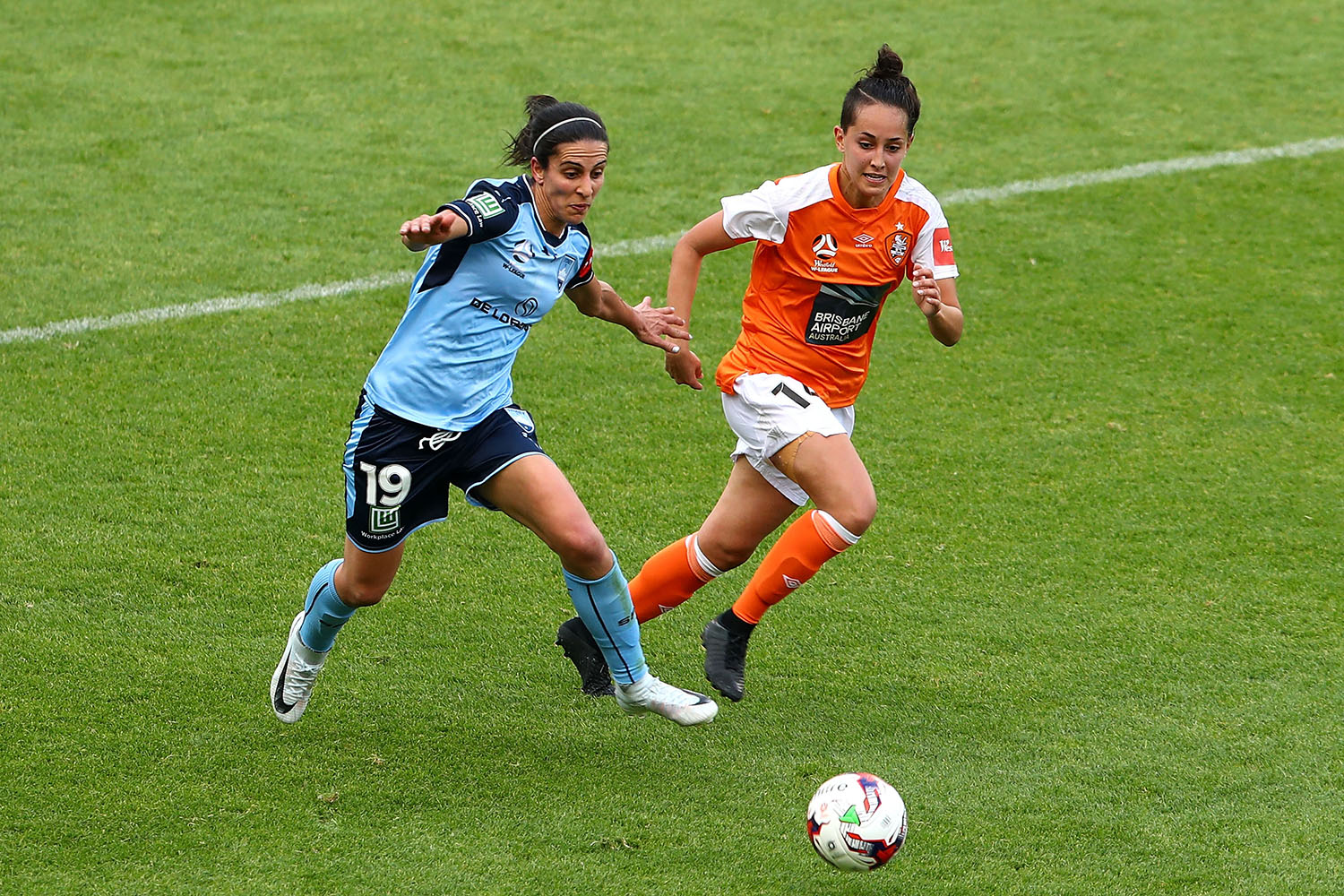 11’ HEADER COOPER – An in-swinging cross from captain Polias is nodded on towards Cooper who sees her header just go over the bar.

18’ CHANCE STOPPED S.KHAMIS – Ball played in behind Sydney’s defence almost finds Brisbane’s Cheung but is smothered by Khamis who reads it well.

30’ GREAT SAVE S.KHAMIS – Pickett for Brisbane finds Cheung in the box who sees her header saved brilliantly by Khamis.

50’ CHANCE LOGARZO – Logarzo skips past a Roar defender on the wing and sends a stinging shot the way of Arnold who just does enough.

54’ SO CLOSE HARRISON – Leena Khamis is brought down around the edge of the box and the referee signals for a free kick. Harrison steps up and hits a thunderous effort towards goal but is tipped away by Arnold.

60’ GREAT RUN VIGNES – The Sky Blues’ winger dispossesses Toby brilliantly to find herself with one Roar defender and the keeper to beat. She tries to squeeze the ball in from an acute angle but can’t manage to find the net.

63’ CHANCE VIGNES – A great cross from Allen evades all Brisbane’s defenders to find Vignes at the back post who sticks out a foot but is unable to find enough contact to steer the ball towards goal.

88’ GREAT SAVE S.KHAMIS – Cheung is found in the six-yard box but is thwarted once by Khamis who gets low to deflect her shot away. 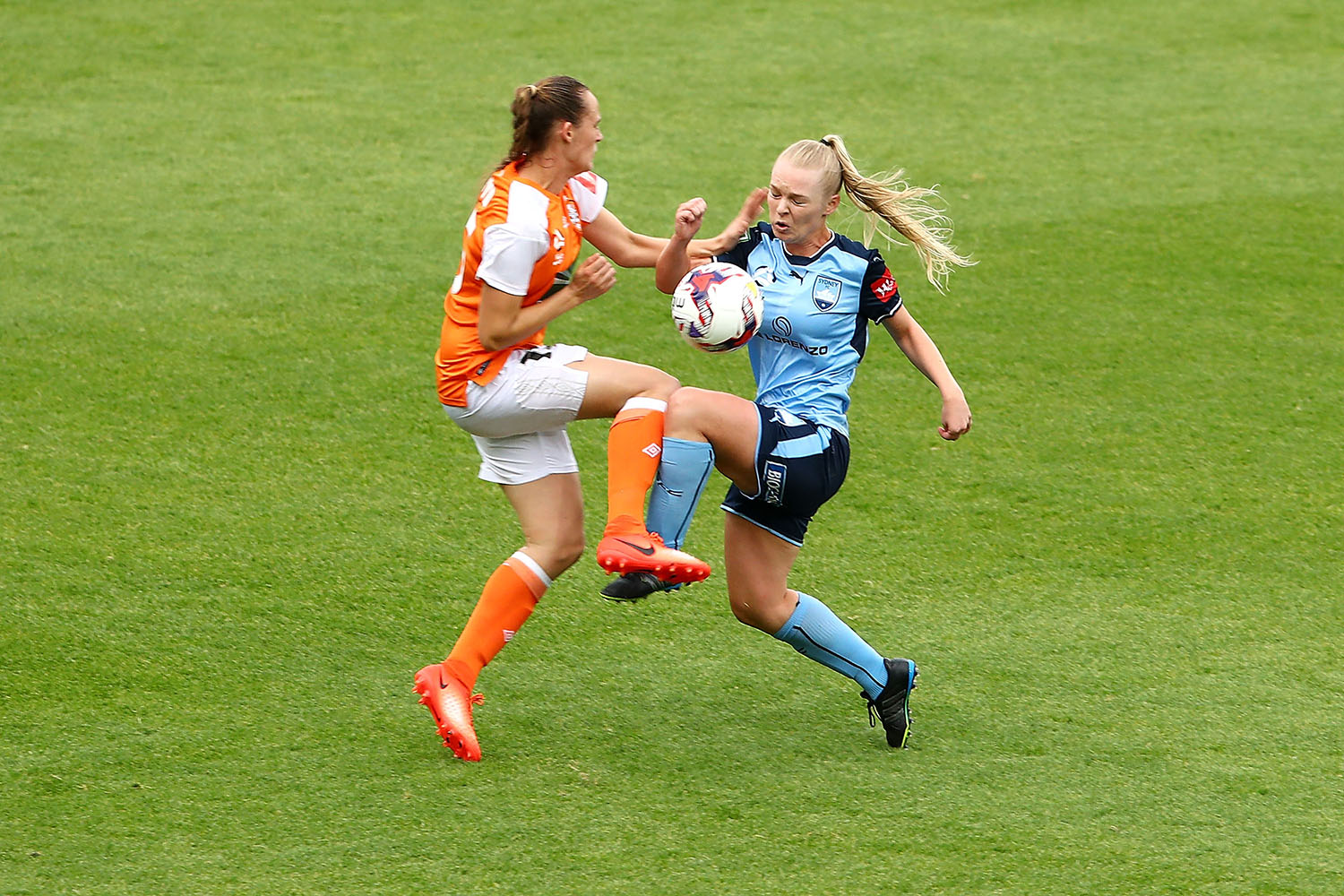