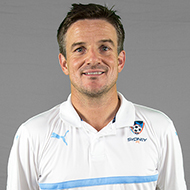 “Alex has over 15 years’ experience in Youth Coaching, with the last 8 seasons at NPL 1 level with Blacktown City, Marconi and Sydney Olympic. For the last 5 years he has also served as Head Coach of the NSW State Primary Schools Team competing at National Championships. Honours include three schools’ National Championships, two schools’ State Championships and two NPL Youth Championships. Alex is working towards the FFA B Licence accreditation and has a firstMclass background in education, working as Deputy Principal of a Primary School in Sydney’s west.

“I’ve always been impressed with the way Alex’s teams have played, and clearly he has the ability to develop players with a clear understanding of the playing style he wants them to exhibit. While observing him this year, I’ve also learned that he is a fantastic exponent of building a team culture. This obviously explains why so many players and parents speak so highly of him.” – words by Academy Director Kelly Cross. 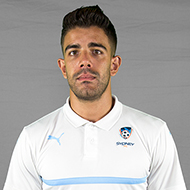