“Pat joins the Academy after eight years at Capital Football, the governing body for football in the ACT. He has extensive experience in elite player development and talent identification as well as performance analysis using video platforms (including assisting the Matildas in their Rio Olympics qualification)

“As an FFA NTC Head Coach, Pat coached the most talented young players in the ACT for years, and a large number of them have progressed to higher honours, including 5 Australian U17 players, and 9 boys selected to play in the National Youth League. He has also served as a member of the FFA Technical Study Group at National Championships.

“Pat will also take on the role of Head Coach of the Sydney FC Football Program at Endeavour Sports High School.

“Pat holds the FFA A Licence and a degree in Business Administration.” – words by Academy Director Kelly Cross. 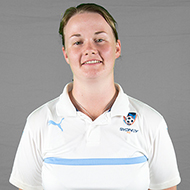