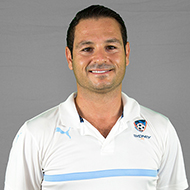 “Devrim has many years of youth coaching experience, and has worked for the last four years as Head Coach of the Football NSW Institute teams in the U12 and U13 ageMgroups (competing in U13 and U14 leagues) He holds the FFA B Licence and is a High School Physical Education teacher at Bossley Park High School, where he is also one of the coaches in the Sydney FC program.

“I’ve known Devrim for over 20 years, having coached him as a player at Westfields, in the NSW State Team and at the NSW Institute of Sport. More recently, I’ve worked closely with him while he’s been coaching at the FNSW Institute. For the last two years I’ve been developing a new model for teaching and developing young football players, and Devrim has been a key part of the process. He has been testing the fundamental elements of the philosophy and implementing training exercises to bring it all to life. He was an obvious choice to be part of our Academy staff.” – words by Academy Director Kelly Cross. 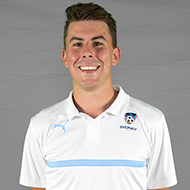