Buhagiar, an Australian under 23 international, joins on a two-season deal while Zuvela re-signs for a further season after an impressive first year with the Sky Blues.

20-year old Buhagiar is famed for his pace and will provide an added attacking option for the Sky Blues ahead of another busy Hyundai A-League season and AFC Champions League campaign in 2019.

A product of the International Football School, Buhagiar said he was excited to be joining the reigning Hyundai A-League Premiers.

“Sydney FC are winners and I feel I can take my game to a whole new level at the Sky Blues,” Buhagiar said.

“I’ve heard nothing but good things about Sydney FC’s Members and fans and I can’t wait to pull on the Sky Blue jersey on our journey next season.

“My aim is to work hard, give everything, fight for a place and to grow in a professional environment.”

Zuvela inks his second year as a professional as Sydney FC retain another member of their 2017/18 Premiership and FFA Cup winning squad.

The 21-year old midfielder said he was excited to be continuing as a Sydney FC player, having risen through the ranks of the Sky Blues’ Academy before making his Sydney FC first team debut in their 8-0 FFA Cup thrashing away to Darwin Rovers in August last year.

“I’ve spent the best part of my youth career at Sydney FC, I bleed Sky Blue and I’m pleased to be re-signing for season 2018/19,” Zuvela said.

“I’ve learnt a lot in my time here, the club has made me the player I currently am, and I want to repay that faith with performances on the pitch.

“I’m looking forward to the journey ahead under the new Head Coach and I’m keen to play as many minutes as possible.” 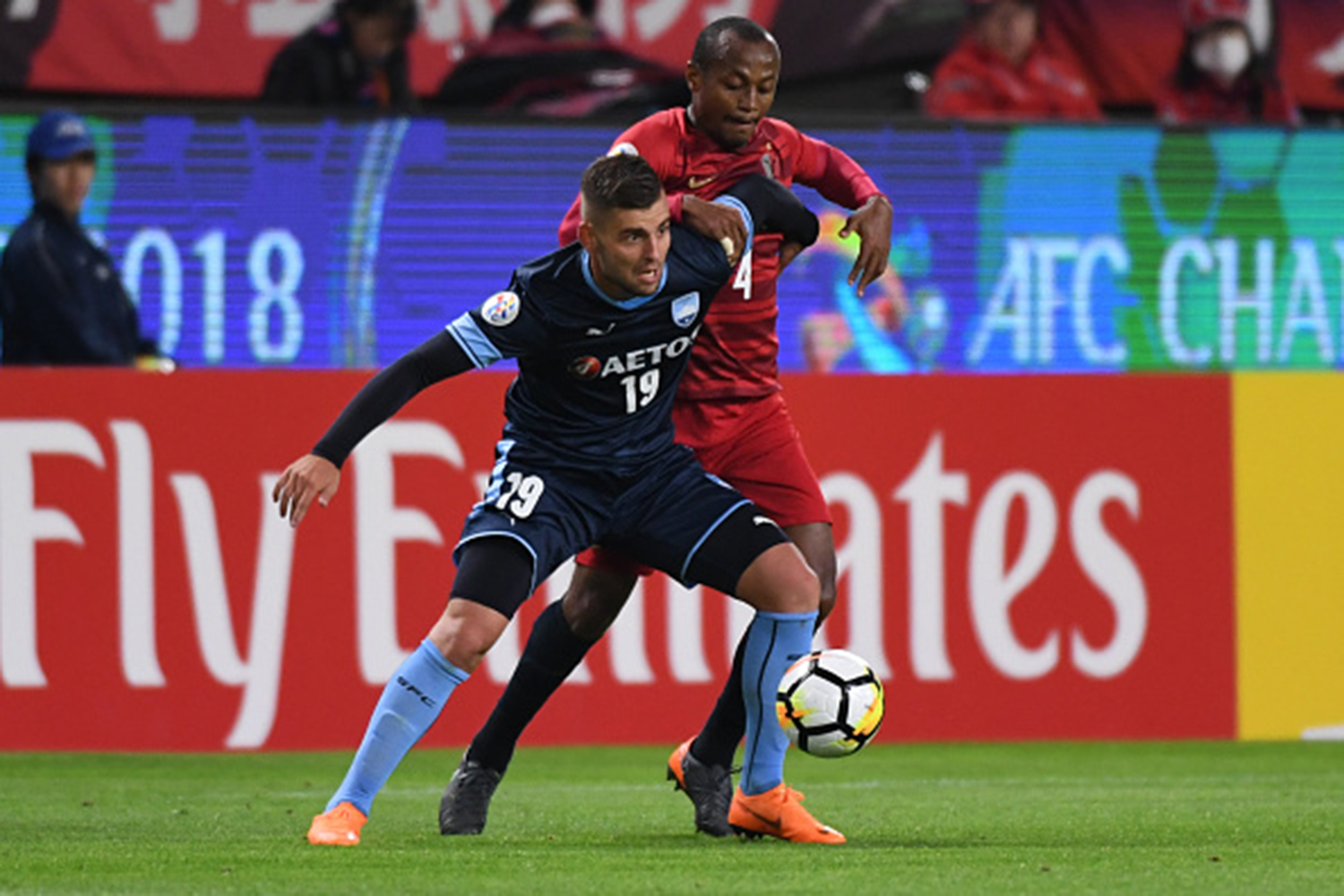 “Trent is a young player that we have monitored over a period of time and we believe he will bring fresh competition for places in our squad. He’s a great prospect and I’m looking forward to watching him develop and grow in the Sky Blue family,” he said.

“He provides an added dimension to the side through his pace and I’m sure he’ll prove more than valuable to the team next season.

“Chris is a great professional with a great work ethic and a hunger to succeed,” McFlynn continued.

“He is a talented young midfielder who’ll continue to develop in our professional environment. He has shown an intelligence beyond his years already and has proved he can not only compete, but excel at this level.”

Meanwhile striker Matt Simon is set to leave the club when his contract expires in the next few weeks, to take up another A-League opportunity.

The 32-year old front-man moves on following a successful three years where he picked up a Hyundai A-League Championship, two Premiers Plate medals, and an FFA Cup win.

“I’ve had an unbelievable three years at the club, and I’m sad it has come to end but the opportunity ahead is one for my family and something I cannot turn down,” he said.

“The support from everyone at Sydney FC has been incredible, particularly the Members who are first class.

“I’d also like to thank the board of directors, the coaching and support staff as well as my team mates.

“I will always remember my time here with great fondness, especially our wonderful successes and those memories will last forever. I wish the club well for the future.”

“While we are disappointed to lose Matt, we fully understand and respect his decision for family reasons. Matthew has been a fantastic servant for our football club and we wholeheartedly thank him for the influential role he has played both on and off the park.

“Matthew is highly respected by everyone at the football club, he gave us everything and never left anyone wondering about his passion for the Sky Blue.

“Matthew will always be part of our history and we wish him and his family all the very best in their future endeavours.”

Simon made 67 Hyundai A-League appearances for the club starting 13 times and scoring five goals. He found the back of the net four times in 12 FFA Cup appearances and represented the Sky Blues nine times in the AFC Champions League finding the net once.

Sydney FC’s squad will continue training until the end of next week before breaking for holidays and returning in early July for preseason training.