With his players making no secret of their desire to take out the three trophies on offer in season 2016/17, Head Coach Graham Arnold has said it is indeed time for the Sky Blues to reward their fans with silverware.

The quest for trophies begins tomorrow night at WIN Stadium against the Wollongong Wolves in the Westfield FFA Cup Round of 32, and Arnold has committed to fielding his strongest side as he goes after the club’s first Cup title.

“It has to be a motivation and drive not only from the coaching staff but the players to win those three trophies, and tomorrow night is the first opportunity to start on that trail.

“I’ve been here for two years, but it’s time [for silverware]. Time for us to reward our wonderful fans and also the people at the club with some type of reward for all their hard work and silverware is what we can provide.

“It will be the strongest available side [tomorrow night],” he continued.

“Filip Holosko is out suspended because of his sending off last year against Perth Glory. We’ve got a couple of niggles that if we were playing in a weeks’ time they’d be able to play, but other than that we’ve got a strong team and we’ll put that out.” 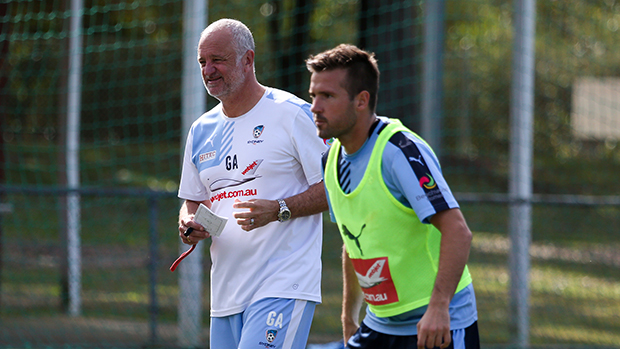 The Sky Blues’ clash against State League opposition presents a potential banana skin, and after seeing two Hyundai A-League clubs knocked out already Arnold urged his squad to treat the match as a final.

Having featured countless times in the NSL, Arnold also recalled his playing days against the Wolves, saying he’s looking forward to returning and contesting another game in the region.

“I think the last few weeks have shown that the state league teams are doing exceptionally well,” Arnold said.

“I don’t think it’s any secret that they’re 20 games into their competition and a bit fitter than the A-League teams at the moment but we’ve got to show our intent tomorrow night from the first game, make sure there’s no complacency, and go out there and treat this game as a cup final.

“Hopefully there will be a big crowd down there tomorrow night, getting the opportunity to support their local team but also seeing Sydney FC up close and live,” he continued.

“It’s a beautiful stadium and a one night only occasion for them so it’s an opportunity for them to impress and we’ve got to make sure we’re up for the fight.

“I played many times against the Wolves. It’s a very proud club and a club that’s got a great history in the old NSL.

“You can still remember the Grand Final against Perth Glory as one of the best Grand Finals in the history of Australian football.

“It’s brought a lot of household names into the game and into the national teams and it’s a beautiful region down there that will always keep providing and producing players. We look forward to the occasion.” 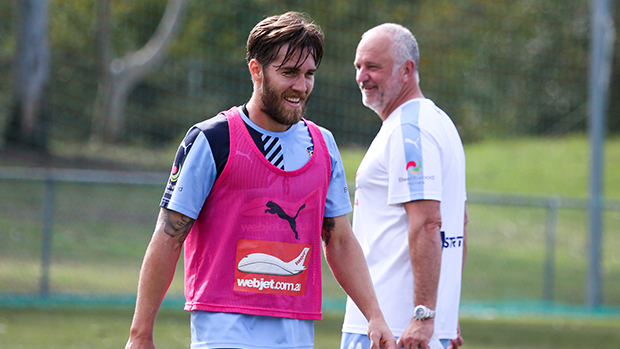 Sydney FC take on the Wollongong Wolves in the Westfield FFA Cup Round of 32 at WIN Stadium, Wollongong on Wednesday 10 August (kick off 7:30pm). Catch the match live on Fox Sports or follow @SydneyFC on Twitter for updates.