Dark Days Are Over For Latsko

Sydney FC striker Veronica Latsko says the road to recovery from her ACL injury has been both gruelling and rewarding as she continues her careful return to action in the Westfield W-League.

The 24-year-old admits the shock of being suddenly posed with an extended injury layoff was tough to handle when she succumbed to the injury seven months ago.

But after making her long-awaited comeback against Newcastle Jets in Round 5, she says it feels like she hasn’t missed a beat.

“Getting back on the field it felt like I never left,” Latsko told w-league.com.au.

“It’s a weird experience and a weird feeling. During the whole process it just felt like forever going through it all, and then by the time the game happened I was like ‘oh my gosh, this is so quick’.”

Latsko starred for Adelaide United in the Westfield W-League last season, scoring nine goals in 12 appearances, but disaster struck for the American forward when she returned to her National Women’s Soccer League side Houston Dash and injured her left knee in a training incident.

She had made just four appearances for the Dash in the 2019 campaign before the injury and spent the next seven months waiting in the wings to make her return to action, but after consecutive substitute appearances for the Sky Blues, Latsko is finally ready to put her challenging journey through rehab behind her.

“There were a lot of dark days for sure,” Latsko said.

“I’m sure any person that has had a prolonged injury will tell you the beginning is really difficult because your life changes so drastically and so fast.

“I honestly wouldn’t have been able to get through without my closest friends in Houston and my family, they really helped me through those dark days and gave me hope when I didn’t think there was any light at the end of the tunnel. 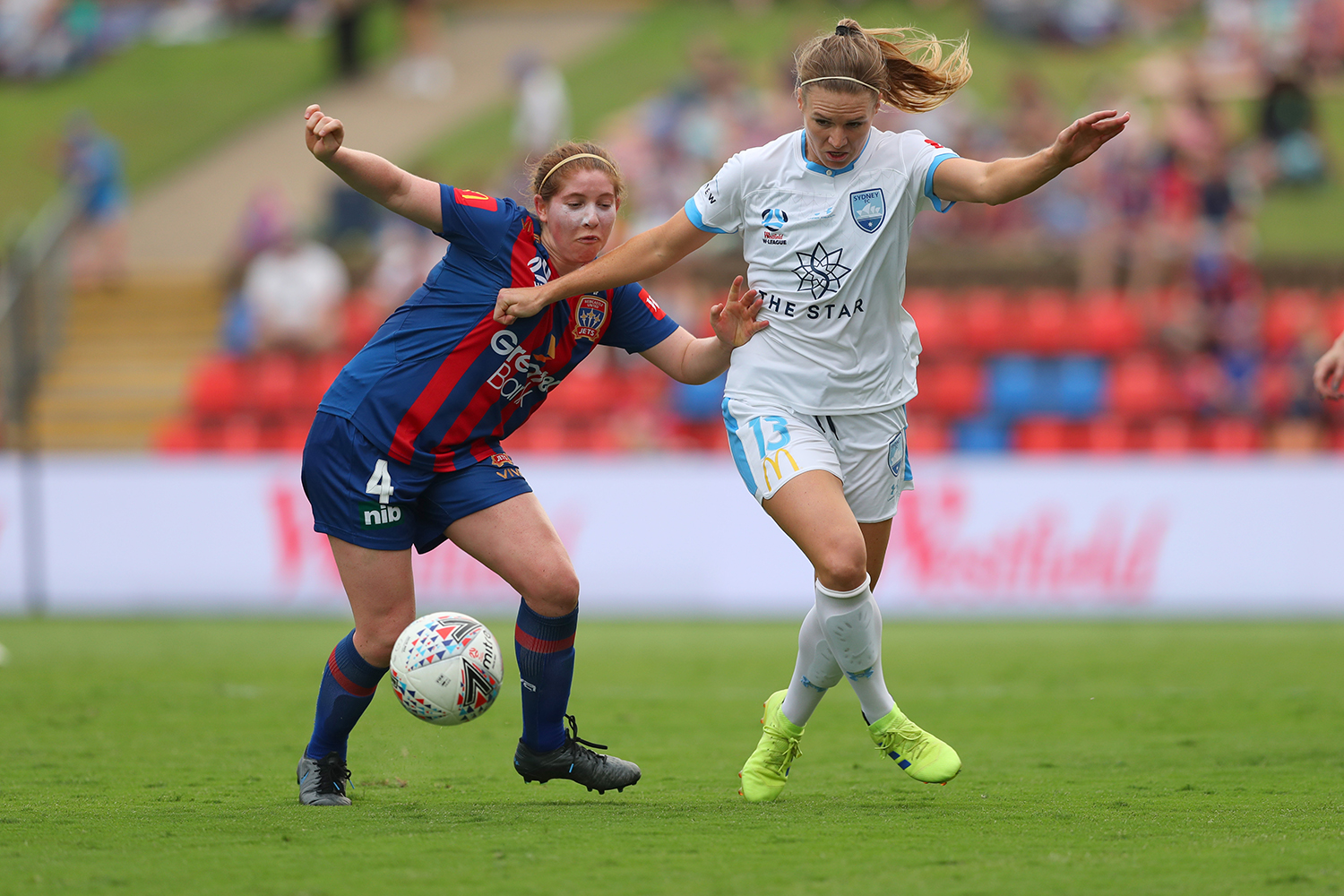 “All the people I worked with to come back from this, they were all incredible.

“My physiotherapist, my athletic trainer, my strength and conditioning coach, everybody just made me want to be at rehab, not just to get better but just to be with them because they’re incredible humans.

“It was just awesome, I met some incredible people.

“Everything happens for a reason. I know there was a reason for this injury to happen and maybe it was to meet these incredible people, otherwise I wouldn’t have done.”

Latsko says she can’t wait to get more minutes in a Sydney team the striker speaks very highly of.

“I think our team is so incredible,” Latsko said.

“They’re so much fun to watch. The way they combine with each other, the way we attack, we don’t have one style of play or one person who scores goals, every person on our team is dangerous.

“To be a part of something like that is so much fun, there’s so many different combinations you can see on the field with all the different attacking players it’s something I really haven’t experienced in a long time and it was really fun to play in.”

A budding strike partnership between Latsko and Westfield Matildas star Caitlin Foord looked a very enticing prospect for Sydney fans but so far another Sky Blue is stealing the headlines.

Remy Siemsen has filled her boots, scoring six goals to lead the Westfield W-League Golden Boot race, providing Latsko with plenty of competition for a spot in Sydney’s attack.

But Latsko couldn’t be happier for her young teammate, who she says is inspiring her to improve and perform at her best as she watches Siemsen’s meteoric rise go from strength to strength.

“I don’t think it applies pressure but it kind of inspires me,” Latsko said about Siemsen’s red-hot form.

“You see how young Remy is and she’s playing out there with all her heart and it just makes me want to play with everything I’ve got too.

“Sometimes in a professional environment you need that boost of confidence and after that first game she got that, she showed she is a good player and she showed she should be watched, she should be someone to look out for on the team because she’s an incredible athlete.

“At the end of the day this is a team sport, you’re playing for each other and nothing is better than that.” 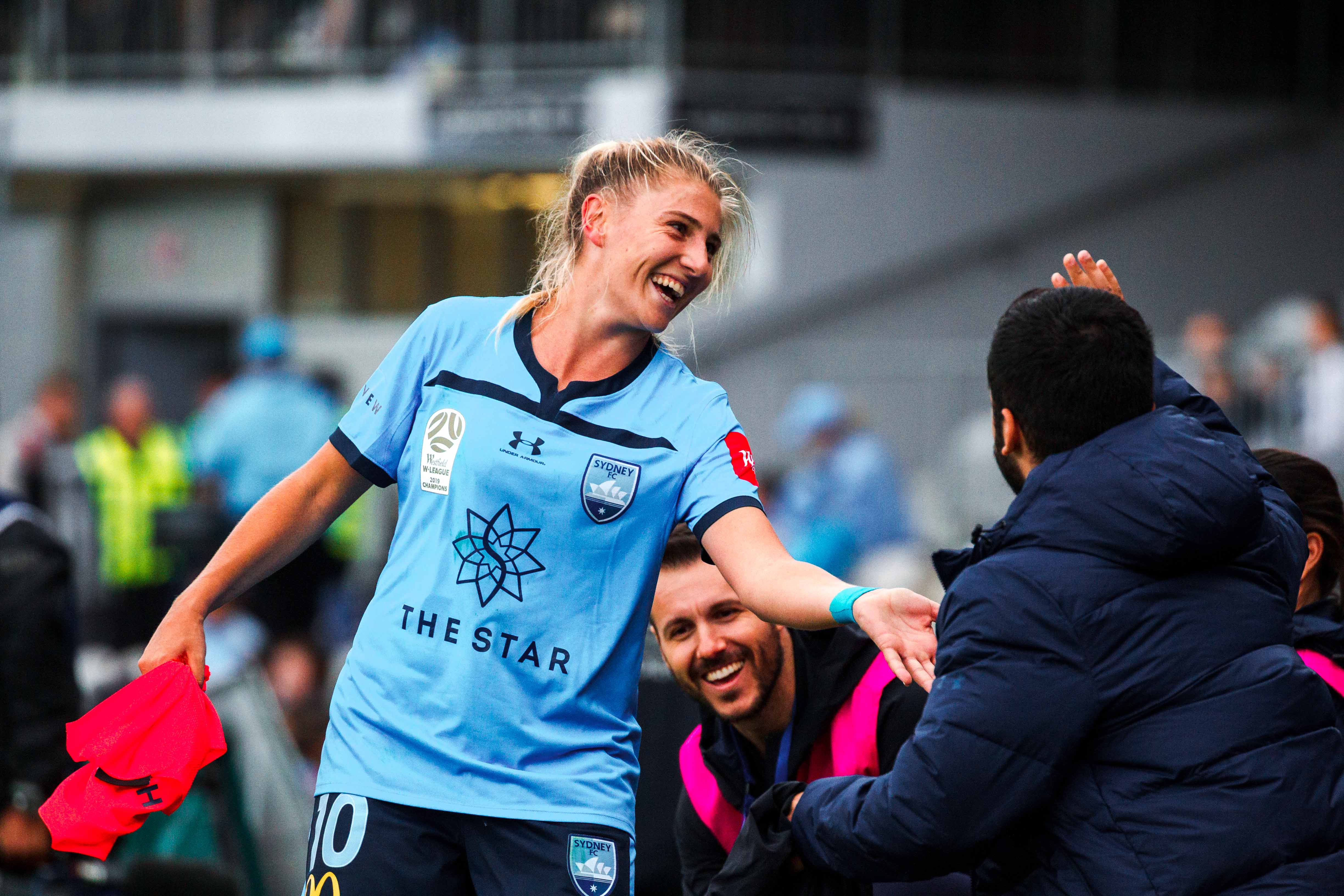 The Sky Blues will look for an instant reaction to their crushing Sydney Derby defeat when they come against an Adelaide United outfit bereft of confidence.

United have suffered five losses in a row this season but having lost each game by one goal Ivan Karlovic’s side will feel they’ve been extremely unfortunate not to have a single point to their name so far.

It shapes as a strange occasion for Latsko who comes up against a squad largely unchanged from the side she starred for last season, and knowing the qualities of her former teammates and now rivals Latsko says United are not a team the Sky Blues can afford to take lightly this Sunday. 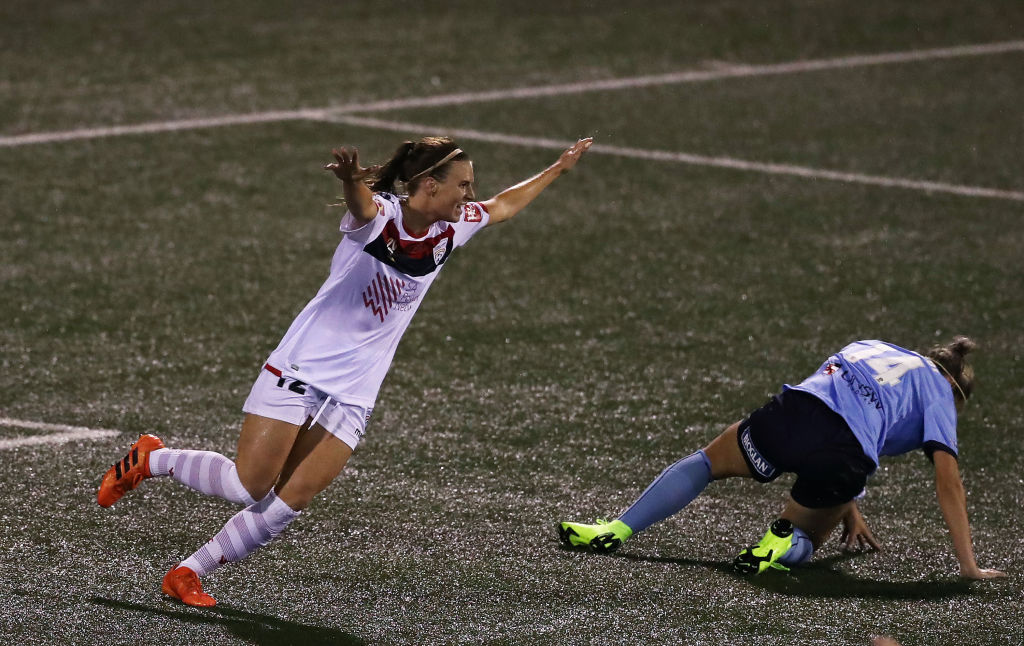 “It’s going to be one of the hardest matches this season, for me personally, and our team,” Latsko said.

“I’m excited to see all the girls in Adelaide, they’re all such wonderful humans and I miss them.

“It’s been a difficult season for them, I give a lot of credit to the girls on the team because I know what it’s like to lose several games in a row.

“It sucks – for one, no one wants to do that, and two it’s mentally hard and a burden to get out of that rut.

“I think that makes them ten times more dangerous coming into this game because they have nothing to lose, I think they’re going to throw everything at us.”